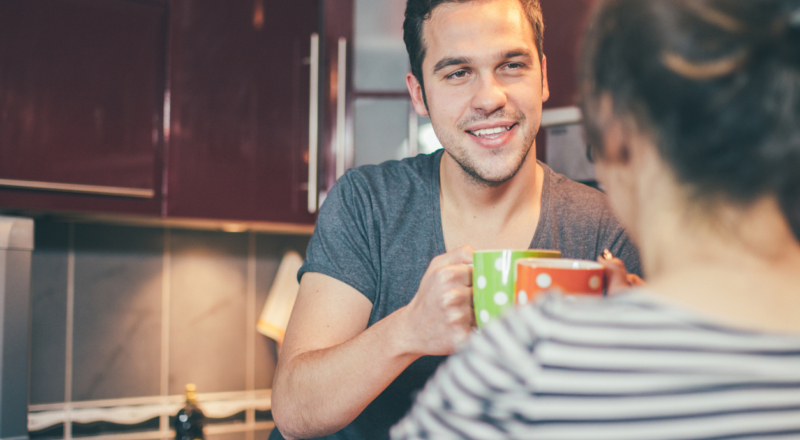 What I've learned about our attitudes to speaking Irish

Written by Calum Cooper and posted in opinion

I wanted to gain a better understanding of the attitude of my peers towards Irish, as I had heard a lot of different opinions and perspectives on the subject, so I ran some polls and surveys on Instagram, in which any of my followers (mostly young people from Dublin & surrounding areas) could express their views and opinions on the Irish language and the way it's taught.

Very few of my friends like Irish as a subject. In fact, very few people I know like Irish as a subject. I've been called “rude” or “arrogant” behind my back for speaking in Irish to civil servants such as with the Gardai (in a polite manner, of course). This isn't a case of me walking up to randomers in the street demanding we speak Irish, like that infamous video of Enda Kenny refusing to speak English in the Dáil to an Irishless Mick Wallace. This is a case of me speaking Irish to a member of the Gardai, a civil servant.

The responses to my poll and survey showed clearly that my peers want to be able to speak Irish, but have a huge problem with how it's taught in school. The general attitude of people my age is that Irish is taught purely so people pass the exam, and not so they become better speakers. Oral exams are an important part of learning a language, as they ensure the person taking the exam is competent in speaking the language in conversation, rather than just writing it out (which allows more time to think, etc).

While the amount of people inclined to send their children to Gaelscoileanna is increasing, a 2015 DCU study found that 70% of people in Ireland feel that most people don't care one way or the other about Irish. I would go one step further and say that some people harbour a resentment towards Irish purely because of how badly it's taught.

The manner in which it's taught is by far the biggest complaint I've heard from people when discussing Irish. Having it drilled into you, having to learn all these sraith pictiúrs and prós and “timpiste a tharla dom”, just learning things off by heart in order to regurgitate them to an examiner. This does not result in being able to speak Irish fluently.

We should have a better knowledge of conversational Irish, but as we're taught to regurgitate “agus bhí mé ar mhuin na Muice”, we don't have the Irish needed for every day conversation.

I think Irish could become something that's used more often. In my survey and poll, 3/4 of my peers said that they'd speak Irish in conversation if they knew that they'd be understood. Unfortunately, not enough people are confident in their Irish, which means that despite the rise in support for Irish, there's a decline in people actually speaking Irish day to day outside of education system.

A step I've been taking is asking my friends if they can speak Irish, and if they can, asking if if we can speak in Irish rather than English. This has helped me exercise my Irish vocabulary as I have to look words up and constantly expand my vocabulary.

It's great to see an increase in interest in Irish, but the fact that that's coupled with a decrease in Irish being spoken is worrying. There may be some hostility, but that's far outweighed by the positivity. I'd like to see Irish taught in a manner that inspires young people to actually speak Irish. Obviously this is quite a big undertaking, but I think it's a very important part of our heritage, and definitely worth preserving.

Young people can join youth clubs which act as sort of Mini-Gaeltachtaí, which can really help improve Irish even just through using it for an hour and a half every week or so. I'd highly encourage people to join such clubs, as they can really help you improve your language skills by forcing you to use words in Irish you normally wouldn't. The most important part of preserving a language is actually speaking it. It's grand just talking about its importance, but speaking it is a whole different matter.

Share this article -
Published March 7th, 2019
Last updated Sep­tem­ber 18th, 2020
Tags opinion irish language irish oral exam gaeilge
Can this be improved? Contact editor@spunout.ie if you have any suggestions for this article.