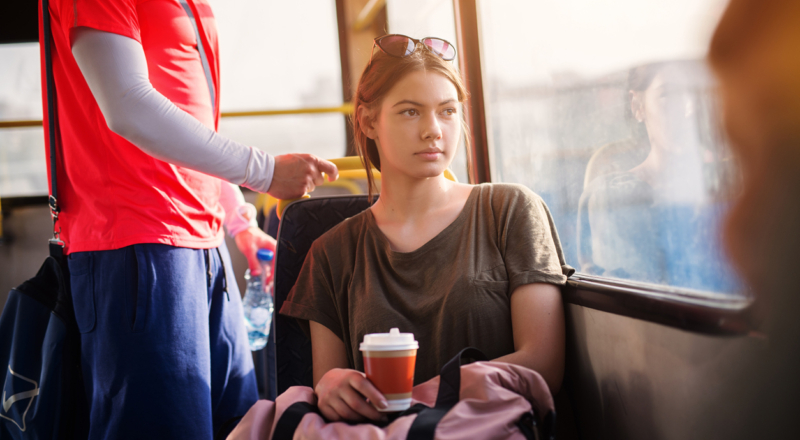 What I've learned from commuting to college

After commuting to college for a year, Tara shares her experience and some important lessons

Written by Tara Mahon and posted in opinion

For my first year of college I commuted everyday. In the beginning it was working out well but the early mornings and late evenings began to take a toll on me. My commute was meant to take just under an hour and a half each way to and from college but it ended up taking two hours most days due to rush hour traffic. I also lived half an hour drive away from the bus stop so that time was added onto the bus journey. Waking up at 5.30 every morning was not fun and getting home at 8 o’clock meant I was always too tired to do anything after a long day of college. Taking the exact same bus route twice a day was very boring and mind-numbing.

I was starting to feel helpless and was not enjoying my commute to college at all. Even while I was in college I would feel tired during the day and didn’t enjoy my time there that much. This led to me not going into college everyday when I only had one or two lectures as I felt it was a waste to wake up so early and stay in college so late for only an hour or two of class that I could catch up with online.

In second semester I knew I couldn’t keep this up. There was no accommodation available for me closer to college so I decided to try a new way of commuting. I started taking the train to college. Of course because I live in the absolute middle of nowhere, this meant I still had to take a car journey for half an hour to get to the train station, take the train for an hour and then get a bus for half an hour to get into college. This also meant that it would be slightly more expensive for me to get to college each day by about €5. I thought I would give it a go as it meant I could take the train just before nine o’clock and only having to wake up at 7.30. This is still very early for a lot of people but it was much better than the alternative! I also had the freedom of getting earlier trains home when my lectures finished early, rather than having to sit around and wait for a bus. Once I gave it a week trial run I was much happier. I had more time to sleep in the mornings and had more time for myself in the evenings. The fact that I had to take a train and a bus twice a day was daunting at first but the journey didn’t feel as long because when I changed to get the bus, it broke up the time for me. The extra cost each week was worth having the extra time everyday.

Now that I am in my second year of college and living a twenty minute walk away from campus, I praise people that commute for their entire college course, whether that is through necessity or their own choice. Even though my opinion on commuting changed in my second semester, I still knew I would not be able to keep it up for my next year. I was lucky to get accommodation as I know so many people that couldn’t find a place to stay and have to endure long journeys daily. I am glad I commuted as now I have seen the two sides of college life; early mornings and missing out on extra curricular activities as I didn’t have a place to stay or a way home later on in the evening, and being lucky enough to have the chance to walk to college and take part in activities that happen out of college hours…. and nights out of course!

So here are some things to remember:

If you do have to commute and don’t like it, do not let it get in the way of your studies. There may be alternatives that you haven’t thought of.

If you choose to commute, remember that there will be nights out that you will have to find a place to stay, early mornings that you won’t want to get up for and hours of sitting on a bus/train/car weekly.

While you are commuting use your time wisely. It’s easy for some people to just sleep until they get to college but it’s a good idea to use your time travelling for your own benefit by reading or working on assignments. If you can’t read while in a vehicle, try listening to a podcast or an online version the book or class.

It won’t be forever, even if it feels like every day drags by. It will all be worth the early mornings, late evenings and hours of commuting.

Share this article -
Published April 1st, 2019
Last updated Octo­ber 25th, 2020
Tags opinion commuting college
Can this be improved? Contact editor@spunout.ie if you have any suggestions for this article.