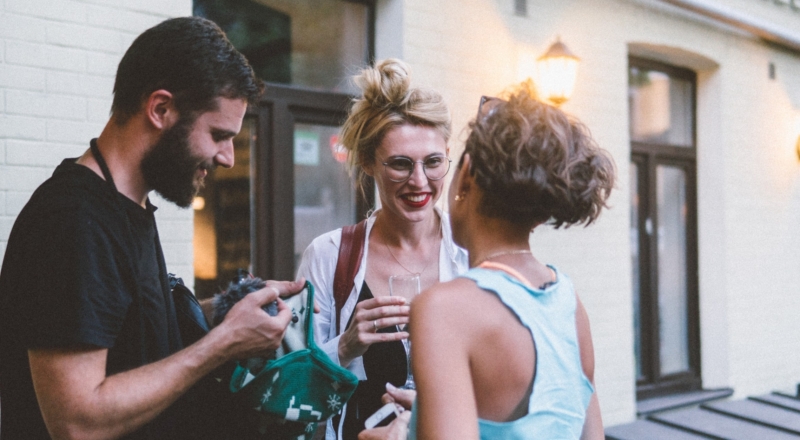 Why cancel culture achieves nothing

Written by Jessica Harte and posted in opinion

Social media gave freedom of expression a brand new platform and vast coverage. With widely different opinions clashing all of the time, first came very passionate debate, usually involving people from all over the world. This had huge potential for learning from people of different cultures and for creating a more educated and inclusive world. The problem however became aggression towards people with different views. In recent years, I think this aggression has built up and has led to the cancel culture that we have today, where people are shunned and publicly shamed for their differing opinions.

What does cancel culture achieve?

We must ask ourselves what does cancel culture do? I feel some people think we are fighting a battle and by silencing those with differing opinions, we are ensuring victories for different movements like the #MeTooMovement, the Black Lives Matter Movement and the LGBTQIA+ Movement. But with cancel culture, I think these are largely empty victories. Those who are silenced continue to think the same way and others are merely afraid to share their opinions. There is no education, no advancement on our way to an equal society, and no positive action. I fear it will allow us to become comfortable with doing the bear minimum and allow us to think “oh I did something, that will do.” Positive action is the only real and meaningful way forward.

This complacency is all too clear in the corporate world. Cancelation of low level staff who end up in trouble online has become the latest gesture. These actions tick the “good publicity” box and ultimately allows those at the top to remain in power. While on the surface the acts seem like a victory, they bring about no meaningful change. For example, people from minority backgrounds still have the same hoops to jump through in the workplace, and no petitioning or lobbying for change has occurred. We must demand more from the companies we do businesses with, supporting those who have a diverse group staff at all levels of the company, who won’t tolerate racism, sexism or ageism, and those who fight to better our environment. It is far easier to care in an empty way, in an attempt to attract positive attention. Real change is hard, but is something that we are all going to have to get used to.

The cancelation of historical figures is a very scary notion in my opinion. We are already missing so much of our history, with the whitewashing and gender bias that historical figures battled against, we cannot lose anymore. There are endless lessons to learn from history, and so much understanding of how we got to where we are today is to be found in the past. To begin to delete historical figures creates a very dangerous precedence. George Washington has found himself in the spotlight recently. An American forefather, a man who fought for the liberalisation of American people, but who had slaves. This is clearly not good enough and should not be justified or accepted in today’s world. But I think we cannot use the opinions or actions of people in history as an excuse to cancel them. There is nothing wrong with calling out the wrongs, but it would be a grave injustice to ourselves and future generations to change our history. The lessons it offers are far too crucial.

Cancel culture has seen varying success rates. Harvey Weinstein on one end, with complete public cancelation, and Donald Trump on the other, who has sailed through offence after offence and still holds one of the most powerful offices in the world. The power the cancel culture has for silencing is varied but the power it has for change is very limited in my opinion and it is here the problem lies. It creates an illusion of change but that illusion is no longer enough. What is more important is to build a culture of accountability. We need to show that as a society we won’t stand for certain behaviours and we need to inspire change. We need to leave room for conversations, reflection and self-education. We need to hold ourselves and each other accountable going forward, not by silencing each other but through education and higher expectations.

Share this article -
Published Sep­tem­ber 10th, 2020
Can this be improved? Contact editor@spunout.ie if you have any suggestions for this article.