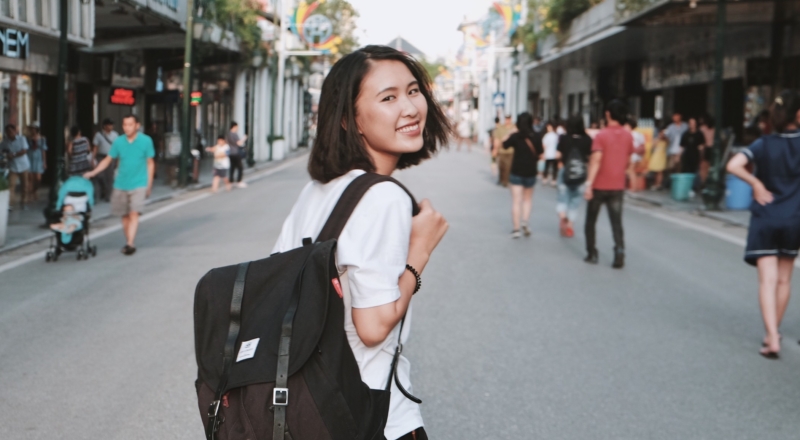 Why I decided to run in the Student's Union elections

Written by Caitlin Grant and posted in opinion

Speaking as a first year in university, I have to admit, fitting in isn’t as easy as I had imagined it would be. I found the first few weeks overwhelming. Everything was so new to me, I didn’t know anyone and because I had to commute everyday, I couldn’t get as involved as I had wanted to. When it came around to electing a class rep I put myself forward and when it came around to electing a humanities and social sciences rep, I put myself forward again. Engaging with the students union has helped me learn what goes on in the university, make friends outside my course and get involved in the activities on campus. I hope to encourage other people to put themselves forward as candidates next year whether you’ll be in your first year like me or wanting to push yourself in your final years.

Why I put myself forward

I’ve always been passionate about politics and being able to get people’s voices heard. I believed I would be able to bring my past experiences in working with young people, mental health and career links to the union while making sure the students in my faculty would be represented fairly and equally. It would also give me a chance to throw myself into university life by working with the union and communicating with students to understand their issues.

When applying you have to get a certain number of supporters depending on the amount of people in your faculty or the amount of people who can vote for you. You also have to choose a campaign manager, I have to say I got extremely lucky on that one. This person will help you with the pressure of the campaign and will support you through every step of the way.

Soon after you’ve applied there’s a candidate briefing. This is a meeting where you get to meet everyone running for the students union; president, vice presidents, faculty reps and officers. It’s a chance to network, learn how to run your campaign, get to know the rules and those competing against you. The campaigning itself goes on for two weeks.

The first step is designing posters to print and cover the walls with. People are more likely to vote if they recognise your face. There are a few free websites you can design these on but we used Canva. Then it’s all about getting social media pages up. The most popular ones would be Facebook and Instagram although some people did use Tik Tok too. You can easily post updates throughout your campaign on these. Every candidate has a budget that will get reimbursed, this ensures that there’s a limit on the amount spent during the campaign which makes it equal.

I think that ordering stickers worked really well because most people are happy to wear one. One of the most important parts of the campaign is doing class addresses. This involves going to the start of lectures to give a quick speech about going for the role and what you would do. You can also organise events and give out food, it’s up to you how far you want to go with it. The biggest opportunity we had to talk to students and make ourselves stand out was at the hustings. This is where each candidate give a short speech on who they are and what they’ll do if elected, talking in front of potentially the entire university.

The last two days of the campaigning are the most important ones because they’re the days where people are actually out voting. I found these days the most exciting but also the most overwhelming. You could see that most of the candidates were getting anxious and that the lack of sleep was catching up on them, but their strength in pushing through until the last few hours was inspiring.

Finally, at 9pm the voting stopped. At 10pm everyone gathered into the students union building where we waited for the results. The atmosphere was incredible. Everyone was in great spirits talking together, it was one of those moments where it didn’t matter who you were as we were all in it together. I hoped that I would get enough votes just to get the quota I was given (299) so when I got 517 votes I was shocked. I’m so grateful to everyone who voted and I can’t wait to start working next year.

Whether you want to run for a position or support a friend who’s running, getting involved is an amazing feeling. The campus atmosphere changes to an exciting and busy one. It was an incredible experience bringing people together and feeling that huge sense of support. I would encourage anyone and everyone to throw themselves into it and put themselves forward because you really never know what’ll happen until you try or how far you’ll go. I feel like I finally fit into university because of running for the elections and I’m looking forward to representing people in the next academic year.

Share this article -
Published March 27th, 2020
Can this be improved? Contact editor@spunout.ie if you have any suggestions for this article.

What are the benefits of volunteering?
How to make the most of your time in college