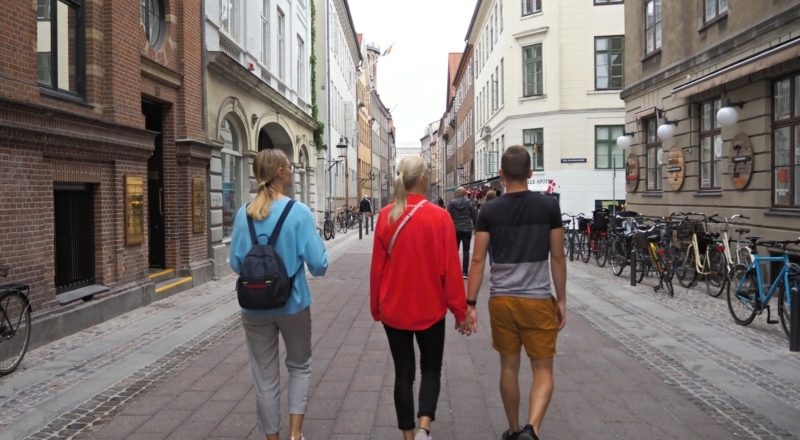 Why the European Union has so much to offer young people

What is Europe Day?

Europe Day, on the 9th of May every year, is dedicated to celebrating peace and unity in Europe and the European Union. The date marks the 'Schuman Declaration' in 1950, where the French Foreign Minister put forward his ideas of political cooperation in Europe following the damage done during World War Two, promoting peace and cooperation between nations, and ensuring war would be impossible again.

This declaration led to the formation of the European Coal & Steel Community, which transformed into the European Economic Community. Since 1993, it has been known as the European Union, with 27 member states including Ireland being part of the single market and free movement of people.

Despite issues such as COVID-19 and Brexit, it’s clear to see that European countries have come together to solve common issues for its citizens and joint decisions can be made to benefit all its member citizens.

What does this mean as a young person?

For young people, it can be a reminder of the kind of opportunities there are for young people to feel active as a European citizen and be active in a wider context with other young people.

I am a Eurodesk Ireland Ambassador. Eurodesk is a European Youth Information website and being an Ambassador for them has made me realise up about how much opportunities there are to get involved in Europe and a reminder of what Europe used to be in its history, from World War Two and the Cold War, to now free movement across member states and the ability to work and study without needing a visa.

Some of the Eurodesk initiatives for young people can include the European Solidarity Corps (ESC), which allows young people to volunteer abroad for weeks or months in another EU country only a few clicks away from reality. It can also be simple steps, such as emailing your Member of the European Parliament (MEP) to ask them to speak up on issues that you feel passionate about, such as climate action, migration or consumer rights online.

Why I'm passionate about Europe

Being able to connect with young people all across Europe is an amazing experience. The ability to share a common identity as a European citizen is unique and makes a connection that would not be possible otherwise.

Sometimes Brussels (and Strasbourg!) feel so far away and difficult for young people to engage with what happens there. Yet, by meeting MEPs, connecting with young people through Model European Unions and the European Youth Event, even if online now, can still create the excitement of many people coming together.

Most of all, if you are fortunate to have a Europe Direct Information Centre near to where you live, it can be a great way to ask any question about the European Union and opportunities for young people. My local one allowed me to ask MEPs questions directly and engage in workshops, with the European Commission ensuring to follow up and even invite me to Brussels in the future.

I would urge anyone who is passionate about Europe to make sure they celebrate Europe Day and how much it means to them. Despite its issues, Europe Day allows us to look back on the European Union, what it was meant to solve, and how it has ensured peace on the continent for decades. Young people are the future of the European Union, so it is important that we make sure our future is brighter than ever.

Share this article -
Published May 7th, 2020
Last updated Sep­tem­ber 18th, 2020
Can this be improved? Contact editor@spunout.ie if you have any suggestions for this article.