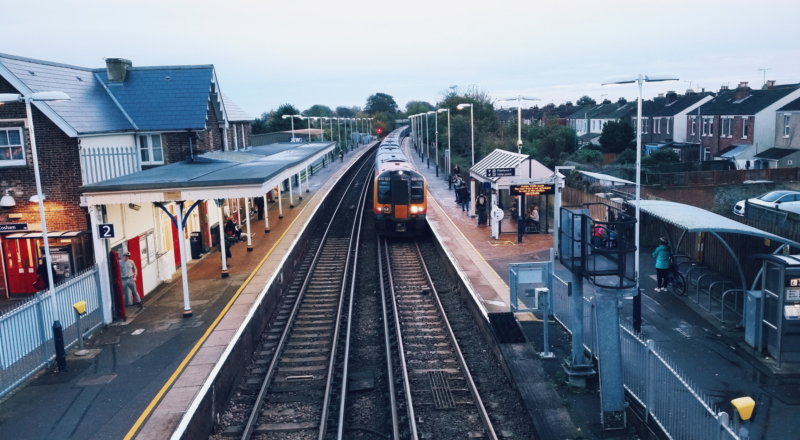 Why we need a better public transport system

Written by Illan Dunne and posted in opinion

With our world shifting to a greener and more sustainable future, public transport has been thrust into the spotlight. This is an area in which much of the debate of sustainability has been centred. Yet public transport has more to offer than just environmental benefits. It is an economic and social goldmine, one that has been underfunded and underdeveloped for too long in Ireland. This is seen most strikingly in rural Ireland, or rather anywhere in Ireland apart from the cities.

With high prices and odd timetables, public transport in the countryside is inaccessible and inconvenient. There is simply no incentive to use them, but that does not mean people do not want them. There is a plethora of benefits for a well-funded public transport system, economically as well as socially

A better funded transport system that connects local communities together will need local bus drivers and train operators who know the locality. This means career opportunities for smaller communities around Ireland, something which is a perennial problem for many young people in particular. The lack of employment opportunities in rural Ireland forces young people to migrate to the cities, which then deprives the countryside of infrastructure investment as the cities need to cope with this influx of people. Investing in infrastructure and the roles that come with that, is investing in young people’s employment opportunities.

Keeping labour in local communities may incentivise businesses to migrate to the countryside. Employers would also have access to a larger pool of labour if workers could easily move from town to town. We see this already in towns which have a railway station. They are typically more developed and better funded than towns without, because businesses are encouraged to invest in the local infrastructure in order to increase their own revenues. In areas of rural Ireland, where private investment has been sparse, a great public transport system could ignite successful economic development, key to its survival.

If the consumers can easily choose which town/village to shop in, thanks to reliable and consistent public transport, it allows for increased competition between the small businesses. A competitive market keeps businesses on their toes, reducing prices or making attractive promotions. It also encourages businesses to get creative and get involved with the local communities. Small businesses often sponsor community activities and events, raising and donating funds. This is great for the community but also for the image of the business. Everyone profits.

It is difficult to measure what a social benefit is. However, from my perspective as a young person, being able to see friends and family with ease would be incredible for mental health. For the elderly it may help combat rural isolation, a rather invisible issue that deserves a topic of its own. The reduction in loneliness and isolation, as this pandemic has shown, does an enormous amount of good for our mental health. A healthier mind means a healthier body.

Becoming independent of a parent or guardian is a journey every young person must take. Reducing your reliance on lifts is something a lot of young people would appreciate. A consistent public transport system will allow for greater independence for young people. It allows young people to connect and develop relationships outside of school that are also cross-community.

Linking villages and towns together will create a wider sense of community which is essential for those communities which have steeply declined over the decades. Inter-community projects or friendly competition would be easily facilitated if say a club could take a bus that was not privately hired to another town. The sense of belonging is at the centre of Maslow’s Hierarchy of Needs, highlighting its importance for everyone. This can be cultivated through a great public transport system.

Humans are generally social butterflies. Coming into contact with one another, feeling a part of the community, are things many of us could not live without. We desire to wander and meet each other and a successful system of public transport will achieve just that.

What Can We Do?

The Program For Government makes weak commitments to public transport, promising at best to “review” the current system. To fund rural transportation there must be political will in the Oireachtas to do so. This can only come from us, the people. You and I, and every Joe Soap can put pressure on our local representatives. As young people, we are in a unique position to influence our future, a future in which local communities are better connected. We need to show the Oireachtas that this is a huge issue for all of us. Writing letters, emailing, and attending TD Constituency clinics are all ways in which to promote the importance of a properly funded public transport system. Creating campaigns in local youth clubs and your schools are another great way to shine light on this. County Councils are responsible for our roads. Write to them too. A better road network will encourage investment in public transport. Any way in which you can raise awareness on this issue will be worth it. You have the ability to demand your future, use it.

Our current system cannot stay. In order for our country to progress we need a proper, well thought out, public transport system.

Share this article -
Published August 18th, 2020
Last updated Sep­tem­ber 18th, 2020
Can this be improved? Contact editor@spunout.ie if you have any suggestions for this article.