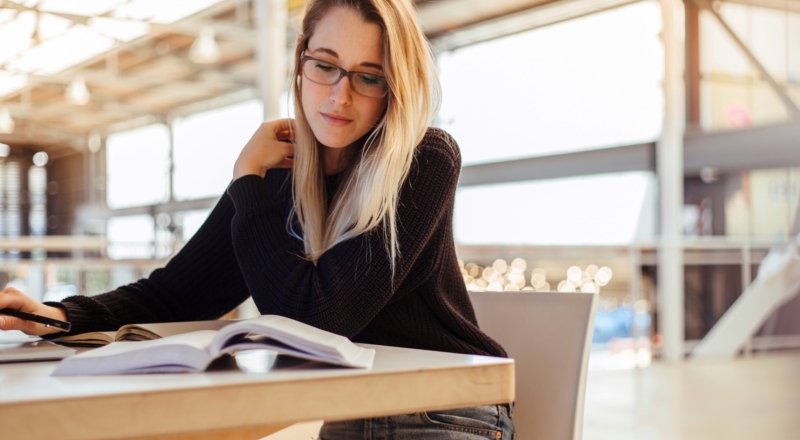 Why I'm worried about my CAO offer

Written by Lorna Griffin and posted in opinion

I repeated my Leaving Cert in 2019 and received points that I was extremely happy with, however I hadn’t put the course that I actually wanted as my number one choice on the CAO because I didn’t expect to get the points for it. My two older sisters are in college also and I decided it would be best if I took the year out to get a job and earn money so that I could help my parents with college fees. I also felt I would regret it if I didn’t take the year out and apply through the CAO for my dream course of Pharmacy. I was very confident that I would get the course as I had the necessary points.

The impact of COVID-19

Unfortunately in late February 2020 it became clear that COVID-19 was becoming a global pandemic and Ireland fell into a lockdown on the 27th of March.

At first there was a level of shock and fear that took over. After a short period of time people began to ask questions about how this would affect students that were to complete their Leaving Cert in 2020. I can only imagine how stressful this time must have been for these students who had been so close to their orals at the time.

I first became worried that the Department of Education and Skills were not taking every CAO candidate into account when they decided to give every student 100% in their orals and project work which would undoubtedly have put these students at a huge advantage when it came down to the points race against previous Leaving Cert years. Although that decision was later revoked as the Leaving Certificate was cancelled, it was quite clear to me that people in my situation were going to have an issue.

When the decision was made to use the calculated grade system I emailed many TDs and I was ensured that this years’ Leaving Cert points would not be inflated and would remain a very similar national average as every other year. Taking into consideration the unprecedented circumstances I felt comfortable that a similar national average was fair and a certain amount of change could be allowed for as it would be extremely difficult to find a situation that is completely fair to all CAO candidates.

Some might argue that the 1250 places being added will even this out, but I’m not so sure. The Irish Independent published an article showing that there has been a huge surge in applications for high level courses with over half of CAO applicants changing their course choice in May/June. To me this shows that students felt confident that they were going to receive higher points than a normal year with the calculated grade system. This to me means that these extra places are going to be filled quickly by students with inflated points and not CAO applicants with results from previous Leaving Certs.

It is extremely unfair that people who sat a Leaving Cert in previous years are now at an extra disadvantage. I really think Minister Foley and/or Minister Harris should acknowledge that the decisions they are making to help these Leaving Cert students are putting a huge group of people in a very poor position and is affecting their futures also.

There are multiple ways to ensure fairness to all CAO candidates, one of them being holding a percentage of places in courses for CAO applicants with previous Leaving Certs. This would imply that students with Leaving Certs from previous years would compete with each other and that the CAO would not be attempting to compare apples and oranges by comparing this year’s Leaving Cert with any other.

There are many people in my position tweeting and arguing that people with previous Leaving Cert points should be measured where they were in their own year’s bell curve, and then take whichever percentile they were in and transform their points into what they would have received in this year’s Leaving Cert. This method sounds complicated but I think it is actually very simple for the department to do this, and to me it seems like the outcome with the most possibility for fairness.

Whatever the solution, I think there needs to be more consideration of students who sat their Leaving Cert in previous years to make sure they’re not at any disadvantage. This is an extremely stressful situation for us too as it is our futures as well. I completely understand that it will be difficult to come up with a solution that is 100% fair for everyone however the gap has to be narrowed in some form, and just because it is hard to find the solution, doesn’t mean we shouldn’t try.

Share this article -
Published Sep­tem­ber 4th, 2020
Can this be improved? Contact editor@spunout.ie if you have any suggestions for this article.

Want to talk to someone about the CAO?
How to handle exam results anxiety
How to appeal a calculated grade