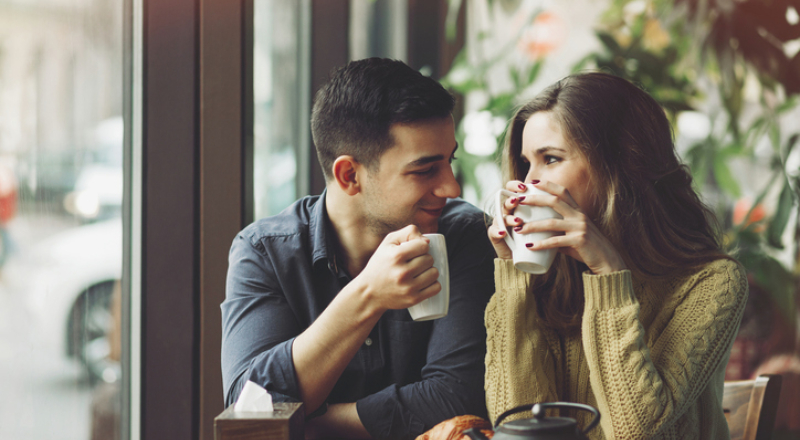 Will you shift my friend?

Tinder. First Dates Ireland. Chatting some lad on Facebook. Saying “Yeah” when you’re on a night out and you're asked to shift someone’s friend. Getting someone’s Snapchat post-makeout and never talking to them ever again, especially once you realise he already has a 4day streak with one of your housemates. Dancing with some other fella a half hour later and getting dirty looks from all the other girls who he was after as well. Can you describe Irish dating culture? Does it even exist? Have the definitions of what is a “date” or a “relationship” changed, or has it always been this confusing?

I’m not one to bash it, especially since I’ve benefited from it somewhat. However, I think the age group between teenager and adult at this time are part of a huge transitional period that makes a lot of things, especially dating, very complicated. We are part of an in-between stage – one side knows only of the traditional dating world where people get asked out and picked up and go to dinner and a movie and see each other for a few weeks before making it official, and the other side really only knows of the protocol of online courtship.

The problem us in-betweeners have, I think, is definitions. What is a date? Does it count as a date if he only asked if you wanted to meet up in town? When does it become not-okay for someone to be dating to or talking to other people? Is officially official only after “the big convo”?

I remember the first time I was asked out by a real person who wanted to go on a real date with me. I was walking down a road very close to where I live, and on the opposite side of the road, walking in a different direction, was a young guy. I had earphones in so as you can imagine I probably had some mystical confident air about me – one that seemed to come off as obvious when I looked across the road at this younger chap and smiled.

I kept walking, not even thinking twice about it. The tap on my shoulder was a complete shock. Anxious as I am, I spun around ready to defend myself only to see this tiny innocent face looking back at me. I pulled out the earphones and smiled, apologizing. “Excuse me, it’s just that I saw you across the road and I think you’re gorgeous. Would you go out with me sometime?” he said; I’m probably paraphrasing. I remember this event always and think of how my first instinct was to decline this guy’s offer, even though he was perfectly decent and this was possibly the most romance I’d had in my little life up to that point. In fact, to this day it remains one of the most romantic things that have ever happened to me – so why did I say “No”?

Maybe it was shock at the time. You get shocked, the emotional cousin of fear, and so you go with the safest option. Saying that I didn’t want to go out with this guy seemed like the safest option only because the situation was so unfamiliar. By unfamiliar I do of course mean “How come no one told me this happens? I thought it was only a thing on the Disney Channel for tiny 12 year old American girls!”

There are enough commentaries being made on pubescent sexuality by people that are much more qualified than me to comment on those types of things, but the issue of the day of course always comes back to safety. I spoke above about how the upcoming generation optimises the dating pool by using technology – it’s to be expected, when they are born with an iPad before their only too-willing-to-be-mesmerized eyes.

But the line must continue to be tread – when the world evolves at an increasingly rapid pace, how do we evolve with it? How do we respect the emerging qualities of each new era, while keeping that era relatively safe and un-traumatised? More to the point – what the hell is Irish dating culture? Those are the questions I don’t believe an expert could answer.

Share this article -
Published August 4th, 2017
Tags relationships dating tinder
Can this be improved? Contact editor@spunout.ie if you have any suggestions for this article.

Is online dating right for me?
Tinder Safety