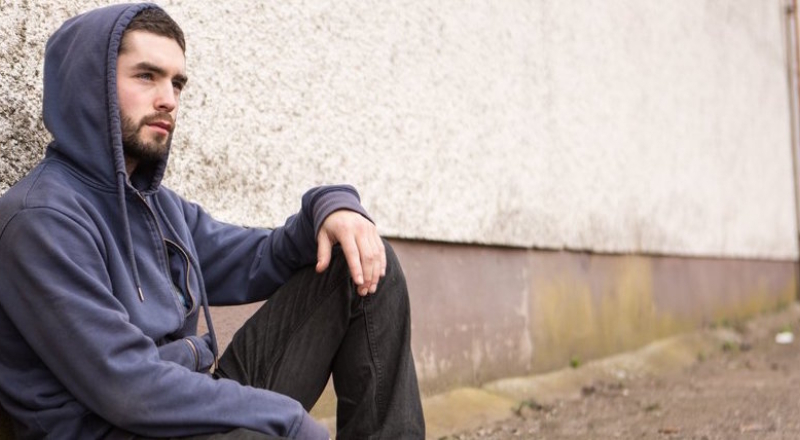 I have a long way to go to make myself as healthy as I need to be but I feel like I’m enroute.

Written by Glenn and posted in voices

"Sometimes if you want to block out negative vibes in your life that means blocking out people too."

I looked in the mirror the other morning and noticed something unexpected. The ghoulish black bags that were once etched under my eyes had virtually disappeared. These black bags to me represent a symbol of the combination of fatigue and anxiety that had plagued me for quite some time. Curious, I made up a before/after photo just to see. It’s an important barometer for me as my particular downward spiral essentially stopped me eating properly or sleeping with any great consistency. I have a long way to go to really make myself as healthy and as strong as I need to be but I feel like I’m enroute at least. I could point at a myriad of changes that I have made over the last few months but the one overarching thing that is glaringly obvious to me is that my environment has changed completely.

The theory of the rat in the cage with the two bottles of water springs to mind (You put a rat in a cage, present it with a choice of two water bottles – one laced with cocaine, one pure water. The rat tries both bottles initially but returns to the bottle laced with cocaine time and time again until it eventually dies). Anyone why knows anything about mental strain, addiction or life itself will understand that this is way too simplistic.

Canadian psychologist Bruce Alexander was among the first to try and dismantle this theory and now the consensus is shifting towards the theory of the rat in a park instead (leave the two water bottles in the cage but also give the rat toys, companions and space to explore. Eventually the rat forgets that the water bottles exist at all).

My emotional strength and resilience was practically non-existent

Reflecting upon improvements in my wellbeing, it all comes down to my environment (let’s think of it as a cage and me as the rat). The space I was in when those black bags were at their blackest was a dark one. My work dictated my lifestyle almost entirely, instead of the other way around. I couldn’t seem to catch a break either, with one big traumatic happening after the next feeling like a constant punch to the gut. I had retreated into myself. My emotional strength and resilience was practically non-existent. I could barely handle one thing at once, let alone two.

Two months on, I have managed to nullify virtually all of that. This has meant being a little bit selfish. Sometimes if you want to block out negative vibes in your life that means blocking out people too. It has also meant learning to be on my own for far longer periods of time than I have ever really been used to, and learning that this is perfectly fine. I have been doing the simple things – eating, sleeping and exercising much more. What’s more is I feel the energy radiating from inside of me and now I feel like I want to do 12 things at once. I haven’t felt that urge in so long.

We all have our own trial and tribulations and I thoroughly believe that everyone’s pain is their own. We all have different coping mechanisms too. Change happens incrementally too, very seldom in one foul swoop. So, be patient with yourself. Chances are that not everyone else will be. Try to think about barometers are important to you and start to think about what kind of a cage you are in. Maybe it needs redecorating or maybe you’re like me and you wish you could be airlifted out of the one you’re in at the moment. Most importantly, try not to beat yourself up or blame yourself too much. Try to take control instead. You make not have created your cage but you can change it. You absolutely can.

Share this article -
Published August 12th, 2015
Last updated July 19th, 2018
Tags opinion mental health
Can this be improved? Contact editor@spunout.ie if you have any suggestions for this article.