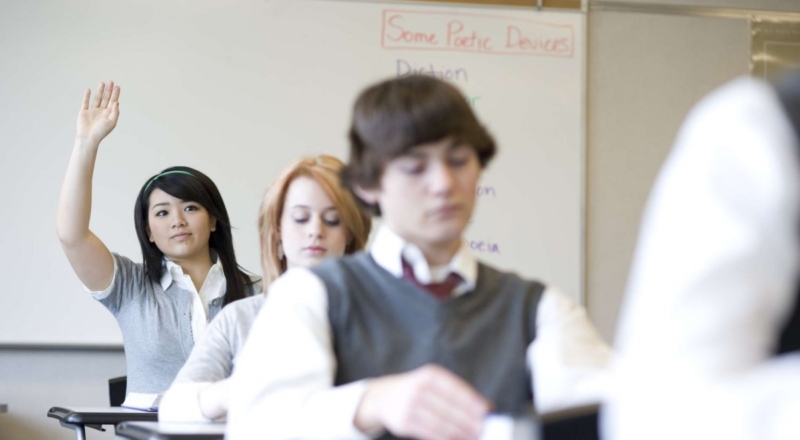 Why I decide to move schools

Written by Sorcha Ní Chroidheáin and posted in voices

You may currently be in secondary school and deciding to move schools, because you’re unhappy with your current school. I’ve recently realised that there’s no article on moving schools and I haven’t made up my mind completely yet, so I’m in no place to give advice. I’ll going to tell you my own personal story so far about why I decided to move.

I started the year confident. I had made multiple friends over the summer and I thought that I would finally have the confidence to start befriending people in school. I had spoken to people at school previously, but I wouldn’t have said that I was friends with more than maybe, four or five of them. Still, I was ready this year. I was prepared for Transition Year to be the most exciting year of my school life. I was going to make friends and new adventures and finally get closer to the guy who sat two tables away from me in History for the past three years.

This was when everything immediately started going horribly wrong. I wanted to come out to the two friends I already had, but I wanted to do it subtly so that not everyone in the entire school would find out at once. Unfortunately, that’s exactly what happened. I remember the day I accidentally outed myself and I stayed home the next day, because I was terrified to go in. I remember texting my friend, through tears, in a panic, and he said, ‘Is moving schools an option?’. The truth is, I didn’t see it as one in the beginning. Then, I started discussing it with my mother and she said that if I still wasn’t happy by December, then we would discuss it further.

I started distancing myself from everyone else because I was afraid of what they thought of me. There were only around three people that I actually spoke to and everyone apart from that three began avoiding me, because I had distanced myself so much that I had become that weird quiet one. I began texting my other friend about potentially moving schools and he suggested one to me, a private school that was focused mainly around studying. By the end of December, I was almost happy again. I had almost decided to stay in my current school and then I remembered that it didn’t offer accountancy as a subject, and probably wouldn’t allow me to do two science subjects. I didn’t feel like I had enough male friends to be seen as valid and I didn’t want to go through the struggle of changing my name and pronouns on the roll.

Having little to no friends in school was starting to have a negative impact on my mental health so my mother started emailing schools. Only two or three got back to us, including the one my friend had told me about. I met up with the principal from the school my friend wanted me to go to and it went amazingly and then I started to want to leave my own school more. I already knew two people that were going to be in my year in this new school and I honestly saw it as a new beginning. I still do.

It’s currently February. I must decide whether I want to go to this school by the end of this month. Well, I do want to go, but I don’t know whether we’ll be able to afford to send me to a private school for two years and send me to college. Also, my mother is concerned about how different it will be going from an Irish school to an English school. I’m concerned about my happiness and my mental health. I know I’m not happy with my school now but what if I’m even more unhappy there? I’m currently trying to get a part time job so that I can afford it. I’m also not sure how to tell my current school that I might be moving. The real question is, ‘Should I move? Is it worth it?’.

Share this article -
Published Feb­ru­ary 15th, 2017
Last updated July 31st, 2018
Tags school coming out mental health
Can this be improved? Contact editor@spunout.ie if you have any suggestions for this article.
Jump to related articles
Was this article helpful?

Coming out: when is the right time?
Coming out...again