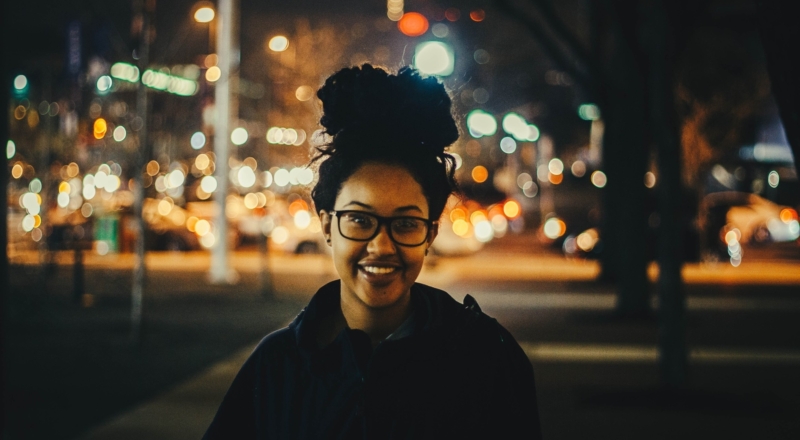 Mary talks about her experiences as a young black person in Ireland, and why we all need to support the Black Lives Matter movement

Written by Mary Adekoya and posted in voices

The recent death of 46 year old, George Floyd has sparked numerous conversations about race among young people, particularly on social media. Many people are feeling very emotional about the situation. It’s the same story, time and time again each time with different names. People are hurt, sad, and angry. They are tired of saying “Rest In Peace” when all they want is for black people in America to live in peace. However instead of talking about why what happened was a crime or a great injustice, some people are focusing on the wrong thing. I’ve found that young people are talking about why the black community in Ireland care so much. A lot of people are confused as to why we should care about something halfway across the world. But these experiences are not just confined to America.

What it truly means to be black in today’s society

Black is beautiful. There are so many great things associated with being black, for example our various cultures. However in today’s society there are some negatives associated with it. Being black is knowing there are universities in certain countries you can’t go to because you're always warned about the discrimination there. It’s having everyone stare at you when the topic of slavery is brought up in class. It’s having to dig deep to find your own history because all you’re taught in school is that you come from poverty and famine, when there is greatness in our past. It’s knowing when you see a TV show has a mainly black cast, the show is almost always centred around gang or drug-related storylines. Being black is having to tune down your personality so you’re not seen as loud or ghetto. It’s knowing you’ll have to work twice as hard just to have a level playing field. To policemen in America it means you're guilty until proven innocent.

With these events taking place in America, it has caused people to talk about racism and white privilege in our own country. If you believe there is no racism in Ireland, it’s because you don’t experience it or haven’t taken notice of it. Passive racism and microaggressions are very real things right here. It’s the little things like people in work touching my hair without my permission or even touching it at all because it looks really "curly and soft". If I grabbed someone's ponytail because it looks shiny it would be universally acknowledged that what I did was wrong. But when I get angry I’m aggressive or overacting. Another example is when people ask me where I was born, and I tell them I was born here, they proceed to ask me where I 'really' from. The colour of my skin does not dictate my nationality, what a lot of people do not realise is that you can be two things at once .

I have a hundred stories about all these little things that have happened to me, and I know many people who do too. The biggest problem is nobody sees these little things, they only see when you react. I'm tired of saying maybe one day we'll be able to talk about it. We should be able to have these discussions openly without white people getting so defensive and maybe one day we will. Until we stop ignoring our differences and start to acknowledge racism and white privilege, there is no meaningful discussion that we can have. Don’t get me wrong we all have our struggles, but the struggles of white and black are not alike, as many of the situations we have to overcome were given to us by white people.

The impact of staying silent

Some young people in Ireland also don't seem to understand why we care so much about the lack of support or that they haven't said anything. If they aren't vocally supporting the police, why does it matter if they don't say anything? As Martin Luther King Jr said, there comes a time when silence is betrayal. When people of colour are being murdered in the streets, some young white people want to be quiet online. At this point I think staying silent carries the same weight as being a part of the All Lives Matter movement. Unless it's donating two euro a month, I find that nobody here actually wants to help black people. We do not want pity, we want equality. People are comfortable listening to rap music, wearing long box braids and bragging about how they have black friends which makes them 'cultured' but when it’s time to speak out suddenly they are uncomfortable. Young people are very quick to ask for the n-word pass but are quiet on black issues or the specific topic of white privilege.

Why we all need to take a stand

The simple answer is because we are witnessing people dying just because of the colour of their skin and for no other reason. It’s that simple. This is not a race war, it is not black people versus white, it everybody versus racists and systemic racism. As long as young people continue this deafening silence, ignoring the pain people are suffering and oppression by the police in America, nothing will change. In this matter there is no alternative to justice until police brutality has ended. With the protests that have taken place in Dublin, we are definitely starting the discussion. We might not be there yet but were heading in the right direction.

Share this article -
Published June 4th, 2020
Can this be improved? Contact editor@spunout.ie if you have any suggestions for this article.