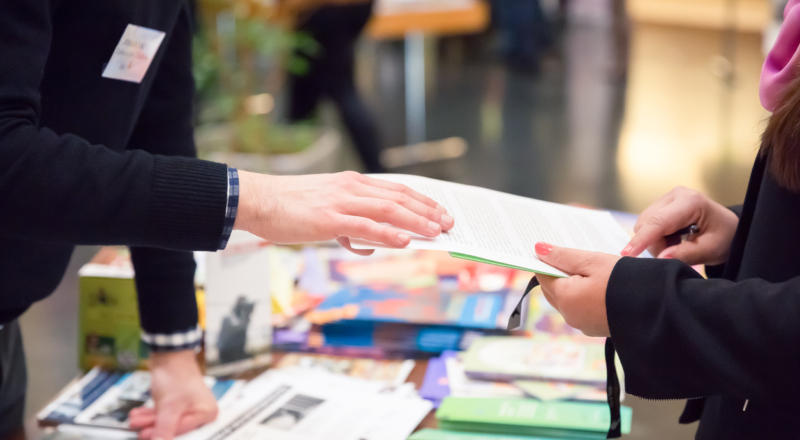 'Building the Future' - the careers fair for graduates with disabilities

SpunOut.ie reporter Dean gives an overview of the "Building The Future" event

AHEAD is a not-for-profit organisation that works to support students with disabilities gain access to third level education and later on getting into employment. Their Building the Future event this year had fifteen stands from a variety of companies and organisations. Members of the Human Resources departments were at the stands to give you information about their company and answer any questions you had. The organisations in attendance varied from the civil service, to the ESB and the Bank of America. On the day you had an opportunity to speak with the various representatives, to sit in on workshops where the facilitators talked about the preparation stages of applying for a job or going for an interview. There was also mock interviews, a jobs wall and a CV clinic.

The day kicked off at 10 am with a member of the AHEAD team giving a brief overview of the day and the agenda. Following that a representative of Citi also welcomed all guests to the space for the day. An AHEAD staff member then began the day of workshops with their workshop on choosing your career path. As this was going on I had a chance to walk around the venue and see who was in attendance and what was on offer for people with disabilities.

My first stop was at the jobs wall and this is where AHEAD were advertising their WAM (Willing Able Mentoring) programme. This programme is aimed for graduate students and allows them to gain experience in the professional field with the various organisations that have partnered with AHEAD. The jobs wall gave me lots of ideas about the questions I wanted to ask the representative of the companies that were at the event. I wanted to find out if they already hired people with disabilities, if they actively attempted to recruit people with disabilities, or if the work stopped with the WAM programme.

I then attended a workshop provided by DELL Technologies on personal branding and social media. They focused on how Linkedin is useful in getting yourself known in the professional world and also how it is helpful in getting to know more about your interviewer before going for the interview. This was a half hour session that showed us how to make an effective Linkedin profile, focusing on three main sections. The first section is the building of your profile. It’s important to have a professional photo with open body language. The next part is then to have short paragraphs describing yourself, what passions you have, and how you are different from others who might be applying for similar jobs. The paragraphs are kept short because from DELL’s experience a person will only spend eight seconds on a Linkedin profile. The second part is to start making connections with people in the job field you are interested in and to join groups you have an interest in. Then the final part is to have regular posts and to engage in conversations you see taking place. This was a really useful workshop as I became aware of what employers look for on a Linkedin profile.

The next workshop was facilitated by Enterprise Rent-A-Car who focused on interview preparation. This was another half hour session and went through the do’s and don’ts of preparing for an interview and what to do in an interview. They went through the basics of researching the company and seeing if their values match your personal values. They also talked about how to dress for an interview and the importance of and not eating chewing gum in an interview. A key message that was delivered during the session was how to demonstrate the skills you have and rather than just naming them off. They introduced the STAR approach which you can use for structuring all your answers in an interview. The STAR approach stands for Situation, Task, Action, Result. Using this STAR approach allows the interviewee to demonstrate how they have used the skills rather than just listing them off. In Enterprise Rent-A-Car they prefer when a candidate tells them that they really want the role they have applied for. They recommended you mention this at the end of the interview as it helps to set you aside from other candidates.

Following these two workshops I decided to speak with some of the organisations in attendance at the event. I began by talking with Enterprise Rent-A-Car who told me how they ensure that they employ full time staff with disabilities. They gave an example of how one of their staff members is a wheelchair user and how they are supported in their role in Enterprise Rent-A-Car.

I was then talking to a member of staff from Bank of America and they told me their personal story of having Parkinson’s Disease and how the management in the bank are fully supportive and assist with accessing treatment. I also spoke with the civil service about their WAM programme because I was curious if future employment is a possibility for participants. Finally, I spoke with a member of staff from Accenture. During this discussion I discovered Accenture run the WAM programme and also have placements for people with autism. Through these two placements participants may get some employment afterwards with Accenture.

All employers in attendance at the event were very open to speaking about the supports available and their recruitment drives for people with disabilities. This is an event that I would recommend any graduate students to attend next year as it provides a great opportunity to network and maybe even find some employment.

Share this article -
Published June 5th, 2019
Tags opinion careers disability jobs
Can this be improved? Contact editor@spunout.ie if you have any suggestions for this article.