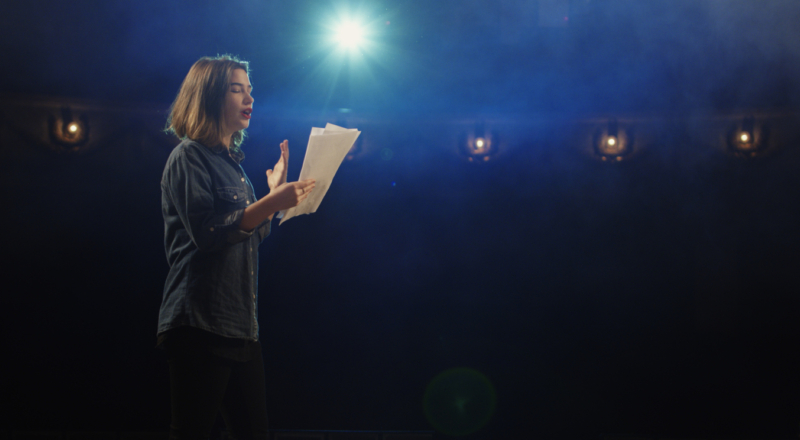 Written by Anna O'Connor and posted in voices

Ever since I was five years old, I wanted to be an actress. Every day since my first day of drama class, I dreamed of making it to Hollywood. But recently, my thoughts on my dreams have changed. Recently, I’ve been questioning the reality of them and I know the same can be said for many other girls like me. The innocent way I once viewed this world has undergone a disturbing metamorphosis. This difference came about in 2017 when actresses began speaking out about Harvey Weinstein on various accounts of sexual assault.

Many of these women were role models for young girls like me, Angelina Jolie and Gwyneth Paltrow for example. These allegations have been spoken about by many different groups of people, but there is one voice that has not been heard; the voice of young aspiring actresses and models that have been left reeling by this awful scandal. Young girls like me, who once dreamed of making it to Hollywood but whose rose tinted dreams have now turned darker. Young girls who saw their idols names on a list. A list of Hollywood women who were taken advantage of by Hollywood men. A list of women that bravely confronted the dark side of the entertainment industry, that stood up and said, “Me Too.”

Those young girls watched the news with a sinking feeling, a realisation dawning on them. They were faced with the reality that their dreams were not as shiny as they thought. Their dreams were now tainted with a black spot of doubt, a drop of worry. And with each name added to that list, that black spot started to evolve and grow bigger, that drop of worry turned into a vast and furious ocean. They were met with the world altering realisation that being a girl in Hollywood was not ‘all that.’

I am not trying to take away from the real problem here. The things that happened to those women are beyond unspeakable. But in the spirit of speaking out, someone needs to address the impact that these allegations have on young girls like me. We should not have to abandon our dreams for fear of Hollywood men. We should not have to make ourselves feel small to make them feel big. We deserve the chance to follow our dreams and to chase our goals without fearing reaching them.

We are a group rarely spoken about but it needs to be made known that this affects us, too. It makes us fear our future and question if being an actress is even worth it. We no longer only need to think if we can take the fame but if we can take the hardships, too. Hardships that no one should ever have to endure. We may be one step closer to ending the abuse but we still have a thousand more to go. It is not only us that is affected. It is every girl who looks at their idols and sees the way they are treated by men. They see this and subconsciously, may soon see it as the norm. This is damaging and it makes me afraid.

But there is one shining light in all of this darkness. The #MeToo campaign has shown girls that they have a voice and that they can speak out when they are being mistreated. That they can stand up, raise their voices and that they will be heard. And now, after so much time has passed since the movement catapulted to the world stage, young girls like me are left reeling by the events of it. We cannot ignore the effects of what happened, even now that the hashtag is no longer in use and it’s not oh-so trendy to post about it anymore. We cannot let the fire die out. We ignited a spark and now we must let it burn until it brings the entire culture of sexual assault down in bright, burning flames until it exists no longer. We cannot let it die until young girls are free to live out their dreams without being afraid. I am a young aspiring actress. Disappointed? Me too. Upset? Me too. Angry? Me too. Afraid? Me too.

Share this article -
Published May 1st, 2019
Tags opinion metoo sexual assault hollywood
Can this be improved? Contact editor@spunout.ie if you have any suggestions for this article.

What happens at a Sexual Assault Treatment Unit?
Why do people freeze during a sexual assault?