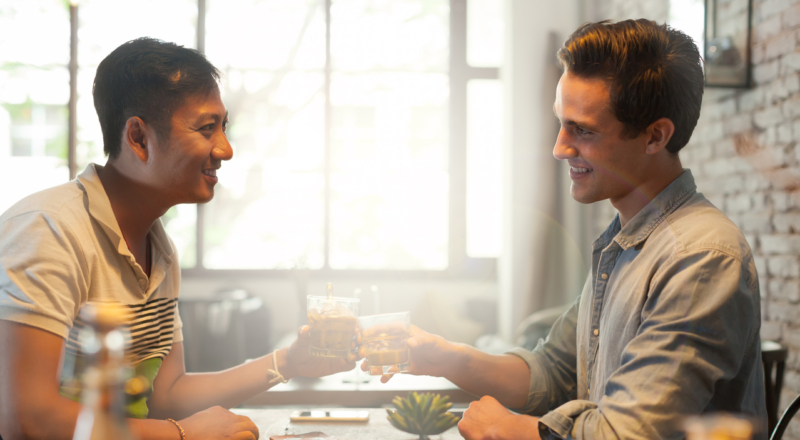 Why queer spaces are still so important to have

After chatting with friends, Nathan looks at why queer spaces are needed throughout the country.

Written by Nathan O'Regan and posted in voices

While having a chat with a friend about the lack of gay nightclubs and pubs outside of Dublin, someone asked me if there was a need for gay clubs anymore. With a more liberal and open Ireland, why was it that LGBT+ people couldn’t just attend ‘straight’ bars rather than segregating by sexuality? It made me think and question myself on whether there is a need for queer spaces anymore.

Gay or queer-only spaces developed out of a need for a safe meeting place. The oldest gay bar is unknown, but one in Cannes has been around since 1885. Very often they were the only place that queer people could openly socialise without the fear of abuse, or in some cases of prosecution. For example, illegal gay bars were set up by the Mafia in New York because it was against the law at that time for homosexuals to congregate together. The underground ballroom culture is another example of a queer space where transgender people, drag queens and other queer people would come together and perform during the 80s and 90s because they were frowned upon by the rest of society. But today, gay and queer people are not being pushed underground. They no longer have to hide, and countries like Ireland are becoming more liberal. Nor is the need of using gay bars to meet people or hook-up as relevant today as it may have been in the past. With the internet and dating apps like Grindr and Tinder, it’s incredibly easy for gay and queer people to meet each other online and arrange to date. Why bother trying to work up the courage to talk to someone in a bar and ask them out when you could sit in the comfort of your own home and swipe your way to a romance?

But while I believe these things were the reason we began gay-only spaces, I think the relevance of these places has shifted. Queer culture is unlikely to ever become mainstream culture. It might become more accepted and well-known, but I doubt that it’s going to be fully understood or celebrated by those outside of the LGBT+ community anytime soon. Take the rise of drag, with the popularity of RuPaul’s Drag Race, for example. Many would say that the art of drag has become mainstream with the popularity of the show, but many queer people know that the drag culture we see on the show has very much come from the culture of trans people in the ballroom scenes of the 80s, particularly trans people of colour. And yet many trans people are still suffering from discrimination and criticism by people who’ll happily watch the show. Of course drag queens were another aspect of the ballroom culture too, but it is not the only part we should celebrate and praise today. Non-queer people (and some queer people too) will celebrate the parts of our culture which they enjoy and take entertainment from but rarely take the time to understand other aspects that come with it. That leaves room for misunderstanding. Misunderstandings cause friction between queer people and non-queer people. As such,  queer spaces allow us to be ourselves. They offer us a free space to socialise without worrying about being abused, misunderstood or ridiculed. Regardless of how accepted the LGBT+ community becomes it’s still important to have a safe space for ourselves.

I also believe that we should open up these spaces to people outside our community. A closed-off community is always going to face criticism and misunderstanding. There’s no reason straight people shouldn’t come to a gay bar to watch a drag show. As long as they’re respectful of our culture, who cares? If anything it’ll help to facilitate an understanding of our culture. I also believe we need to diversify our types of queer spaces. As well as gay bars, we should promote the use of queer cafés, LGBT+ bookstores, libraries, gyms, and other types of places. We should make more spaces where queer people feel completely comfortable to embrace ourselves and our culture.

Few will disagree that it’s a good thing that LGBT+ people are becoming more widely accepted by society. But, in my view, this shouldn’t mean that the need for queer spaces is no more. Their purpose may have shifted, but they still relevant in our community today. We should encourage their use and also open them up to people outside our community.

Share this article -
Published August 21st, 2018
Tags opinion lgbti+ pride
Can this be improved? Contact editor@spunout.ie if you have any suggestions for this article.
Jump to related articles
Was this article helpful?

Being LGBTI+ in a rural area
What should I do if I experience homophobia, biphobia or transphobia?
Understanding the stages and process of coming out