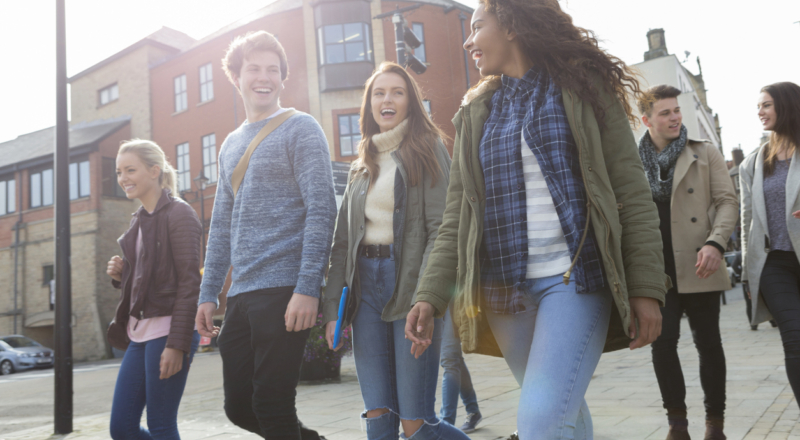 Recognising that not everyone decides to have sex in college

Jessica talks about the important of consent and recognising when the right time to have sex is, if at all.

Written by Jessica Feaheny and posted in voices

In the college environment and in the world of online dating apps like tinder and grinder, there seems to be an acceptance that everyone is having sex and that everybody wants to. This, however, is simply not the case for a large number of our peers.

When thinking about sex, two things spring to my mind - first is that all sex should be consensual and safe. The second, which is often less talked about, is that deciding “not” to have sex is also perfectly acceptable.

The stigma that seems to be somehow attached to the word “virgin” is astounding when you consider that the judgement is being based on the fact that a person simply hasn’t had sex. All sorts of assumptions are made about there somehow being a gap in the person’s life or that the decision is somehow not their own. It is absolutely reasonable that some people have decided not to have sex at this point in their life, in some cases until marriage, in some cases ever.

This is a time in our lives when the whole world is changing. Independent living, adult relationships and the world of work/college are only the tip of the iceberg. So there is absolutely nothing wrong with taking the time to make the decision that is best for you. If that means sleeping with someone, then that is entirely your choice. If it means deciding to wait until you feel ready or comfortable to do so, it does not make you in any way behind or inferior to your peers who are at a different stage.

Yes it can be a fun experience! But so can skydiving, getting a tattoo or eating a bar of chocolate. You are no less of a person simply because you decide not to have sex at this point in your life. Deciding to make the best decision for yourself is what makes you a strong person. The average age that a person loses their virginity varies hugely from country to country according to a Lovin.ie article published in May 2017 which examined the age at which people lose their virginity on average. The youngest average age was 15.6 in Iceland, with the eldest being 23 in Malaysia. When you consider that those averages include the outliers of individuals that have never had sex and those who had sex at an exceptionally young age, it is not unusual in the slightest that a college student may not have had sex yet.

If and when you do decide to have sex it is important that consent is given freely, without pressure from a partner and not because of societal expectation. Make sure to have an open conversation about consent with your partner. Be safe and say yes because you want to say yes, with someone that you can trust.

It is important that we have open conversations about sexual health and safe sex. Remember that whether you’ve had sex for years or you’ve never had sex, you are part of the conversation. Your voice does matter. We hear you.

Share this article -
Published May 9th, 2019
Tags opinion sex consent sex myths
Can this be improved? Contact editor@spunout.ie if you have any suggestions for this article.