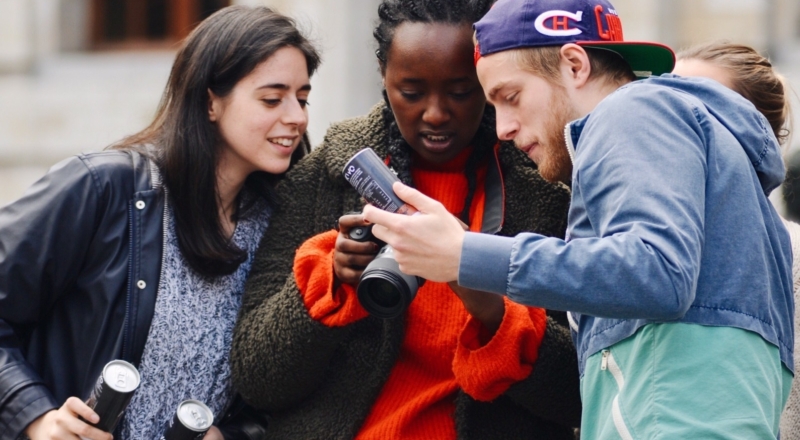 Why I'm speaking out against racism in Ireland

Written by Kate Gaughan and posted in voices

Being white Irish is often treated as an inoffensive version of whiteness, as though our past colonial history somehow means that we can’t be racist or discriminate against others. No dogs. No black. No Irish. The only difference is, we are no longer discriminated against. The worst many of us can expect when our accent betray our nationality is impressions of leprechauns and people being drunk. Many of us now experience the same privileges as the colonial powers.

Where I grew up it was extremely uncommon to meet a black person. For five out of my six years in second level education there were no black students or people of colour in the school. I was ignorant of the issues they faced and thought racism was a problem reserved for other countries. The first time I began to question the privileges I have as a white person was reading the Angie Thomas novel ‘The Hate You Give.’ This book opened my eyes to a reality I had never considered before and exposed inequalities I never knew existed.

Speaking out about racism in Ireland

The Black Lives Matter Movement and the killing of George Floyd, Breonna Taylor and Ahmaud Arbery among others, have caused me to again question things which I have taken for granted. I have been thinking back to situations and wondering if I was accidentally racist or a bystander to others being racist. One encounter in particular springs to mind in which I truly regret not speaking out. I was at work in a department store, tidying the rails, when a staff member from another company came up to me in a panic. A mother and daughter had been looking at some of our jewellery and had held it in their hand as they browsed in another department nearby. This was nothing unusual, customers often moved between departments with goods from other departments.

However this staff member repeatedly warned me to keep an eye on the women and even threatened to get security. All of this was said loud enough for half the shop to hear and well within earshot of the customers in question. It took me a few moments to realise what the other staff member was hinting at and I am beyond positive that they would not have reacted in such a way had the woman been white, had she not been wearing a hijab. When the woman came to pay for the jewellery I smiled extra wide in a feeble attempt to let her know I was on her side but I said nothing.

I have since tried to justify my silence with excuses. I was only working there a month and the other staff member was the manager of a different company. I didn’t know who to raise the issue with and I didn’t feel I could challenge the member of staff directly. I knew what was happening was wrong and I am angry with myself for saying nothing.

Using my voice and amplifying other voices

In the past I have always felt that it wasn’t my place to speak out about racial issues. It’s a topic I know very little about and I didn’t want to distract from the voices that matter, those who live these experiences. My logic was that you wouldn’t ask a straight person to speak about Pride, so how could I as a white person speak about racism. I am beginning to realise that this was a naive view and that I have a duty, not only to educate myself, listen to people’s experiences and amplify their voices, but also to speak up. I am still navigating my way around the correct language to use, around the hardships people face because of the colour of their skin, but I am trying.

I’m still unsure how best to approach situations where racism arises. I am not confrontational in the least and often struggle to call out ableism even though this deeply hurts me as a disabled woman. I think going forward the best way that I personally can deal with racism is to ask people what they mean or ask them to explain their joke. Having them say out loud their thoughts behind the remark will hopefully make them uncomfortable enough to realise what they’re saying is offensive. I am unsure how else I can approach this but I am willing and eager to learn. It is no longer enough to not be racist. It is all our responsibility to speak up when we see others being racist.

Share this article -
Published June 29th, 2020
Can this be improved? Contact editor@spunout.ie if you have any suggestions for this article.