High Contrast Text Size
Share Tweet
Related Article What is the role of a TD in Ireland? 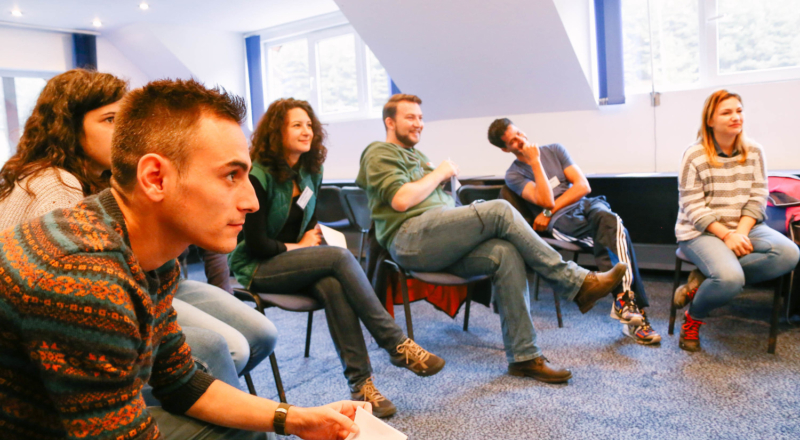 Why young people should get involved in political parties

Before I joined a political party I had very little knowledge about what was going on in Ireland. I could barely name the parties or tell you who was in government. Although I was interested, I didn’t engage at all and not having any knowledge or opinions prevented me from getting involved in conversations. Around this time last year during the local elections, I was working in my shop when my local councillor came in after canvassing in the area. A few days later we went for a coffee together and she took the time to tell me all about how she got involved and how I could as well. I felt both inspired by the positive change she had made over the years and empowered to start making a difference myself.

What does being a political party member mean?

To become a member of a political party is simple. You go on the party’s website and sign up which involves a fee of around ten euro. From there you should receive newsletters from the party that will let you know what your representatives are getting up to and what position they are holding on certain issues. This could be anything from Housing to Health. You should also receive invitations coming up to meetings in your constituency where you can meet other members and have a say in what needs to happen in your area.

If you’re under the age of 30 you automatically join the youth wing of the party. Getting involved in this is a great opportunity to meet people around your age who have similar political interests. We too have our own meetings in our constituencies every few weeks to discuss what the party is doing and the kind of things we want to do in our area. This could involve lobbying our councillors on certain issues to be pushed such as littering, housing prices, sustainability or educating people on their rights. It’s a place where you can share your ideas and work on a plan to make change happen in your community.

Learning as you go

It’s amazing the amount of things you can pick up on by getting involved. Getting to canvas for the local and general elections you immediately learn more about the candidates, their manifestos and therefore their party. Getting out of your comfort zone to knock on a stranger’s door and ask them to vote for someone is quite frightening at first but I have gotten more confident because of it. It’s also an opportunity to get closer to people in your area and learn about what their values are and what they would want to see happening. A couple years ago I would be anxious opening my door to councillors or TDs but now I would be eager to chat with them.

When it comes to elections or issues going on in Ireland or the rest of the world, I feel empowered by the experiences I have had in this party to start discussions and learn even more about what others think. If my councillor had not reached out to me I don’t know where I would be now. It’s important to me that I facilitate these discussions to let people know their voices can be heard from not only the sidelines but also from within the parties themselves.

If you think something should change or happen in your area you can email your local representative and they should solve it. Being in a party means you have people to back you up and help you in making this change.

If you want to get involved, learn more, make a difference and make friends for life, consider joining a political party.

Share this article -
Published May 13th, 2020
Can this be improved? Contact editor@spunout.ie if you have any suggestions for this article.

What is the role of a TD in Ireland?
How to lobby a politician
Why we should trust young people and lower the voting age