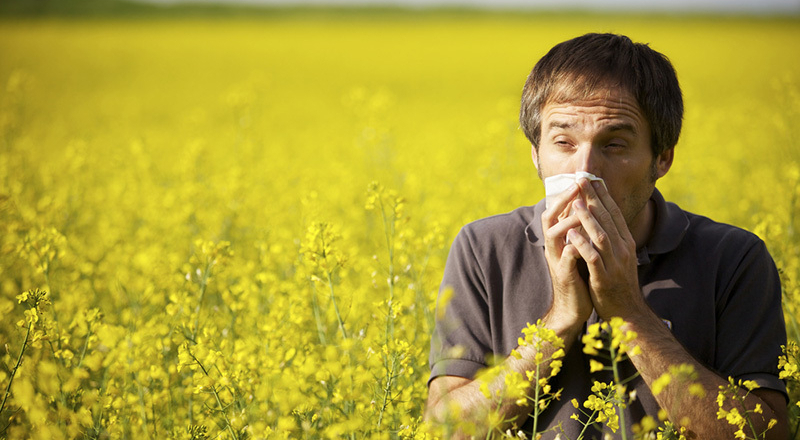 Hay fever is common, and there are a few things you can do to relieve it

Hay fever is a type of allergy syndrome. People with hay fever are allergic to the pollen that plants and flowers release in order to reproduce. Some hay fever sufferers are also bothered by mould, but generally pollen is the main cause of symptoms.

Hay fever is normally triggered by pollen. Pollen is a material released by plants. It is carried in the air from one plant to another as a way for plants to reproduce. In Ireland, most hay fever is caused by grass pollen. You breathe in this pollen. It enters your throat, ears and lungs.

Your body produces antibodies in response to the pollen, to try to fight it off. These antibodies trigger your body to produce histamine and other chemicals to protect you from the 'enemy’.

There seems to be a genetic element to hay fever. So if you parents or siblings have it, you are more likely to develop it too.

People with other allergic disorders, such as eczema or asthma, are more likely to develop hay fever.

How to relieve hay fever

Learn about the pollen count and pollen season. In Ireland, the high pollen season usually begins in June, however it also varies depending on where you live, with the pollen season starting earlier in certain parts of the country. This can help you to prepare in advance.

Talking to your doctor or chemist about hay fever

You can talk to your GP about a treatment plan, and it's best to do this before hay fever season starts. If your hay fever is quite bad, you can ask your doctor about immunotherapy, which involves a series of injections of minute amounts of the allergic substance over a period of months. These injections must be performed by a doctor and are prescription only. Some people find this to be very helpful, while others find it doesn’t do much of anything for their symptoms.

You can also talk to your chemist about over-the-counter remedies such as:

It may also help to stay indoors and keep windows shut during hihg-pollen times, and avoiding places where you will be exposed to smoke, dust, chemicals or dirt

Share this article -
Published Decem­ber 17th, 2012
Last updated June 21st, 2018
Tags hay fever asthma pollen
Can this be improved? Contact editor@spunout.ie if you have any suggestions for this article.