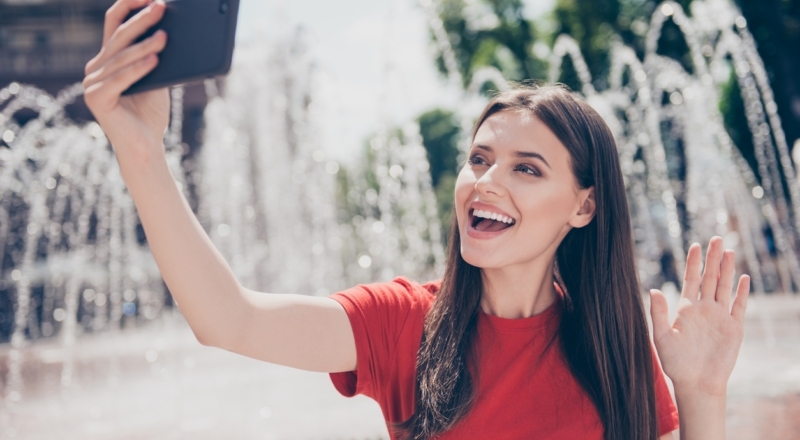 What is a social media influencer?

It’s hard to avoid social media influencers. They are on every social media platform, and many have followers in the thousands. People follow their every move through Instagram, Snapchat, YouTube, and other platforms. The longer you follow an influencer, the more likely you are to trust what they say. However, online, it’s never guaranteed that a person is telling the truth.

Knowing what to look out for and how social media influencers work can help you to decide if you can trust the people you’re following.

What is a social media influencer?

For many people, an influencer is someone who is popular on social media. They talk to their audience every day, create entertaining and engaging posts and videos, and share the products that they love with their audience. This could be a blogger, an instagrammer, a vlogger, or a gamer.

In marketing terms, an influencer is someone who can persuade their audience to buy certain products, usually paid by brands to promote their product to a specific group of people.

How do you become a social media influencer?

In order to reach ‘influencer’ status, you need to build a following first. Social media influencers usually start off posting on their Instagram, their blog, or their YouTube about a specific topic. They build an up an audience of people who are interested in that topic, enjoy their content, and who engage with their posts. This is a chance to build a relationship of trust with their followers.

As their following grows, they can approach brands to talk about working with them, or a brand might approach the influencer and ask them to promote a product.. The more followers and engagement they get, the more a brand will pay for them to talk about their product.

There are also a number of agencies that work with influencers to connect them with brands. In some cases the agency will simply let the influencer know about opportunities and put them in contact with the brands. In others, the content that an influencer creates for a brand has been planned, designed, and produced by the agency. This could mean the agency has taken care of the images, video, and editing for the posts.

If you want to become a social media influencer, take time to think about how you will protect your privacy. Many influencers have separate accounts for their private life and their "influencer" life. Also spend time taking a look at your privacy settings and location settings - if you have a lot of followers, you might not want them to know exactly where you live, so turning off your location is a good idea.

How much do social media influencers get paid?

How much an influencer gets paid depends on a number of factors, usually things like:

It’s also worth remembering that even where an influencer hasn’t been paid, it’s likely they have still gotten some benefit out of working with a brand. This could be in the form of free products, a free invitation to a paid event, or free food or drinks at a restaurant or venue. If they post about things they received for free, it might not officially be ‘paid sponsorship’, but they could still be biased based on the fact that they didn’t have to pay.

Whether or not you trust a social media influencer can come down to the individual. Some people believe that the influencers they follow care about their audience and will always be honest when they give reviews. Others might feel that you can’t trust anything an influencer says because they have been paid to say it.

If you are following influencers, there are a few things to be aware of when deciding whether or not you trust them. It’s important to always be critical when looking at social media posts and remember that it’s better to question something than to accept it as fact.

A sign that someone is an influencer is usually that they have a huge following across their social media accounts. Some influencers can have hundreds of thousands of followers, and many celebrities have millions.

When someone has a lot of followers, people are more likely to listen to what they say and buy the products that they talk about.

However, some influencers buy their followers in order to make it look like they are more popular than they really are. Just because someone has thousands of followers, it doesn’t mean they are all real people with active accounts.

One of the reasons why influencers have managed to build an audience is usually because their followers believe they are ‘authentic’. This usually means that the influencer is honest and the life they are sharing with their audience is their real life. Authenticity is something that many brands also look for when deciding who to work with.

However, there is no way to know for sure that the person we’re following online is really being authentic. Many of us choose to only share positive things online, like pictures with friends or of holidays, but we rarely share the low points in our lives. The same is true for influencers, and you are even more likely to curate a perfect life online if you have thousands of followers.

It’s important to look out for ads and sponsored posts in order to know whether or not an influencer has been paid to talk about something.

In Ireland, the Advertising Standards Authority of Ireland (ASAI) has released guidelines for influencers and bloggers that state they should always tell their audience if a post or a video is an ad. It should be clear from the beginning that they have been paid to talk about something. A few ways influencers disclose their posts as ads include hashtags like:

They could also say it in their video or write a line in their post or video description to explain. Remember, these guidelines apply to Irish influencers, and so if you’re following influencers from other parts of the world, they may not include these types of hashtags at all unless there are similar rules in their country.

Sometimes, influencers try to hide the fact that a post is an ad by burying their disclosure in between other hashtags. For example, they could use #ad as the fifth tag in a post with 10 tags. This way it doesn’t stand out and it’s not immediately obvious that they have been paid, so always pay close attention to tags.

Many influencers invest a lot of money in camera equipment and editing software in order to have great quality pictures and videos. By using camera angles, lighting, and being selective about what you’re photographing, it’s possible to make things look a lot better than they are in real life.

When you’re looking at a picture or a video, you’re only seeing what they want you to see. Take a moment to consider what could be around them outside of that one frame, and remember life is never as perfect as they make it seem.

Can you trust a social media influencer?

In order to decide whether or not to trust an influencer, it is up to you to really analyse their profiles and decide if you trust what you’re saying. There are many influencers who go to great lengths to be transparent about what they’re doing - they always disclose when a post is an ad, they explain the process behind making sponsored content, and some even share how much money they make from their posts. However, there are also a lot of influencers who are dishonest and less likely to disclose if they have been paid. Usually, spending time analysing their profiles will help you to decide if you can trust them or not.

It’s always best to question what you see online and look at it with a critical eye. We can never be certain that a person is who they say they are on social media, and even those who seem to share everything about their lives are likely holding back.

Share this article -
Published June 20th, 2019
Tags online safety APcontent social media
Can this be improved? Contact editor@spunout.ie if you have any suggestions for this article.