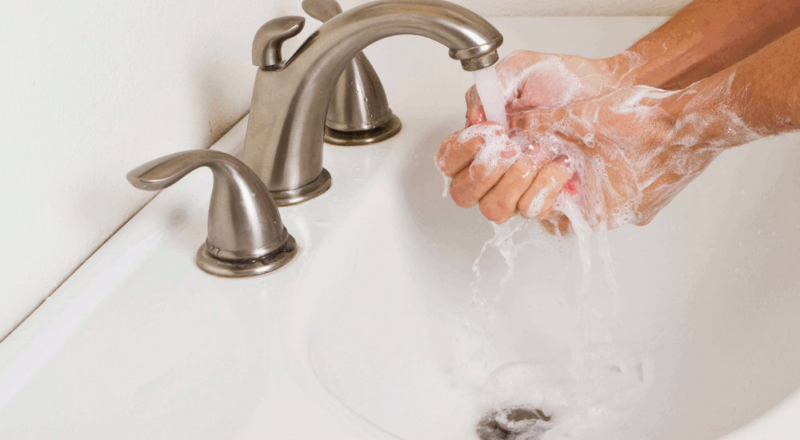 What is Obsessive Compulsive Disorder?

There's more to OCD than constantly washing your hands.

When you mention the term OCD the first thing most people think of is someone who needs to repeatedly wash their hands or likes to keep things nice and tidy. Monica from Friends may even come to mind.

However, there's far more to Obsessive Compulsive Disorder than you might think.

What are the symptoms of Obsessive Compulsive Disorder?

OCD tends to follow a four step pattern and people with the disorder will go through each of the steps in turn.

Experts have yet to discover exactly why some people have OCD and others don't, but they do have a few theories.

It doesn't matter what age you are, or whether you're male or female: OCD doesn't discriminate and can affect anyone at any time.

I think I might have OCD, what should I do?

Well, first things first, don't panic or feel ashamed. Much like asthma or diabetes, OCD is a health condition that is completely treatable. You can recover so it's important to get diagnosed early.

You can't diagnose yourself so the best thing to do is go and visit your GP: they'll be able to help you figure out exactly what's going on. The GP might ask you a series of specially designed questions about your daily habits and worries to try and get a better idea of what you're going through.

After the initial screening (that's just fancy medical lingo for your first visit) the GP may refer you on to a mental health professional who'll help you assess how severe your OCD is. It's usually measured on three levels:

They're probably going to ask you more detailed questions to find out how much of your day-to-day life is affected by obsessive-compulsive thoughts and behaviour. It's important to be open, honest and as accurate as possible with your answers because the only way you can get the right treatment is by letting the professionals know what's going on.

Remember, there's no right or wrong answer and you don't need to be scared: Nobody is going to judge you.

What can I do to treat it?

Well, there are a number of options available to you but your own recommended treatment plan will depend on how much your OCD affects your daily life.

How can I support someone who has OCD?

If you have a friend or family member who is trying to deal with OCD then you're probably going to want to help them.

Share this article -
Published Octo­ber 1st, 2014
Tags ocd mental health anxiety
Can this be improved? Contact editor@spunout.ie if you have any suggestions for this article.

What is Cognitive Behavioural Therapy (CBT)?
Dealing with anxiety