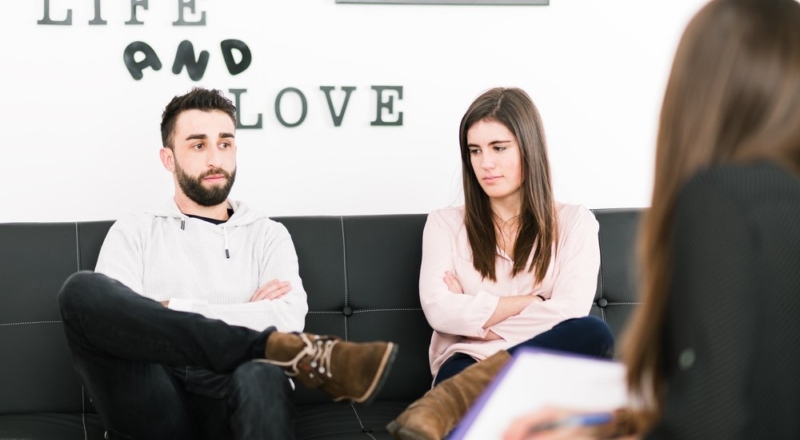 What exactly is schizophrenia and what causes it?

What symptoms should you look out for?

Changes in thinking and behaviour are the most obvious symptoms of schizophrenia but, as with many other mental health conditions, the symptoms can vary from person to person.

Psychosis, or a psychotic episode can be a sign that something isn't right but there is no ONE symptom that everyone will display.

And just because someone has the symptoms, it doesn't mean they have schizophrenia. Confusing, isn't it?

The symptoms most commonly associated with the disorder are split into two categories:

Hallucinations: Hallucinations involve the five senses and affect the way in which a person interprets the world around them.  A person may see, hear, taste, smell and feel things that simply aren't there. These experiences seem so real that they have difficulty believing otherwise.
Delusions: Delusions are strange or unusual beliefs that are not based on reality and often contradict the real-life evidence. For example, someone with schizophrenia may believe that the reason they're hearing voices nobody else can is that some manner of secret agent is listening to all of their conversations. Another form of delusion could be the belief that someone on a TV show was sending messages to them and them alone, or that passing cars on the street contained hidden messages for them. Delusions can begin suddenly or may develop over a period of weeks or months.
Disorganised thinking: Someone who is going through a schizophrenic episode may find it difficult to keep track of their own thoughts. Reading a newspaper article or watching something on TV could be difficult because they can't concentrate properly and they might describe their thoughts and memories as misty or hazy.
Disorganised behaviour: Unpredictable behaviour and appearance can also be a symptom. Someone may suddenly begin to dress oddly or behave in a way they never have before. They might become agitated, shouting and swearing for no reason. And if they believe someone else is controlling their thoughts, they might feel as though they aren't in control of their own body.

It's tough to tell exactly why some people have schizophrenia and others don't but there are some factors that may make someone more likely to develop it.

Can it be treated?

Absolutely!  The first thing you need to do is head straight to your GP to get a proper diagnosis. The sooner you get diagnosed the better! Recovery is possible so it's important to get the right treatment. As with any mental health issue, it's important to make sure you know exactly what you're dealing with. Schizophrenia can be confused with other illnesses like Bipolar disorder (manic depression) or Schizoaffective disorder (which may occur just once in a person's life or come back intermittently, often when triggered by stress).

If the GP thinks you might have developed schizophrenia they will probably refer you on to your local community mental health team (CMHT). These teams are made up of different mental health professionals who'll be able to offer their support and make the right diagnosis.

A combination of special antipsychotic medicines (which reduce feelings of anxiety or aggression) and psychological therapies (Cognitive Behavioural Therapy, Family Therapy and Arts Therapy) are normally used to treat the condition. People who have serious psychotic symptoms as a result of an acute schizophrenic episode may require a more intensive level of care in a hospital or clinic.

If a friend or family member is having an acute schizophrenic episode, refusing to seek help and may present a risk to themselves or others, their nearest relative can request that a mental health assessment is carried out. Your GP or your local community mental health team can advise you about how to do this.

Share this article -
Published Octo­ber 2nd, 2014
Tags schizophrenia mental health health
Can this be improved? Contact editor@spunout.ie if you have any suggestions for this article.

Psychosis: What you need to know
Dealing with depression