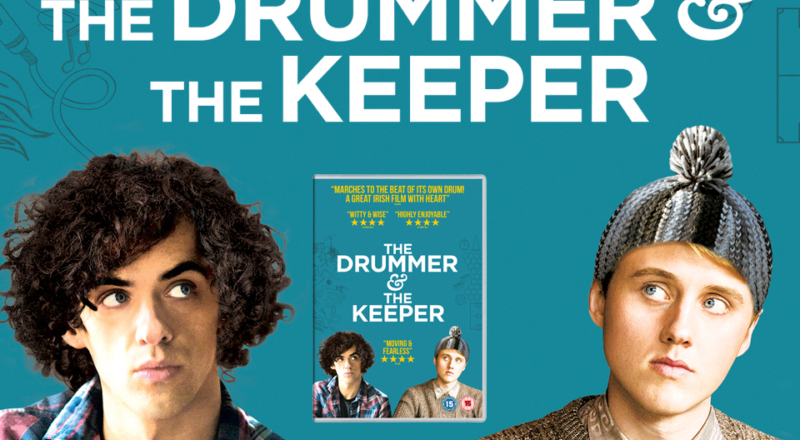 Competition: Win a copy of The Drummer & The Keeper on DVD!

The Irish film tackling Bipolar Disorder and Asperger’s Syndrome is now out on DVD and On Demand.

The Drummer & The Keeper is an Irish film that tells the story of Gabriel, a young and angry rock and roll drummer who has just been diagnosed with Bipolar Disorder, and Christopher, a 17 year old goalkeeper with Asperger’s Syndrome.

Gabriel and Christopher get off to a rocky start after a run in at ‘therapeutic football’, but as the story unfolds they develop a strong bond and a friendship that will change both of their lives.

The film touches on important themes including substance abuse, medication, and mental illness. Gabriel's story explores what it’s like to live with Bipolar Disorder and the strain his psychotic and delusional episodes have on his family life. The Drummer & The Keeper also gives a window into life with Asperger’s Syndrome and the challenges Christopher faces as a teenager in a care home.

This is a touching and heartwarming story, written and directed by Irish singer/songwriter Nick Kelly, and starring a host of Irish talent including Dermot Murphy (Gabriel) and Jacob McCarthy (Christopher).

To be in with a chance to win, head over to our Facebook page to enter.

You can pick up your own copy of The Drummer & The Keeper in stores now or watch On Demand. DVD stockists include: Supervalu, Golden Discs, Tower Records, Head, Eason, IFI, Light House, Amazon and ebuzz.ie. On demand viewing is available from: iTunes, Virgin Media, Volta, Google, BT, Vubiquity and Microsoft.

Share this article -
Published Novem­ber 20th, 2017
Last updated Novem­ber 22nd, 2017
Tags competition cast film festival bipolar aspergers syndrome
Can this be improved? Contact editor@spunout.ie if you have any suggestions for this article.
Jump to related articles
Was this article helpful?