High Contrast Text Size
Share Tweet
Related Article My Brexit survey: What do you know about Brexit & the impact on Ireland? 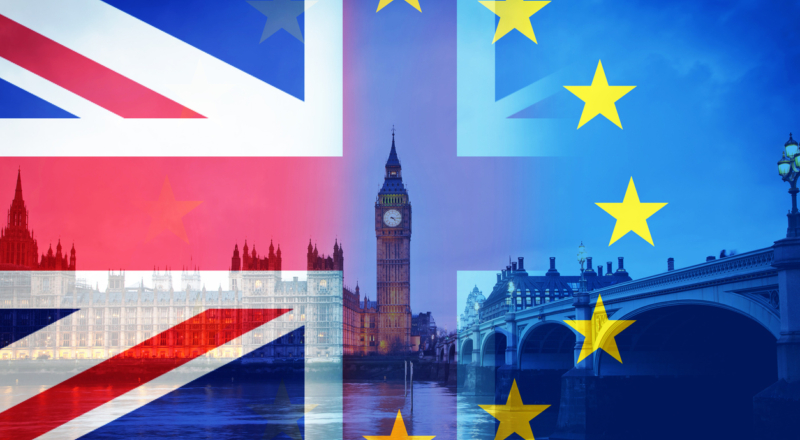 Negotiations between Britain and the European Union (EU) have been ongoing since Article 50, the section of the Lisbon Treaty that allows a country to leave the EU, was triggered on 29 March 2017.

From that date, they had two years to figure out how things would work once the UK had officially left on 29 March 2019.

This began a series of negotiations between the UK Government and officials in the EU to re-define the relationship between the two parties after the UK has officially left the European Union.

On Wednesday 14 November 2018, the British Cabinet (made up of the Ministers of the Government) approved a draft version of the agreement between the UK and the EU on how things will work once they have left. However, several Ministers have objected to this decision and a number have resigned, including the Minister responsible for Brexit, Dominic Raab.

The cabinet is the first in a line of key players who need to agree on the draft before an official deal is struck. The deal still needs to be approved by the UK Parliament, EU member states, the European Parliament, and the European Council before the deadline of 29 March 2019.

What happens if the deal is approved?

If all of the relevant parties approve, the UK will leave the European Union on 29 March 2019 with the deal in place, and a transition period will begin, expected to last until December 2021.

There will still be more agreements to be made, including a trade deal between the UK and the EU, in the time before they leave.

What happens if the deal is not approved?

If one or more of the key players does not approve of the deal, then they will have to go back to the drawing board. This could mean leaving without a deal, resulting in a ‘no-deal Brexit’ with no agreement on what to do about trade, or about EU citizens living in Britain and vice-versa. Otherwise, it could lead to a re-negotiation of a new deal, another referendum on whether or not the UK should leave, or the calling of a General Election in the UK.

What does the deal say about the Northern Irish border?

The border between the Republic of Ireland and Northern Ireland has been a prominent issue in Brexit negotiations. Many people wanted to avoid a ‘hard border’ with checkpoints and guards, because of concerns that it could put the peace process at risk. It would also make trade between the North and South a lot more difficult than it is now, because the UK would be leaving the single market that exists between EU Member States, allowing for the movement of goods and services throughout the EU with few restrictions.

The deal introduces a ‘backstop’ to allow an open border on the island of Ireland. This would mean there would be no checks at the border, and Northern Ireland would continue to follow some EU rules to avoid checks on certain goods like agricultural products.

Problems with the backstop

The backstop could lead to a customs border being drawn in the Irish Sea, which means goods coming from elsewhere in the UK will have to go through customs checks to make sure they meet EU standards.

Many Brexiters, including the Democratic Unionist Party (DUP), do not like the idea of Northern Ireland having a separate status to the rest of the UK. They argue that this could be damaging to the union.

The next step is to have the deal approved by the UK Parliament in order to continue forward with the plans. It is not yet clear whether the deal will be approved by the Parliament, with most of the Opposition parties and a number of Conservative rebels saying they will vote it down.

Share this article -
Published Novem­ber 15th, 2018
Tags eu brexit european union
Can this be improved? Contact editor@spunout.ie if you have any suggestions for this article.
{embed="universal/eu_contacts"}
Jump to related articles
Was this article helpful?

My Brexit survey: What do you know about Brexit & the impact on Ireland?
Brexit: What does Article 50 mean?
In or Out? The costs of a Brexit and the Irish effect