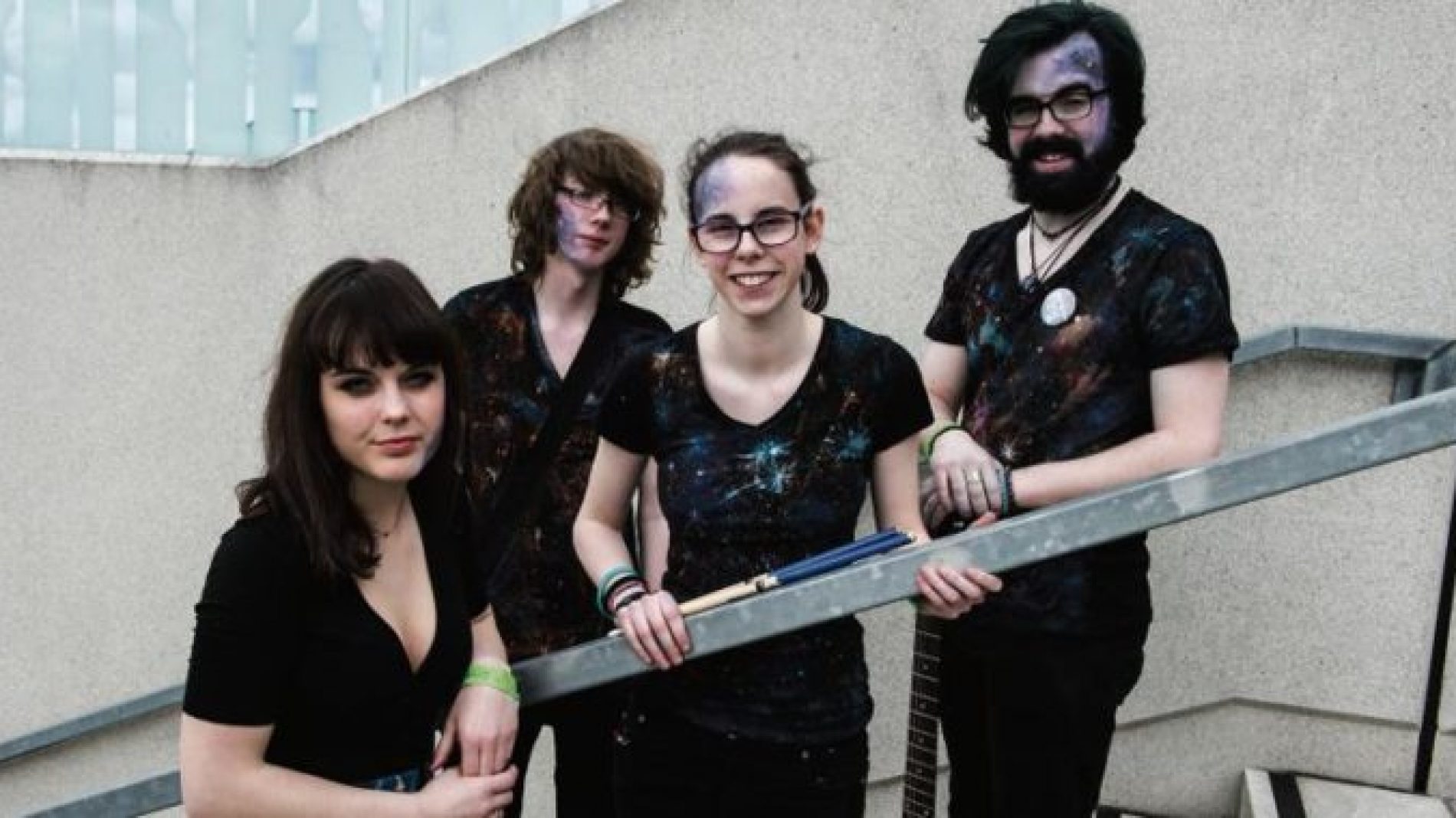 "We heard about the IYMAs through school friends and on Facebook. John and Jack took part in 2015 so they knew what it was all about.

We formed in 2013 at Access Music Project's School of Rock. Part of this project was to write a song, so the creative juices were flowing early. For our sound, we take a lot of inspiration from our individual tastes; Jack's riffs and Alice's classical musical motifs.

When we took part as a band in 2016, the IYMAs regional qualifier for Galway was in Nuns Island Theatre and organised by Youth Work Ireland Galway. It was the first place we played that had some class of a green room! It was class to see all our friends at it and we really enjoyed playing.

Not many people can say they played in the Aviva or are going to be playing Croke Park! Seeing the stadium coming into view and going up the steps we got more and more excited. It was great meeting so many other young musicians and rubbing shoulders with industry experts. The educational hub was a great experience too. The band representing Newry last year Ariel are coming down to play support at our EP launch in Galway.

It felt great being selected as the recipient region for the IYMAs in 2016. If you can imagine how someone might feel when they get to the top of a mountain, something like that! The culmination of the years’ worth of hard work we had done as a team had all paid off.  We got to record on the IYMAs album in Temple Lane Studios in Temple bar following in the footsteps of U2, Kanye West and The Coronas and this album go to No.5 in the Irish compilation charts! That was a huge achievement. From that then we got the gears turning for our own EP.

It’s been a busy year and it's such an amazing feeling to finally be able to share our debut EP. It's cool that it's going to be beside acts that we've looked up to for years! It's going to be up on iTunes and Spotify and all the usual spots. It would be some achievement if we got it to chart! It comes out on Friday 21st of April a day before we launch this year’s IYMAs in Croke Park on April 22nd.

Our advice is play, play, play, write, write, write! Go out and meet other musicians and make friends. Also, make sure you've confirmed how much it's going to be before you go in recording!

The IYMAs was an amazing chance to meet other musicians and get experience of what it's like to put music out. We hadn't a clue how much behind the scenes work goes into putting music out before, so it was a real eye opener."