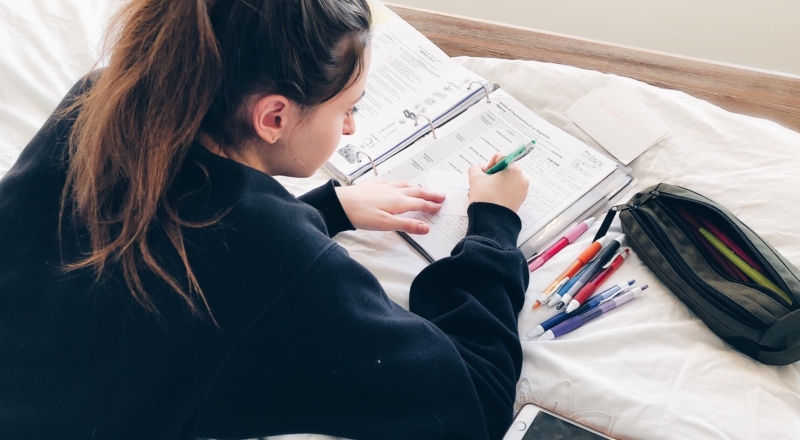 Young people share their thoughts on the Leaving Cert 2020 plans

Following an Instagram Live with Minister for Education Joe McHugh, young people share their thoughts on the proposed plans

SpunOut.ie recently sat down with Minister for Education and Skills Joe McHugh on an Instagram Live to talk about the impact of the COVID-19 pandemic on the Leaving Cert and the government’s plans for the 2020 exams.

We asked Leaving Cert students across the country to send us in their questions to ask Minister McHugh. We received over 1,500 emails from students, parents, teachers and guardians sharing their questions for the Minister, as well as their opinions and ideas for managing the situation.

The Instagram Live was watched by over 18,000 people. We took the most common questions and issues that we received from Leaving Cert students to put to the Minister

Find out how the Minister answered your Leaving Cert 2020 questions

Following the livestream with Minister McHugh, we asked some Leaving Cert students what they thought of the government’s proposed plans, and what their personal experiences preparing for the Leaving Cert during a global pandemic has been like.

I and all my fellow Leaving Cert students are well aware of the unprecedented nature of this crisis and the difficult questions it has posed in relation to our education system. However, I think it is fair to say that the Minister and his Department’s response to these difficulties has been unacceptable. The lack of consultation with Leaving Cert students has added to the sense of isolation and hopelessness that many of us have been feeling. The Minister’s inability to answer basic questions about his Department’s plans for the Leaving Cert added to the lack of clarity, which for me has been the most frustrating part of his response to this crisis.

I, and the majority of my fellow Leaving Cert students (50.7% according to the latest survey by study website studyclix.ie) feel that a predictive grading model would be the fairest solution for all involved. This model has been adopted by many other European countries, including our nearest neighbours, and I am sure they have thought out all the possible issues that may arise from such a proposal. Pressing ahead with these exams out of some archaic sense of tradition will only further serve to widen the gap between those who have and those who have not.

After listening to last night’s livestream with Minister Joe McHugh I was left feeling deflated. I think the livestream really showed the divide between students and the Department of Education. The majority of students have been pushing for predicted grades but it feels as though the Department of Education isn’t listening to the wishes of the students sitting the exams. I feel a lot of student’s questions remain unanswered in relation to the exams and project work.

Though Minister McHugh stated that student wellbeing would be at the centre of all decisions, the lack of clarity up until now and the decision to postpone the exams has negatively impacted the mental health of many students. Postponing the exams until July makes it difficult for many of us to visualise an end to the mental strain we are under right now. For the last six weeks we have had no separation between our school and home life and it has become suffocating. Many students are concerned as to what will happen if it isn’t safe for us to sit exams in July - what is our Plan B? Going forward I believe the Department of Education needs to listen to students and prioritise student wellbeing over all else.

Every day I wake up hoping that we will finally get some more information on what's going to happen with our education and are leaving cert. There are lots of unanswered questions and I feel the sooner we get the answers the more it will help young people's mental health.

Since we can't go to school, I have suffered a lot from not being able to connect with my peers and teachers the same way as we do now through technology. The government has been saying for the past few days that they would like young people to either go back to school for one day a week or do two weeks of school before the exams. This could benefit some people as it will get them back into the hang of connecting with people and being there for each other, but also it could cause a lot more stress for teachers and the students to try and get as much material covered in the space of those two weeks.

There is no perfect one way to go about this, but I think whichever way the government goes about it, it'll be with our best interest in mind. So my message to young people is to relax and take a few days to yourself to really focus on your own mental health because it’s the most important thing right now.

My name is Katie and I am a Leaving Cert student from Roscommon. After watching the live stream Q&A with Minister for Education and Skills Joe McHugh, I feel more stressed than ever. I was so happy and grateful to see that SpunOut.ie was giving us a platform to directly ask the Minister our questions and discuss our worries, but in my opinion the Minister dodged a lot of the questions posed and didn’t give very clear answers.

I feel like the situation is less clear than ever and I feel like we haven't really been listened to. After the postponement of the Leaving Cert initially, I have found it hard to work efficiently. The lack of clarity on all the factors to do with the Leaving Certificate exams has caused a lot of stress and fear for me as a student, and that has directly impacted my ability to work and study at home. I hope that in the future the Minister and the Department will consider our concerns and be able to give us the answers we need. 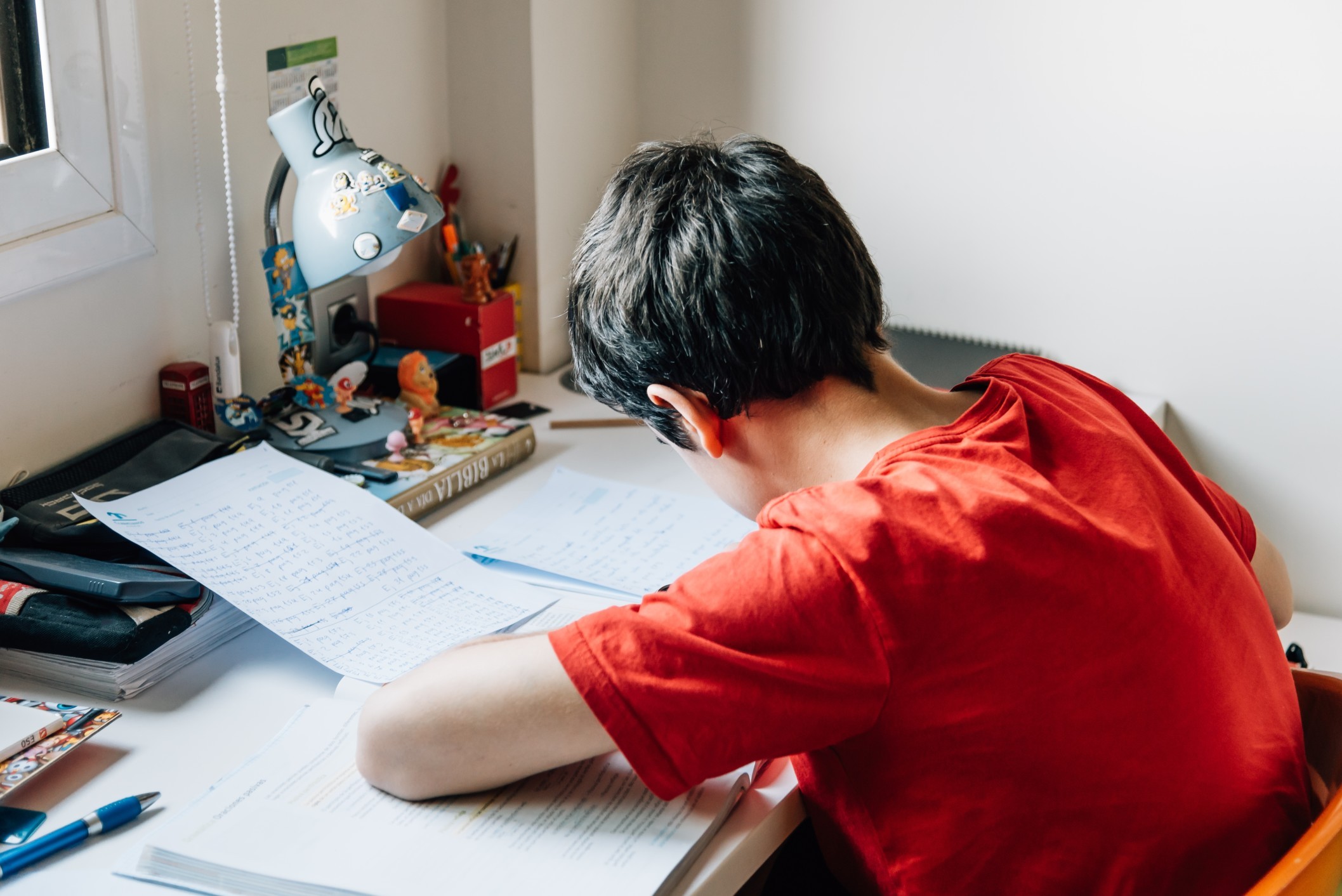 I left the SpunOut.ie Instagram Live with Minister McHugh feeling cheated. I was given false hope that Minister for Education, Joe McHugh, had answers to our questions. Although the CEO of SpunOut.ie, Ian Power, did his best to ask the Minister all the questions that we had, I feel like answers were not given to us. Instead, I was left with more questions from his responses.

What I learned from the interview was that I will not be doing my project work during the two weeks that we are scheduled to be in classes and that the earliest I will be attending university will be October. Obviously I can’t say that the Minister isn’t trying his best, because this is an extremely difficult and confusing time for everyone. But I feel that the discussion around the Leaving Cert seems to be more addressed towards adults/general community rather than students. I feel this way because of the lack of colloquial language used, it’s the politician language. On the live, the Minister used language that confused me and spoke as if he didn’t realise that he was speaking to over 11,000 students and not adults.

More and more each day I grow weary about exams. I don’t want to sit them and my mental health is under pressure because of these uncertain times. I believe that the government may have the answers to our questions but are afraid to reveal them because of the backlash and outrage it may receive from the general public. Students need more clarity and that’s not what we got from Minister Joe McHugh on Tuesday.

The first time I went to watch the stream in full I had to turn it off because I was becoming too emotional. “Extreme disappointment” are the first words that come to my mind when I think about the responses from Minister McHugh. ‘Hopelessness’ also springs to my mind. The lack of clarity around the Leaving Cert is still massive for me and my fellow Leaving Cert students.

I have gotten myself through 6th year by saying I'll be finished soon and I can relax for a bit over summer, but that is not the case anymore. For me personally I am still trying to keep my head down and not get caught up thinking about it too much. I’m trying to just trust the process. But that’s very difficult to do when presented with information that only creates furthers uncertainty. This uncertainty has had an unbearable impact on my mental health as well as my academic progress. The pressure of leaving cert is hard enough without this uncertainty.

I would like to start by saying a big thank you to Ian and SpunOut.ie for facilitating the livestream with Minister Joe McHugh. It is remarkable that, in this day and age we have the ability to do a livestream with a Minister, live from their own home. Those of us who watched the livestream are so fortunate to have the access to Wi-Fi, technology, and a safe space to do so.

This leads on to the point that there are thousands of students out there who are not in the same position. There are students who have no access to Wi-Fi, technology, or a safe home to work in. How are these students supposed to successfully independently learn and study for their Leaving Cert Exams? The Leaving Cert is classed as the most important exams of our school career, yet a large majority of the 60 thousand students sitting them have no access to the necessities needed. The Minister pledged 10 million euro to provide disadvantaged students with laptops and tablets, however this does not fix the issues of no Wi-Fi, abusive households or any number of things that make it difficult to study at home. It does not combat the injustice or alleviate the stress students are experiencing. Although the livestream was informative, I feel the Minister left many questions unanswered.

This year, the Leaving Certificate exams have brought up feelings of anxiety, frustration and exhaustion. A year ago, my friends and I joked about the ways our Leaving Cert exams could be cancelled. We joked about earthquakes and tsunamis that could guarantee all of us 625 in our exams.

Everyday, I wait for news about the exams, but very little ever arrives. I have tried to remain positive and understanding, but frustration always takes over. SpunOut.ie had a live discussion with the Minister for Education Joe McHugh recently. It was an amazing opportunity, but I couldn’t help but feel the Minister dodged question after question, ultimately giving no answers to the twelve thousand anxious students – myself among them - who were watching.

Minister McHugh skirted the extraordinary impact the COVID-19 pandemic has had on student’s mental health. Instead it seems to me that he has cloaked the unique stress on this year’s students in the argument that students of all years find the Leaving Cert stressful. I feel he is attempting to obscure his commitment to students, by offering empty promises of solidarity, care, and empathy, yet refuses to offer any solutions, any hope or any changes to this year's Leaving Certificate exams.

Share this article -
Published April 30th, 2020
Can this be improved? Contact editor@spunout.ie if you have any suggestions for this article.
Jump to related articles
Was this article helpful?