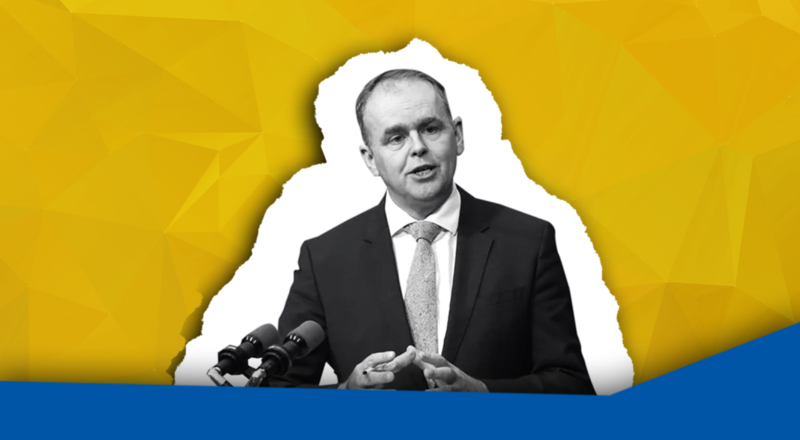 The Minister for Education and Skills Joe McHugh has said that the 29th of July is the most likely date for when the Leaving Cert examinations will begin. Speaking last night in a live Instagram interview with SpunOut.ie’s CEO Ian Power, the Minister said that although the date has not been fully confirmed, it is most likely for the Leaving Cert Exams to start on the 29th of July.

Over 18,000 young people across Ireland tuned in to the Instagram Live interview with Minister McHugh. The interview can be watched back on the SpunOut.ie Instagram page.

In the lead up to the interview with the Minister for Education and Skills, SpunOut.ie received over 1,300 emails from Leaving Cert students across Ireland with regards to the State Examinations. One of the most popular questions for the Minister, which was received over 400 times, was why the Department of Education had chosen to let the state exams go ahead at a later date.

Speaking live on Instagram, Minister McHugh said that the reason the Department had decided to go ahead with the exams was because it was the fairest option.

“We did look at predicted grades, I know there were a lot of students that looked at the possibility of predicted grading, as an option and one of the things that we were very very adamant about was to have fairness at the heart of this. And because we don't have a standardised continuous assessment mechanism for the leaving cert for a two year period we felt that fairness would not be at the heart of it.”

The Minister reiterated the Taoiseach’s statement that the Leaving Cert would go ahead “by hook or by crook”, and said they did not want to make it happen to put a burden on young people, but because they did not believe that predicted grading was fair and that it was “too biased”. The Minister also said he would be making an announcement in a couple of days time with regards to a wellbeing programme, to see how best they can both support young people and their teachers.

Young people respond to the Minister's answers on the Leaving Cert

In response to the interview with the Minister, many young people voiced disappointment at the lack of clarity given to the questions asked. Speaking to SpunOut.ie, Action Panel member Maisie McMaster said:

"The first time I went to watch the stream in full I had to turn it off because I was becoming too emotional. “Extreme disappointment” are the first words that come to my mind when I think about the responses from Minister McHugh. ‘Hopelessness’ also springs to my mind. The lack of clarity around the Leaving Cert is still massive for me and my fellow Leaving Cert students."

"I feel like the situation is less clear than ever and I feel like we haven't really been listened to. After the postponement of the Leaving Cert initially, I have found it hard to work efficiently. The lack of clarity on all the factors to do with the Leaving Certificate exams has caused a lot of stress and fear for me as a student, and that has directly impacted my ability to work and study at home. I hope that in the future the Minister and the Department will consider our concerns and be able to give us the answers we need."

Feeling overwhelmed or anxious around the Leaving Cert?

If you feel overwhelmed by the current situation and need someone to talk to, our anonymous, 24 hour text line is always open. You're worth talking about and we're here to listen and support you.

Share this article -
Published April 22nd, 2020
Last updated August 4th, 2020
Can this be improved? Contact editor@spunout.ie if you have any suggestions for this article.
Jump to related articles
Was this article helpful?