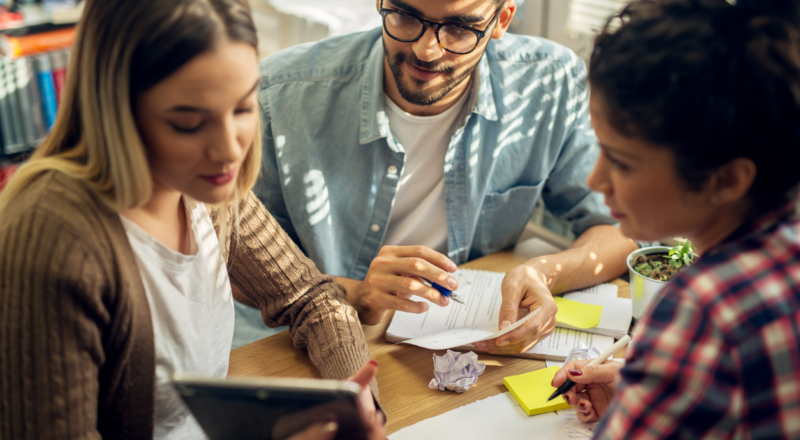 The first time I became “politically aware” was during 2015. I was a 5th year in school and I was 17. The Marriage Equality Referendum had become the topic that dominated the news and media (as I saw it). As posters for each side of the “debate” went up, something awoke my interest. It may have been the frankly ridiculous No side arguments that brought children into an issue that was not based on children – it was based on two people, who loved each other, and wanted to marry. They wanted the same rights as other married couples.

I was angered by the no side. I couldn’t sit back and let this slide. How could a group of people be so out of touch with the rights of others? I also had a personal connection to the issue, as members of my family are LGBTIQ+. I brought up the issue where I could: in school, in religion class, at my nana's on a Sunday when a lot of the family got together. I tried to convince people where I could or make sure that they were voting yes.

Unfortunately, my problem was that I couldn’t vote. Just because I was 17, I couldn’t vote. In order to have my voice heard, I had to rely on the opinions and promises of others. No matter how much I read, how much I understood of the changes being made, how much I cared, on 22nd May 2015 I went to school as normal, whilst the country around me decided.

Fortunately, things worked out and the amendment passed by a decent majority of votes. Thankfully, sense prevailed in Ireland that day.

However, it still made me think, even back then, why does one have to be 18 to vote?

The first vote I cast was during the General Election of 2016. I was excited and super eager to go and cast my ballot. I had done my research on my local candidates and at time, University Limerick had a fantastic resource to help you choose the right candidate/s for you. Finally, I had started using my right to vote.

Once I went to university, I remained politically active and would probably be described as being very educated, or even, the most educated in my friend group. I stayed informed with current affairs and kept up with what people cared about and the issues affecting students, such as grants, accommodation and tuition costs. Early in first year (2016) I attended a protest organised by the Union of Students Ireland protesting the proposed rise of fees from €3000 to €9000 per year. In my opinion, protesting is the next best thing to voting.

In 2018, a much bigger debate would dominate Irish politics for a moment. The 35th Amendment of the Constitution – commonly referred to as the abortion rights referendum. From the onset, I was absolutely in favour of allowing legal abortions in Ireland for those in need – rape cases, underage pregnancies, cases of incest. These were a no-brainer to me. If a woman needed this service, it should be available to her – without having to fly to England or elsewhere. I made my position and thoughts on the issue clear to my friends and family who overwhelming agreed without much of a disagreement.

However, when in Dublin sometime in the lead up to the referendum, my girlfriend at the time and I were constantly harassed by anti-abortion campaigners. People holding signs of 6 month old foetuses and even fully grown babies, proclaiming that they’d die if we repealed the 8th. It was ridiculous. It also made me extremely frustrated. I stood with one canvasser on Henry St for 15 minutes at one point. This was a young guy and I was shocked at his conservatism and lack of compassion. I was able to argue every single point he made. He knew I was a lost cause. In the end, he just gave up talking to me. From then, I started to canvass for the repeal movement. I met people on the street and just chatted and tried to explain the humanist attitude I had. I like to think I had some impact on some people.

When I got involved with SpunOut.ie, especially the Action Panels, it re-awoke something in me. Here were some of the most intelligent, progressive and compassionate young people in Ireland, yet some of them couldn’t/can’t vote. I’ve met 16 year olds more well spoken than 60 year olds. I’ve met people under 18 with an energy and enthusiasm for what they care about that is truly unrivalled. Different views and varied interests but an attitude to work together for a better community and a better Ireland.

When I mention that I think the voting age should be lowered, I'm often met with “I don’t think that’s a good idea.” To challenge some of the common trains of thought:

Many adults don’t know about politics. They don’t understand the Oireachtas, Seanad, Dáil, how voting works etc. Everyone should do their own research on them and it is foolish to think that everyone over 18 knows what they’re doing. Many don’t understand our voting system either. If a 16/17 year old cares enough to get out and vote, they deserve to vote.

Young people are too rash

I think it’s insulting to think just because they’re young, people are going to make “incorrect” decisions because of their supposed immaturity. Anyone can be rash.

Young people don’t know who to vote for

Similar to the first point, it is up to them to do the research on their local candidates. Some adults just vote for one party. Some people don’t even know who will be on the ballot on the day. Some people leave after voting and don’t know who they put down or in what position.

A TD mentioned this to me recently when I raised the issue with him. I would agree that secondary schools absolutely need new politics classes and workshops, and this was discussed at the SpunOut.ie National Panel meeting in March. However, it should not be the only barrier to voting rights for young people.

No one receives any formal education about how to vote. It is entirely up to the individual. When you're over 18, no one is checking to see how educated you are about what you're voting about. Why should under 18s have more barriers than over 18s?

Young people will just vote the same as their parents

Possibly, yet there’s nothing we can do to prevent this except to educate young people in school on all parties and candidates. Ultimately, we cannot decide who anyone votes for, young or old.

In a previous article on why I think voting is so important for young people I mentioned that I believe young people are more inclined to vote in a progressive manner compared to older generations. This is important to keep in mind. If you are in favour of a more inclusive and progressive Ireland, then you should be in favour of a lower voting age.

I’m a skeptical person by nature. Admittedly, I was originally hesitant to the idea of lowering the voting age. However, after meeting the amazing young people on the SpunOut.ie Action Panel, I can absolutely put my faith in the 120,000 young people who we should grant voting rights to. If you believe in a fair, inclusive and progressive Ireland, you should too.

Share this article -
Published June 26th, 2019
Last updated Sep­tem­ber 18th, 2020
Tags opinion voting politics empowerment
Can this be improved? Contact editor@spunout.ie if you have any suggestions for this article.