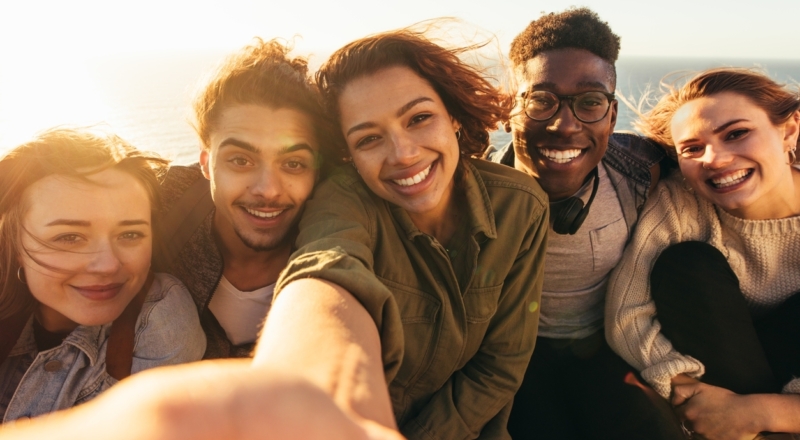 Why voting is so important for all young people

"Make your voice and your opinion heard."

Irish history is a long, detailed and fascinating tale. For a small island, we are laden with historic tales, legends, myths and mystery. Unfortunately, one area where there is no myth is the oppression and mistreatment from our English neighbours. For years, Irish people were treated as lesser individuals. Our music, our culture and our way of life was under threat.

Only just over a century ago, Irish people had very little, to no say, in how their country was governed. From 1800 to 1922 and the introduction of the Irish Free State, Irish law was very similar to English law. Irish people only had the opportunity to register to vote every eight years! Many Irish groups and organisations were prohibited from voting.

Women were only granted voting rights in 1918, however this only applied to over 30s. It wasn’t until 1922 that the voting age was lowered to 21 to join their male counterparts in terms of Dáil Éireann elections. In 1935, the age limit for women was reduced from 30 to 21 for local elections. It would be a long and arduous battle until finally after the Fourth Amendment of the Constitution in 1972 where the voting age was lowered to 18 for everyone. It’s incredibly inclusive. Regardless of your sex, religion, ethnicity, every Irish citizen is granted the right to vote.

In recent years, we have seen our constitution undergo many changes. We have seen same-sex marriage become legal, the rights for women to access abortion at home and the abolition of the crime of blasphemy. Each of these referenda have been a large step towards a better, safer, more inclusive country and a sign of a maturing progressive nation.

Whilst it is important to celebrate these significant improvements in rights, accessibility and others, it is important not to forget how change is brought about in a democracy – voting.

Voting is the way of telling the government, the local council, whoever, what you want from them. It is your biggest opportunity to have a say. If you have an opinion or want something done a certain way, voting is the way to ensure that it’s carried out. If you don’t get out and vote a multitude of things happen – you lose your right to complain about the outcome and someone else makes your decision for you. Imagine if someone told you what you were going to eat or drink, or what you were going to study for the next couple of years. You wouldn’t stand for it. This is effectively what happens if you do not voice your opinion. Voting is also a method of protest. If you aren’t happy with your TDs performance, vote them out!

Every single vote counts and you should ensure that you get out to vote and encourage your friends and family to do the same. In the past 37 years, just three Dáil seats have been won by just five votes each. In the recent 8th Amendment Referendum, the turnout was 64.13%, quite a large turnout. However, just a few weeks later, the Blasphemy Referendums’ turnout was only 43.9%. An amendment to the Irish Constitution is vitally important. There have only been 37 amendments since its inception. You should absolutely look to impact a changing Ireland each time you have an opportunity.

Young voters are also vitally important especially in the modern era. Young people are opinionated and being outspoken is much easier nowadays thanks to social media. Being educated on issues and politicians has never been easier. In the Blasphemy referendum, 80% of those under 44 voted Yes. In the 8th Amendment Referendum, 82% of those aged 18-24 voted Yes, compared to 83% for 25-34 year olds and only 69% aged 50-64. You can see how younger people have a stark difference in opinion to the older generations.

There has also been a good increase in voter turnout of registered 18-25 year olds. In the 2002 General Election, only 50% turned out to vote compared to 62% less than a decade later in the 2011  General Election. Young people appear to take this seriously. But if we delve a little deeper, we see that the amount of unregistered youths has increased hugely. In 1999 only 14% were unregistered. In 2014 that number had grown to 30%. This is a massive issue. An opinion is only as powerful as those behind it. If you fail to raise the numbers of your opinion it will always be the minority.

Voting is an incredible and fundamental right that we are lucky to have. Without this right, you would have no control over the ground beneath your feet. We are incredibly privileged and it is important not to belittle an important opportunity like voting. Make your voice and your opinion heard.

Share this article -
Published Jan­u­ary 9th, 2019
Tags opinion voting young voices have your say
Can this be improved? Contact editor@spunout.ie if you have any suggestions for this article.

Why it’s important for young people to have a voice
Why we should trust young people and lower the voting age
What is a referendum?