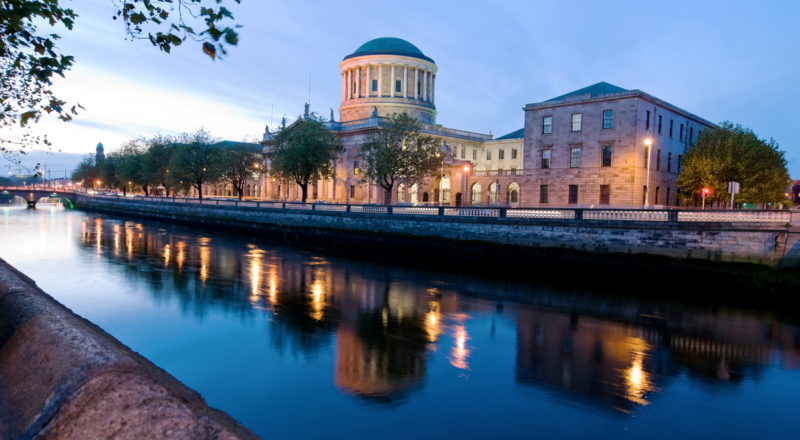 What does the Climate Case Ireland judgement mean?

Written by Mark McNulty and posted in opinion

On September 19th the High Court found in favour of the Government in what became known simply as the ‘Climate Case Ireland.’

The landmark case was taken by an environmental activist group known as Friends of the Irish Environment. They argued that the Irish government’s 2017 National Mitigation Plan failed to comply with the Climate Act 2015. They also argued that the adoption of the plan would be unconstitutional as it failed to protect the fundamental rights set out in the constitution, such as the rights to life, bodily integrity and environmental protection.

They also argued that the plan fell far short of meeting Ireland’s obligations under the Paris Climate Agreement.

The complex arguments of the case were heard back in January but, as is often the case in the High Court, judgement was only made months later.

What was the result?

In his judgement, Mr Justice Michael McGrath said that the case was “very complex” and a “matter of both law and science.”He also acknowledged that while Friends of the Irish Environment argued that “the plan is inadequate,” it is “a living document” and an “initial step in making the country low carbon and environmentally sustainable by 2050.”

His decision hinged upon the fact that he was “not satisfied that the making of the plan” alone could infringe upon people’s constitutional rights. This means that the plan alone was not enough to show that the government’s response to climate change was damaging the people’s rights. He also referenced the ‘separation of powers’ which is the idea that politics and the courts should remain separate. In this case, it meant that the judge couldn’t tell politicians how to make policy.

Sadhbh O’Neill, a spokeswoman for Friends of the Irish Environment spoke briefly to the waiting press outside the Four Courts after the judgement. She was unable to confirm if they plan to appeal the judgement, saying that they would wait for a copy of the written judgement before deciding whether or not to appeal.

If the Friends of the Irish Environment wish to appeal, their next hearing will be in the Court of Appeal which sits between the High Court and the Supreme Court.

The spokeswoman for Friends of the Irish Environment said the group felt “somewhat reassured” as the judge said they had ‘standing’ to take the case. The ‘standing’ means they have the right to take a case to court. This can often be a difficult thing to get for NGOs which represent the interests of the public.

Even if this case goes no further, the court’s decision that the group has standing might help them with the case, or similar cases, in the future.

There have been a number of similar cases across the world recently. The Urgenda Case in the Netherlands is seen by many as the best international example in recent Climate cases. It saw the Dutch government ordered to reduce their carbon emissions quicker, to better meet the worsening climate emergency.

How can you get involved?

While Friends of the Irish Environment did not succeed in proving that the National Mitigation Plan was unconstitutional, they reached an important milestone by being recognised to bring the case relating to the climate emergency to court.

They also have the option to appeal and I would encourage anyone interested in the case to follow developments over on climatecaseireland.ie. You can keep up to date on what the government is doing about the climate crisis and how to contact politicians about climate change if you want to raise any issues with them.

Share this article -
Published Sep­tem­ber 20th, 2019
Tags opinion climate emergency climate change climate action and environment
Can this be improved? Contact editor@spunout.ie if you have any suggestions for this article.