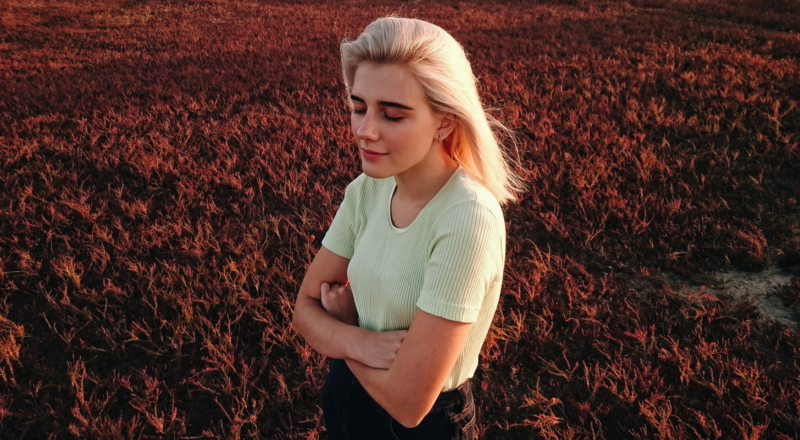 Growing up around my Dad's addiction to alcohol

This SpunOut.ie reader talks about the impact of alcohol misuse on them and their relationships

SpunOut.ie and Silent Voices have teamed up to shine a light on the impact of parents' alcohol misuse on young people

My Dad was addicted to alcohol from when I was the age of about three to when he went to rehab when I was 14. He left when I was two and a half but he had joint custody meaning I still had to see him on weekends and holidays.

Growing up around alcohol addiction

Our relationship was never consistent or comfortable. When I was younger I would wait outside for him to collect me. If he bothered to show up it would be hours after the time he had arranged and promised, so I stopped waiting or even hoping he would come. There was always a focus on my weaknesses rather than strengths. He would mimic and mock me, curse at me and call me names. I used to be afraid to talk to people in case they thought I was stupid too. I found it hard to believe the teachers who praised me because I thought they just felt bad for me and were only trying to be nice.

We were always told in school and by the local priest to listen to our parents which I struggled with because one of mine wasn’t very nice. I felt that if I wasn’t the best I was useless. The only time my Dad seemed to be happy with me was when I was winning awards and he could brag about me, or when I would have his drink and smokes ready for when he woke up after finally passing out. I felt uncomfortable with this praise because I did it out of fear, not out of being nice to him. I felt as if I were walking on eggshells whenever I was around him. My shoulders were always tense and my stomach nauseous.

The difference support would have made

I think it would have helped me if an adult I trusted had been aware of what was going on. Teachers thought I was a good student because I always tried so hard but never looked at why I was constantly trying to be at the top. I felt like I couldn’t tell anyone because if they addressed it with him he might get angry and I wouldn’t be there to look after my younger siblings so I never told anyone. I also didn’t think people would believe me because he was very nice and charming to people outside of home.

Now that I am older and I look back at my behaviour and levels of anxiety as a child I can see so much that wasn’t normal. I wish someone could have noticed that or took me seriously when I said that I didn’t want to go over to his house. I think it’s good that people speak out about these issues more now because maybe if that had been the case when I was growing up someone might have noticed what was going on.

His partner knew about what was going on and how he was but I still felt very alone. I try to see her as a victim too but it’s hard when she was an adult and had a say yet didn’t use it when I was a child and my experience of him was living in fear. My Mam didn’t understand why I didn’t want to stay over with him. She tried her best to support me and voice my needs but my dad would often threaten court and tell me I was half his.

The impact on my health

I was very proud and hopeful when he went into rehab but also very anxious if it was him or the alcohol that was the problem. I ended up developing an eating disorder and had to spend three months in hospital. My nurses were extremely supportive and would address issues with him that I didn’t feel comfortable with. This was really nice because not only did I feel believed and supported but also that my voice mattered.

Overall it has had a massive impact on me and particularly my mental health. I was hopeful when he went to rehab but it was just expected of me to be happy for him and move past everything that had happened which I couldn’t. I couldn’t just forget about everything overnight even though I wanted to. There was never any acknowledgement or apology for everything that had happened or how he had behaved. I remember going to visit him in rehab and he wouldn’t stop talking about how great things were and how much better he was feeling. It made me feel really uncomfortable.

I was and am very proud of him for completing rehab and staying sober but I couldn’t look past years of abuse just to suit him. I am in my 20s now and still actively working to recover from my childhood. I feel hard done by at times because I should be enjoying my life and worrying about trivial things rather than working through my past. I know it has made me stronger but as a child I really didn’t need to be made stronger or have to take on adult responsibilities. I needed love and safety. I can’t wait to have my own children and give them a life full of happiness, love and security. I can’t help but feel sad that my desire to provide these comes from my lack of having them myself as a child.

If I had any advice for someone going through something similar it would be to speak out. Tell an adult or teacher you trust. Write it down for them if it’s too hard to verbalise. Tell them what is happening and how it’s making you feel. It is not your responsibility to carry. You deserve to feel safe and loved.

Find out more about how you can share your experience on SpunOut.ie and Silent Voices.

Share this article -
Published July 7th, 2020
Last updated Octo­ber 21st, 2020
Can this be improved? Contact editor@spunout.ie if you have any suggestions for this article.