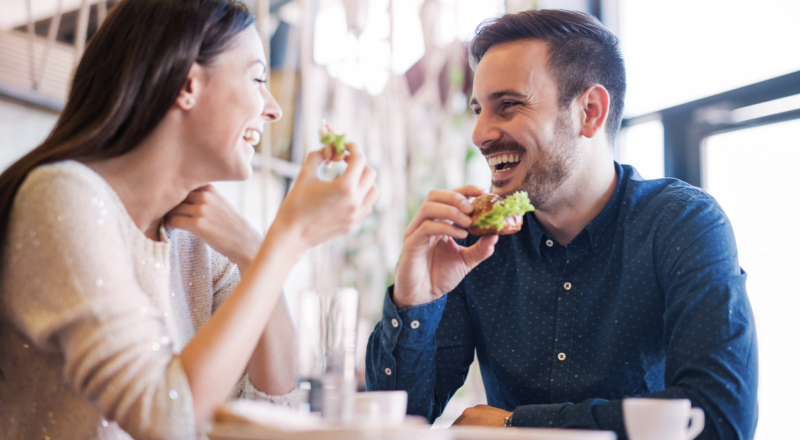 Why I've decided to become a vegan

After doing some research, Emma started to cut out animal products from her diet one by one.

Written by Emma O'Toole and posted in opinion

Veganuary is an annual challenge to follow a vegan lifestyle for the whole month of January. Vegans do not eat any  animal products,including dairy, meat, eggs and honey. Vegans also look for cruelty free products where possible. For example, vegans try avoiding materials like leather or any products tested on animals.

This may sound extreme to you and it did for me to before I looked into it. Most people have heard of vegetarianism and many people see it as a more flexible approach. Vegetarians do not eat meat, but do consume dairy, eggs and honey.

I never gave much thought to veganism until this year I read a book called the “Dalai Lama.” It was a book based on Buddhism and Veganism was mentioned. It opened my eyes to how we harm animals for our food. I decided to question the idea and looked up some videos and documentaries. I ended going along to a vegan festival and met one special friend for life there.

However, I got overwhelmed at the festival. There is a stereotype that all vegans preach at meat eaters 24/7 and that they will make you feel bad if you eat steak in front of them. As with everything in life, there are people who can have extreme views. I came home from that festival with my mind made up. I was not going vegan. I have realised that the more you preach and make others feel bad for their actions, the more it will steer someone away and that is exactly how I felt that day.

Something in me wanted more though and I could not resist the fact that I love vegan food and The Happy Pear bros (If you do not know these two legends check them out now).

I also recently watched a documentary called Cowspiracy and here is what I found out.

Although some of these figures are based on the US population, there is more evidence to show this is becoming a global issue. Scientists are now saying that avoiding meat and dairy is the single biggest way to reduce your impact on the environment. I genuinely do believe it would make an impact to help our beautiful planet.

I often hear people say “I could not do it, it is so restrictive” when they see my bowl of falafels and hummus.I did not think I could do it either, but I did it gradually. I started with reducing my meat intake to once or twice a week. From there I made two plant-based meals a day. Then I stopped using eggs and lastly, I gave up fish. With plant-based eating I focus on the foods I get to add, rather than what I am taking away, which by the way there are so many!

I have found alternatives for milk, yoghurt, butter, and now cheese. You will not be limited for options and Aldi, Tesco and Supervalu are adding new vegan food options all the time, along with many restaurants. You can go to Milanos, Thunder Road Café and even some of your local pubs and find a vegan option. A great app called “Happy Cow” informs you on nearby restaurants that have vegan options. I had a completely Vegan Christmas for the first time and it was amazing. My family member still ate turkey and ham, but we decided to make all the sides vegan friendly and I made a vegan dessert.

If you continue to eat meat or fish or dairy that is cool, it is your life and you do you. I would just hope someone may be inspired to include one vegan meal per week or day, or have a #meatfreemonday

Share this article -
Published Jan­u­ary 2nd, 2019
Tags opinion vegan animal rights healthy eating food vegetarian
Can this be improved? Contact editor@spunout.ie if you have any suggestions for this article.