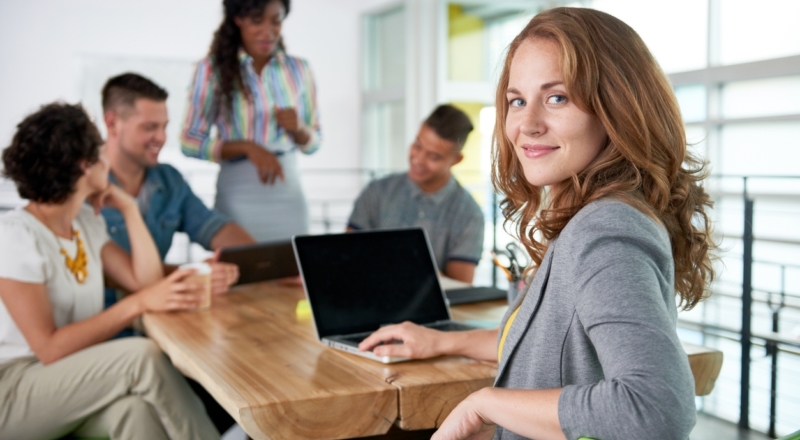 How I was inspired and empowered at FemFest

At FemFest young women are encouraged to discuss leadership, equality, and plans for the future of feminism.

Written by Jade Connell Carroll and posted in opinion

I was delighted to attend Femfest, Ireland's biggest conference for young women held in January. The purpose of the conference was to empower and gain young women’s unique perspective on the changes needed in all aspects of Irish life. I really valued that the conference was a women-only safe space for everyone to talk openly and raise awareness of issues, and the relaxed and friendly atmosphere made it really easy to mingle throughout the day.

I took away so much from the conference and there were a few moments in particular that stood out to me. The opening panel led by Orla O’Connor director of National Women's Council of Ireland discussed the importance of representation in all forms of leadership. The diverse panel of women from varying backgrounds enforced the importance and value in uplifting and supporting other women. It was a reminder that we can achieve far more when we work together, rather than competing or tearing each other down. It also opened my eyes to some of the double standards and obstacles women in leadership face and how we can work and lean on one another to overcome them. It highlighted the need for more women in leadership and how crucial role models are for aspiring changemakers because “you can’t be what you can’t see.”

I took so much away from the speech made by keynotes speaker Vicky Phelan. She spoke candidly about how her life has been flipped upside down since the cervical check scandal and her experience with cancer treatment, urging the audience to get a smear test and trust our intuition when it comes to health. She was frank and honest about the changes that need to be made in the healthcare system and the importance of women talking openly about seemingly taboo subjects such as our anatomy and sex lives. One thing that particularly stood out to me was when she described herself as an “accidental leader” and confessed that she didn’t see herself as anyone out of the ordinary or a natural born activist. She was simply passionate and angry about the injustice she faced and spoke out about it. She said that when she was faced with her prognosis nothing else matters but doing the right thing. She also spoke out about the importance of using your voice in the face of adversity.

This idea of being an “accidental leader” was something many of the speakers throughout the day said they resonated with. This message showed me that there are many different types of leadership. Anyone can use their voice to empower others and enact change.

After the panel, we went to one of the three workshops that were offered. I went to the workshop on activism led by Sarah Monaghan. We discussed what activism is, its different forms, and the barriers we may face when getting involved. I really enjoyed the workshops because they were engaging and the smaller group allowed for more discussion. The workshop reinforced a similar message as the panel, that we can all take small steps to create great change. There are so many ways we can support causes that we are passionate about and activism can be expressed in many different ways.

After lunch, we had our second panel and this was one of my favorite segments of the day. The panel was led by Dil Wickremasinghe who opened with an unexpected but greatly appreciated, Beyonce dance break. The panel focused on similar themes as the first, such as leadership, breaking gender norms and representation. It empowered me to be proud of who I am and embrace my uniqueness. It reminded me that as women, what we are made to view as our weaknesses can be used as our greatest strengths and that there is strength in being emotional and vulnerable. It reminded me not be afraid of being “too bossy” or “too stubborn” when using my voice. Suzy Byrne also spoke about the realities of being a woman with disabilities in Irish society. It opened my eyes to struggles that minority women in Ireland still face today.

For the second workshop, I chose one about consent. After breaking into smaller groups we brainstormed the meaning of consent, the root of problems that lead to sexual violence against women and solutions to these problems. The workshop reinforced what consent means to me and the importance of education and discussion around consent.

All in all, Femfest was a valuable experience as it introduced me to a diverse variety of incredible women from all spheres of Irish life. It allowed me to engage in important conversations in a non-judgemental and encouraging environment and also opened my eyes to the issues we still need to tackle. Femfest was a day to remember and the resounding message I took away was the importance of sisterhood. Femfest left me feeling empowered. It reminded me of the strength of my own voice and I am now incredibly inspired to go after what I am passionate about.

Join young women from across Ireland at FemFest 2019
What is Feminism?
Recognising inspiring women in your life