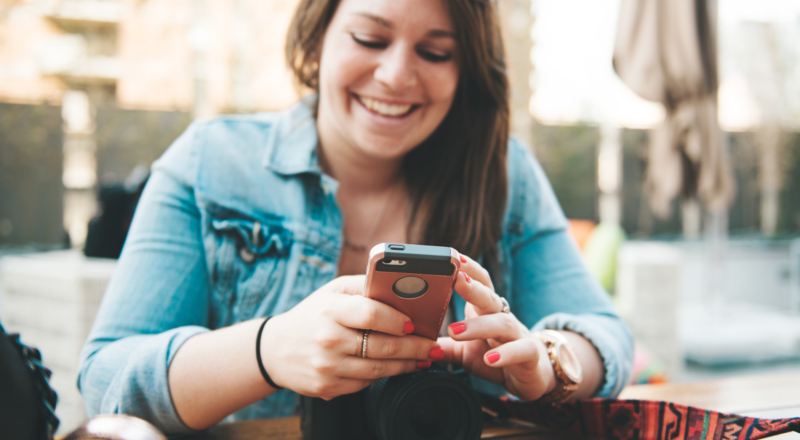 SpunOut.ie volunteers are asking you to share 4 pictures on social media, tag 4 friends, and donate €4 towards SpunOut.ie

Written by Courtney Jordan and posted in opinion

Young people all over the world are finding it difficult to deal with COVID-19 pandemic. With school, colleges and workplaces closed, there have been some big changes in the last few weeks. Many young people are struggling with their mental health as they’re staying at home where possible and social distancing. The Mental Health Fund was devised by GoFundMe as a way to gather funds for crisis mental health services around the globe. A partnership was formed between the USA, Canada, the UK and Ireland. In Ireland, the funds are being split between SpunOut.ie and CrisisTextLine. Demi Lovato has become a supporter for the fundraiser, having been incredibly open about her own experiences with mental health difficulties. She publicly commented on the fact that “so many people have been left alone with their thoughts, their anxieties, their abusers” which obviously contributes to the increasing need for crisis services worldwide.

SpunOut.ie volunteers have gotten involved with the fundraising, and we have created the #4MentalHealth campaign. We’ve opted to focus our plans on a social media challenge as they’ve been so popular recently, and are relatively inexpensive to run. We knew we had a big group of people to back a social media campaign as we have the support of the SpunOut.ie volunteers, our friends, and our families. We took inspiration from Instagram accounts such as Humans of New York and Humans of Dublin. We wanted people to relate to the pictures they shared and for those pictures to tell a story, so we decided to have people post pictures that make them happy or bring them joy.

What is the ‘#4mentalhealth’ campaign about?

Our campaign was based around the idea of four - four countries, four pictures, four friends and €4 donations. We’re asking people to share four pictures that positively impact your mental health, tag 4 people to do the same, and donate €4 towards SpunOut.ie by texting SPUNOUT to 50300. We wanted the donation to be affordable for young people, as we assumed it would be mostly young people involving themselves in the challenge, so €4 felt like the best option for us. The €4 donation was made possible by the text donation line that SpunOut.ie already had in place, almost like fate.

Getting started with the campaign

Once we decided on our method of donation, we took to our fellow volunteers to ask for some help in filming a promotion video to be shared across our various social media accounts. Like we’ve said, we’re really lucky to have the support and engagement of all the volunteers and had no trouble at all finding volunteers for our video. We wrote up a script for the video, keeping it short and sweet to keep people’s attention. We then had each volunteer record one line to incorporate as many people as possible, and spread the workload as thin as we could. We thought it was important to record both a landscape and portrait video, so we could make use of the “story” feature on Instagram, Snapchat, and Facebook.

After the promotion video was recorded and edited, we began reaching out to the media - radio stations, websites, and newspapers alike. We also approached a number of influencers across the platforms we would be operating on and asked them to share the message. Just two days in, we’ve had two interviews recorded for radio and had a number of influencers relevant to the topic of mental health share the message with their followers.

Looking after our mental health

Our reasons for getting involved may all be different, however we can all agree that people’s mental health is always a concern to us at the best of times. With the current COVID-19 situation, we have seen just how important our mental health, resilience and coping skills are. However, for some people, more support is needed. This is where our resources and support services have become even more important than normal. Young people reaching out to SpunOut.ie for support is up 60% since the COVID-19 pandemic began, young people reaching out to our 24/7 text line for support is up 44% and anxiety/stress as an issue has doubled, with 52% of texters mentioning it now in their conversations.

We would love to have you continue the amazing success this fundraiser has been. Upload four pictures onto your preferred social media, tag four friends to do the same and text SPUNOUT to 50300 to donate €4. €4 allows us to reach 9 readers every single month for a year. Last year we had over 1.8 million readers.

Other ways to donate include

Thank you for all the involvement and support so far, and remember to get involved if you haven’t already! The COVID-19 pandemic is affecting mental health services all across the world, and they need your help. Remember to stay at home, check in on friends and relatives, and wash your hands with soap!

Share this article -
Published April 30th, 2020
Last updated August 11th, 2020
Tags demi
Can this be improved? Contact editor@spunout.ie if you have any suggestions for this article.

Demi Lovato announces fundraising appeal for SpunOut.ie
How to open up to someone about your mental health
10 ways to maintain your positive mental health