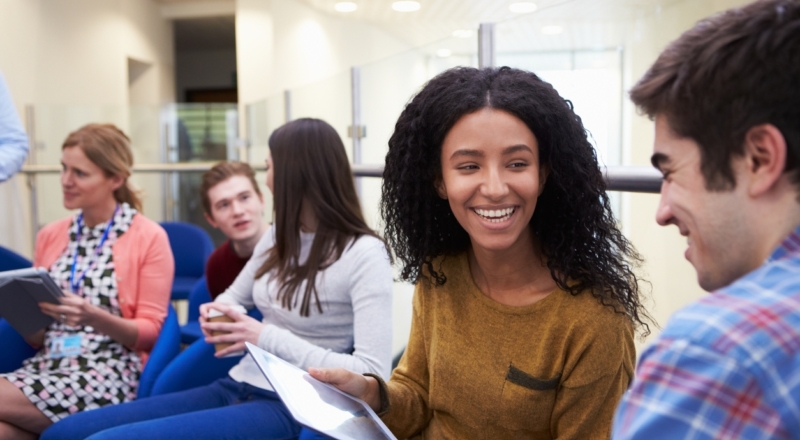 The conference was an opportunity for young people to have their say on sexual health and wellbeing issues.

Written by Chloe Maguire Sedgwick and posted in opinion

What was this event?

Young people from youth services across Dublin City North gathered on November 2nd 2018 to participate in a sexual health and wellbeing conference. The aim of the conference was to have the voices of young people heard.

Everyone in attendance had participated in a sexual health programme before the conference, and came to the event with a certain level of knowledge. The conference was about taking the knowledge, experiences and opinions of young people to empower them to make positive choices.

The steering committee were trying to find out what young people think about sexual wellbeing and health. A number of themes had been picked out, including consent, healthy relationships, body image, and sexuality. Each theme had a workshop.

Facilitators in each workshop worked with the young people around the kind of messages that they would like young people and older generations to hear. The steering group were looking to capture these messages and move them into a social media campaign.

The balloons and general decoration in the conference were red, amber, and green (the colour of traffic lights). They stood for stop, analyse and go. This is a key message when teaching young people about their sexual wellbeing, and was brought into all workshops

What were the stands in the morning for?

The steering group went to different youth orientated agencies (e.g. Jigsaw, DRCC) and asked them to have some information out for the young people in the morning.

They decided to have the stands there to connect with different organisations to give young people an idea of what supports are in Ireland for them. Now they know these services exist, not just for themselves, but also for friends who might be affected.

What happened in the workshops?

They were going to get different organisations in to run the workshops originally, but as youth workers run workshops like this all the time, they decided to divy it out amongst the steering committee.

Each workshop had different layouts and were very informal. The workshops used a variety of different activities to engage the young people, such as walking debates, scenarios, and games.

For example, the body image workshop explored body image and young people’s experiences and choices around it through art.

The facilitators based the workshops around what they saw as the best way to get young people to participate in the workshops and to use their voices.

The young people were divided into four groups based on their age. The conference was for 15-19 year olds, and the groups were broken up appropriately as a result. All participants got to do all four of the workshops.

I talked to Kacey and Megan from Cabra for Youth. They said they enjoyed the workshops as they showed experiences that everyone has to deal with it. They said they were hoping to get more information on the different topics, and to find out what actually helps in difficult situations.

Sophie and Emma from Sphere 17 said they found the conference really interesting as they were interested in sexual health, so it was a great opportunity to learn more. They particularly enjoyed the games in each workshop.

How were they capturing the voices of young people throughout the day?

A graphic harvester was in each workshop throughout the day, creating a graphic around the voices of each person they heard from. It was made up of a series of different sheets; each workshop had one, and there was a general one for downstairs too. The graphic tells a story and is a visual way of explaining the day. There were also people taking notes in the workshops.

There was a feelings/thoughts jars around the place for people to contribute anonymously. If there was anything pressing that came up during the day, they could put that thought in the jar and leave it at the event.

There was also an evaluation at the end of the day that they were hoping to get feedback from.

Lastly, each group was brought by youth workers and they’ll engage with them after the day. As the youth workers are part of the steering group, there’ll be a constant back and forth about what went well and what didn’t go well.

How are they going to use this information?

The main aim is to use this information for the videos they’re going to make in February. This means when they get to the video workshops, they’ll have the notes from

Share this article -
Published Jan­u­ary 15th, 2019
Last updated Jan­u­ary 25th, 2019
Tags opinion sexual health wellbeing have your say
Can this be improved? Contact editor@spunout.ie if you have any suggestions for this article.

Sexual health- have you got yours?

Consent in sexual relationships
What is a Sexually Transmitted Infection and how do you get treatment?