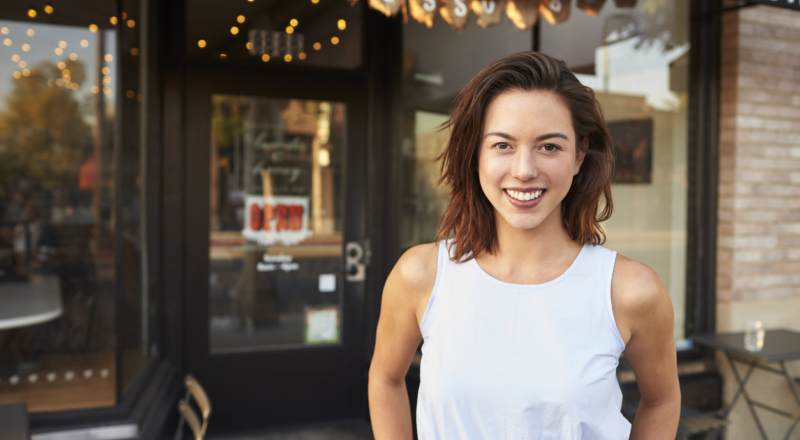 Why I'd rather make mistakes than live with regrets

Picking the wrong college course or career path is not always a bad thing. You can learn from every experience you have.

Rather an oops than a what if!

I was always an oops child. And by oops I don’t mean that I wasn’t planned, but rather I spent most of my toddler/teen life causing unfortunate situations for myself. I would knock glasses at the dinner table, say the wrong thing at the wrong time, and ultimately wing things that at the time most definitely should not have been winged. Luckily by the age of 10 I had stopped knocking copious amounts of glasses, had now learned to (mostly) filter my thoughts and only winged the things that I really felt could soar. Now don’t get me wrong, I was truly grateful for not having to change outfits by 11am due to spilled milk, but I also learned as I got older, the mistakes got messier, and sadly involved a lot more than just an outfit change, but more of an attitude change.

I was a bold child. Not the throwing a tantrum bold but more of a flinging myself out of my cot at the age of 11 months old bold. The kind of bold where I had to balance on the top of my cot and fling myself over the ledge just to march my determined little legs to the kitchen where my parents were. They were unsurprisingly both horrified and shocked at the sight of me. Yep, I broke both their hearts and homeware, and still probably do. Mom laughs telling the story of the time I had gotten an ice-cream off a lovely shop assistant and when mom said “what do you say to the man Áine”, I innocently replied, “sorry?!” Then when I was five, my Dad was teaching my older sister how to swim in the deep end. Not at all impressed by his lack of belief in me, I once again, marched those same determined little legs down to the deep end, whipped off my arm bands, and jumped into the deepest part of the pool. Lucky for me my Dad was there to rescue me but not before I could gasp for air flailing like a seal pup angrily screaming “what the hell took you so long?!”

But unlike all those times where I had my Dad to save me, I was now in my 20s and it was about time I learned how to understand the current myself. Little did I know at the time that the most growth I would experience would actually come from going against the flow.

One morning I read this quote out loud to my mother which read, “those who never made a mistake, never tried something new”. If that’s the case I must be running out of things to try I told her. We both laughed, but not because it was funny but quite frankly, because it was the truth. I picked the wrong college course, I hung around with the wrong people, I kissed the wrong frogs, and ultimately as a culmination of all my choices I believed things about me that were simply not true.

Before I go on, I must delve into my perception of wrong. In my opinion I was choosing things that were undesirable and that led me in the wrong direction, but why? And here is where we can all cut ourselves some slack. We never intended choosing a thing or a person that would result in upset. If that was the goal, I’m sure we would all be succeeding in life in some shape or form. It just so happened that we took the wrong direction for a while.

Sometimes the most scenic roads in life are a direct result from the road you didn’t mean to take. It may seem like you’re lost at the time but when you finally get back on track you can finally appreciate the journey you’ve just taken. But I get it. After a bad decision for a very long time you think “fuck it, I didn’t mean to take this road, not to mind this journey”. So, when you do get over the bump in the road, which you will, see what you have gained from the experience as opposed to what you have lost.

Don’t get me wrong, my choices haven’t always been a total shit show, some of them have genuinely led me to some of the greatest things, people, and places I have ever imagined. That includes choosing and staying in a job I thought I’d hate, giving someone a chance, trying a sport I used to make fun of, and taking a chance on doing a business course knowing full well that when God was making me, he forgot to add in “can maths”.

So, coming from someone who has always gone “sideways” I wouldn’t take any of it back. My choices have ultimately shaped who I am, not in what they were, but in how I responded to them. They gave me this inner grit, the kind of resilience that can only be taught from hard lessons. If you have taken anything from this piece, I hope it’s to embrace mistakes and choices. You are human- perfectly imperfect. As JK Rowling so eloquently puts it;

“It is impossible to live without failing at something - unless you live so cautiously that you might as well not have lived at all, in which case you fail by default”.

Let your life be moments of “oops” as opposed to “what ifs”- trust me, you’ll have better stories!

Share this article -
Published Decem­ber 7th, 2018
Last updated Jan­u­ary 25th, 2019
Tags opinion life
Can this be improved? Contact editor@spunout.ie if you have any suggestions for this article.

Finding happiness while juggling all life throws at you
How I feel deciding my next move after college
Is it better to take a chance or risk living with regret?