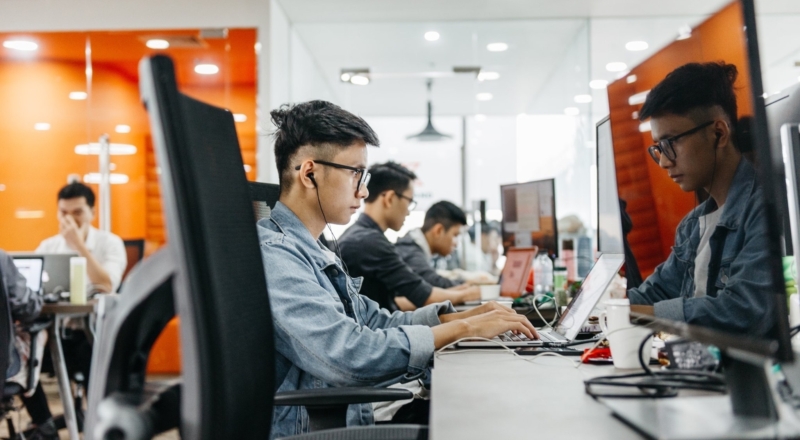 Written by Brian Dooley and posted in opinion

I have always been and will always be autistic. When I was younger I had a very hard time. I didn’t speak until I was four. I was and I am sometimes still physically clumsy. I had a very hard time relating to other people. I was bullied in my primary and secondary school years. Teachers always framed it as being my fault, even though looking back many probably knew I was autistic. This led to years of self-esteem issues that could have easily been avoided.

Finding it difficult to make friends

I went to an all-boys catholic school. I was made fun of by students and sometimes teachers. I couldn’t help the way I was or the way I am. I remember once someone punched me, leaving me with a burst lip. The school’s response was to suspend me, despite the fact I didn’t hit him or retaliate in any way. I think being in an all-boys school slowed some of my social development more so than it would for neurotypical people. Neurotypical means you are not neurodiverse i.e. you are not Autistic, or do not have Dyslexia, ADHD, Bipolar disorder for example. I didn’t understand small talk, made minimal eye contact and didn’t have proper friends to hang out with until I was 16.

When I started college, I didn’t have any friends for a while. I had difficulty figuring out how to initiate friendships from scratch. My friend Jack sat beside me and started talking to me. He introduced me to some of his friends, who became mine. Myself and Jack drifted apart eventually but I have always appreciated this act of kindness. I met other people in college who became my friends. I was treated well by the majority of my friends but I was still sometimes the subject of scorn.

Struggling to find a job that suited me

After college I entered the workforce, or should I say struggled to enter it. The first eight months after college I was unemployed. I only had experience working for my father’s accountancy firm. My difficulties with interviews also contributed. The eight months I was unemployed were horrible, for the first time in my life, I didn’t have any routine or anything to do.

My depression and anxiety increased during this period. I was so desperate for a job so I took one in a call centre where I had a really horrible commute. I would get up at 5am for the 5:43am train and my parents would give me a lift to the train station. I would arrive home at 8:30pm at night. It was a really noisy environment, and I had to deal with customers who were very often irate. I quit after two months, after almost suffering a breakdown. On my birthday my friends said I tried to rip my hair out in the pub. I wasn’t well and this was to continue.

I was offered a job the day I quit the call centre. I worked as a fund administrator. The commute was only one hour shorter and for months on end I had to stay until 8pm to work sometimes. I moved to Dublin briefly through a friend of a friend. I lived with the landlord who had very strict rules, I couldn’t have friends over, I couldn’t cook after 9pm. I was kicked out for allegedly breaking my contract when my landlord found a one beer bottle. This felt very unfair, it felt like one of many very arbitrary and pointless rules. I left that company and that house.

I was unemployed again for four months before getting a new job. This was a call centre job contract disguised as an admin job (the job title and job description were very vague). I worked there for a year. During that year, I asked to be moved away from the loud colleague I was sitting beside and the post room which always emitted a sharp beeping sound. The requests were denied for seven months as I repeatedly asked for this reasonable request, but they would not move me. It was horrible, I experienced constant sensory stress and the misery that resulted from that. I eventually got out of that job and I finally got a good job in the government.

I found out around three years old that I am autistic but I didn’t get a formal diagnosis until November 2018. Worldwide, only 20% of autistic people are in full time employment. I think this is because the interview situation is the exact opposite of the traits an autistic person would typically exhibit such as keeping eye contact, not going on tangents and stimming (which is repetitive hand movements). I think very few companies will accommodate someone like me and many people have negative perceptions about hiring autistic people.

In the last few years, I think I’ve improved a lot. As a society we need to move towards a place where everyone can be accommodated and accepted more. We have always been part of society and perceptions need to change. If I have this much difficulty in life, how is someone with more sensory issues, significant social difficulty and lack of support supposed to cope? Society has failed autistic people and we need to be part of the change that fixes that.

Share this article -
Published May 25th, 2020
Can this be improved? Contact editor@spunout.ie if you have any suggestions for this article.