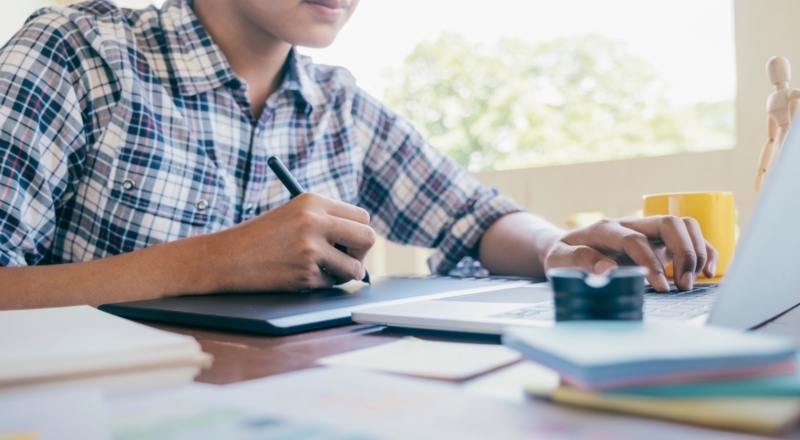 With the Leaving Cert 2020 exams cancelled and replaced with predicted grades, some young people share their thoughts

Young people share their opinions on the Leaving Cert 2020

With the Leaving Cert 2020 exams cancelled and replaced with predicted grades, SpunOut.ie teamed up with the Irish Examiner to share young people's thoughts on the latests plans for the Leaving Cert.

My name is Abbie Somers and I’m currently a 6th year student in Manor House School in Raheny, Co. Dublin. With the announcement that the Leaving Certificate exams are set to be cancelled, I felt a lot of mixed emotions. Initially, I felt excitement and relief at the thought of finally getting clarity from the Department of Education on the fate of our exams. As the hours ticked by, I felt myself growing more and more anxious at the thought of all the possible outcomes that come with the cancellation.

Overall, though, I would say that I was relieved at the thought of the exams being cancelled for the sake of students’ mental and physical health. My mental health took a dive at the start of 6th year and it only got worse as the months went on. Now, while trying to work alone at home, it’s been even harder. If it’s confirmed that the exams are cancelled, I know that for me, personally, it’ll be a massive weight taken off my shoulders and I’ll finally be able to breathe again.

Although I assume that the majority of my fellow Leaving Cert students will be in favour of the cancellation, I ask of them to be considerate of those who may be upset at the announcement. While I was firmly against the plan for exams to go ahead on July 29th, I know there were other students who were ecstatic to have more time to study and plan. We may have differing opinions on the matter, but we all have the common goal of wanting to finish up secondary school and move on with our lives.

I ask my peers to check in with your classmates if you haven’t already. We all need to support each other, no matter the decision made. 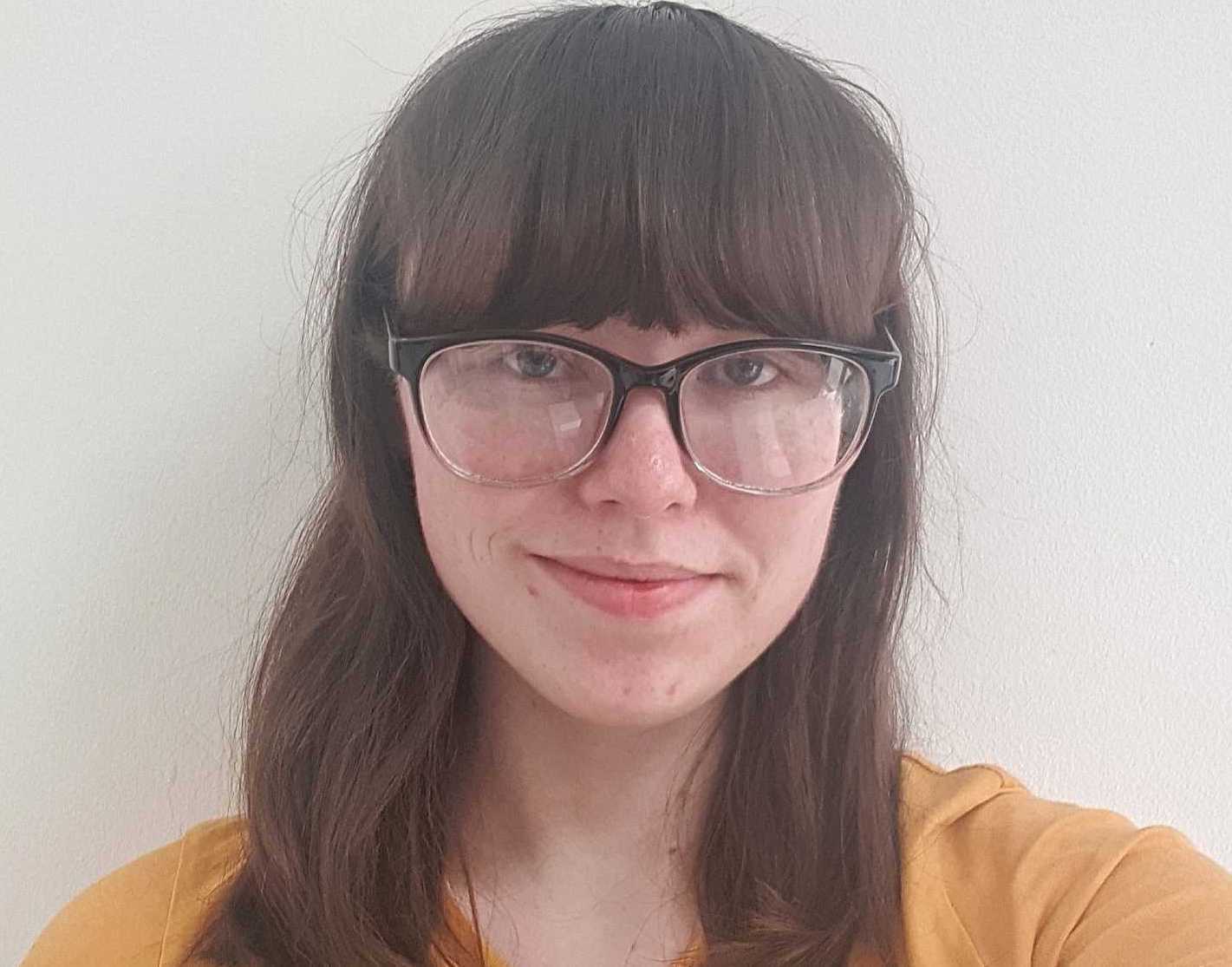 On the evening of Thursday May 7th, over 65,000 Leaving Certificate students were told of Minister Joe McHugh’s intention to cancel traditional exams as we know them and replace them with predicted grades. The consequences of the global COVID-19 pandemic have had a major impact on our nation as a whole, but I think people fail to see that the impact of the virus has filtered into the mental health of our students.

As a Leaving Certificate student, I was extremely worried about exams going ahead on July 29th as previously announced.I was concerned about how the safety of students could be ensured. I was also extremely anxious about the impact that the postponed exams were having on myself and my fellow Leaving Cert students. Personally, I have found that trying to find the motivation to study for uncertain exams amid an unprecedented global pandemic was a very difficult talk and I often lost motivation. The decision made by the government to cancel the Leaving Certificate has been a welcomed one by the vast majority of students including myself.

According to the recent survey conducted by the Irish Second-Level Students Union (ISSU), 79% of students opted for the cancellation of exams and the implementation of the predicted grades system. Postponing the exams has already caused so much upset, unneeded stress and anxiety amongst students. For a country that rightfully preaches about mental health, we have finally put our words into action. I am unbelievably proud of my fellow students who have stood up for what they believed in and our voices have finally been heard. The cancellation of this year’s Leaving Certificate exams was not a decision to be taken lightly but it was one that was necessary. I think students now feel that their health is protected. 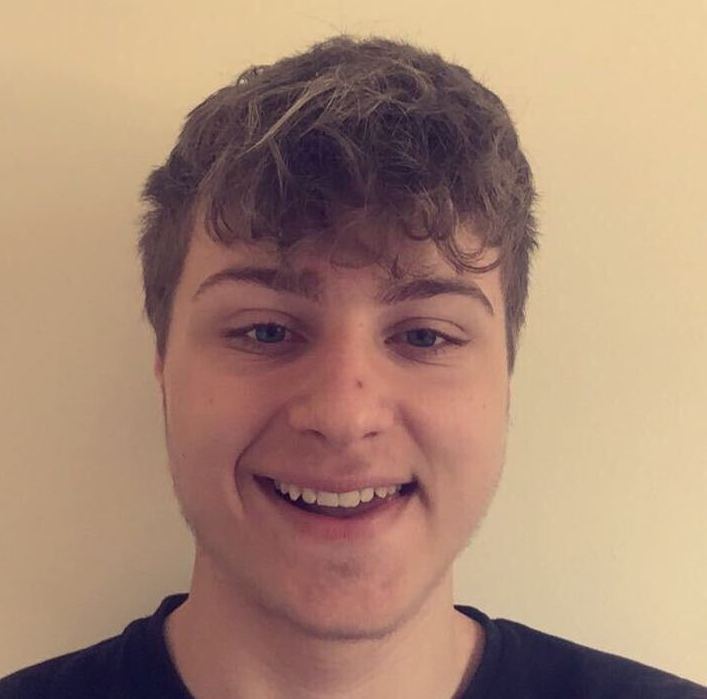 When I read the news of the expected cancellation of the Leaving Certificate exams, I felt a wave of immense relief. For weeks, students have been left in the dark, not knowing what was going to be happening with the most important exams of our school education. I think the uncertainty has been detrimental to the mental health of 65,000 Leaving Cert students, their teachers and their families. It has been a rollercoaster of emotions, ups and downs, during a time when the nation’s mental health and wellbeing is already at a fragile state. Now, regardless of whether you are happy with the final decision or not, we have clarity. Our safety has been placed at the forefront of this decision and that is the most important outcome.

For weeks I have been campaigning, on RTE, national and local radio, calling for the cancellation of the exams and for the use of predicted grades. I believe it is the best and fairest option for the community as a whole. We are living in such unprecedented times. We need to push individualistic attitudes aside, come together and keep the greater interests of the community in mind. This decision is not going to please everyone, but I think it is the only option which prioritises student’s health and wellbeing.

Now that the decision has been made, rather than highlighting all the possible problems, we need to come together to make it work. Predicted grades can be done. We have seen countries across Europe use this system. We need to trust in the professionalism of our teachers and the Department to provide the most accurate and reflective grade. The right decision has been made. 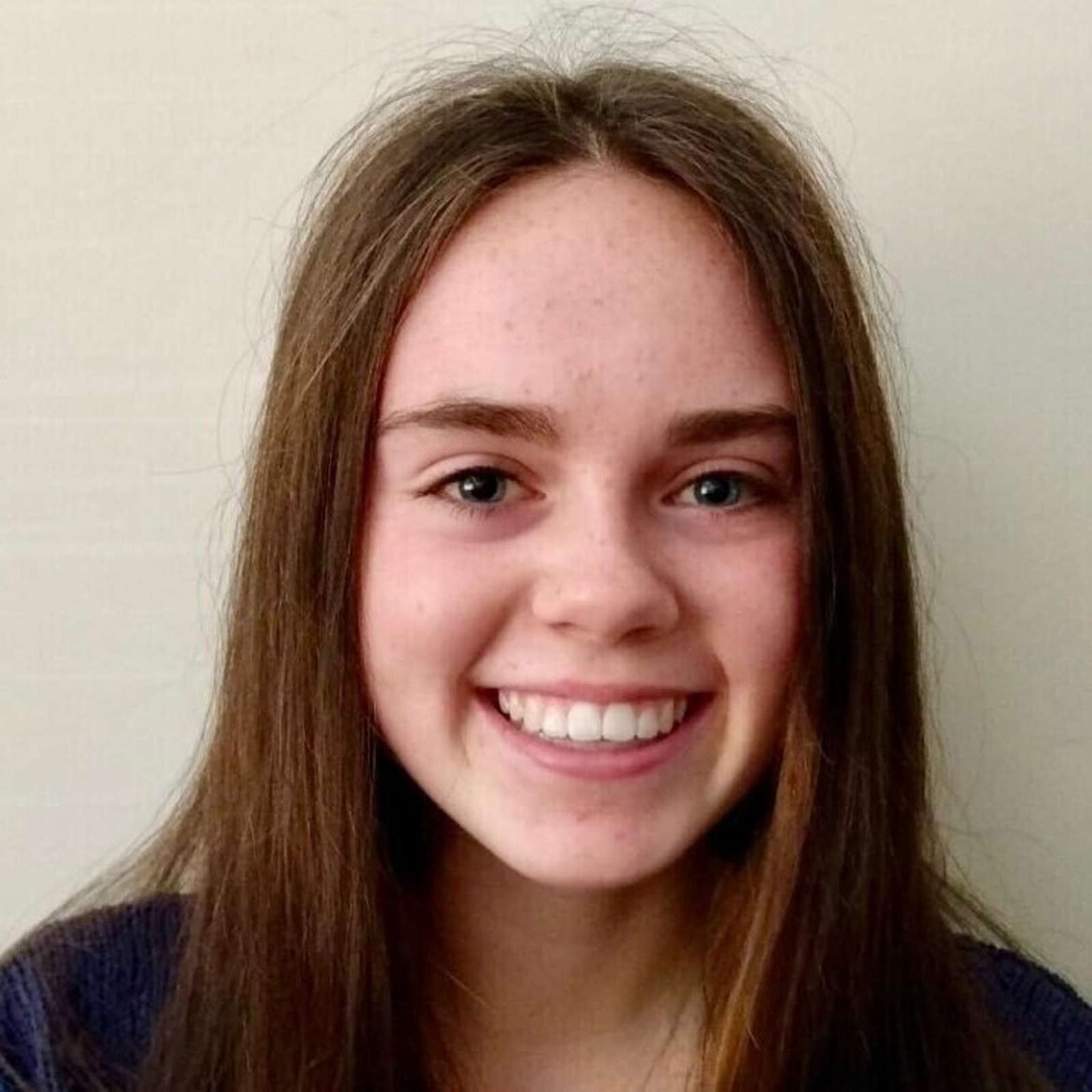 Leaving Cert students all over Ireland have been working hard to study, and finish projects and assignments. We’ve all been doing this remotely from home since schools have closed. The Irish Secondary Students Union (ISSU) have been working very hard since the decision was made to postpone the Leaving Cert from the 3rd of June to the 29th of July. For the decision to postpone the Leaving Cert, it seemed to me that there wasn’t much effort to try to get young people's opinions on that decision, but from that day onwards the ISSU have been on board the whole way to help young people's voices be heard.

As soon as I heard that Minister Joe McHugh will be recommending to the cabinet that the Leaving Cert will be cancelled I was super excited. I am extremely relieved that I don't have to stress about this anymore, but I also have a few concerns as to how everything is going to work out. When it was announced I felt a huge weight drop off my shoulders and I was able to feel happy and free. I can just imagine that many of the Leaving Cert students felt the exact same way.

Over 70% of the Leaving Cert students said that they wanted to cancel the Leaving Cert. It seems now that the government is listening to young people's voices, which makes me even more excited about this news as I know that if there are any more decisions to be made, I can rest assured that my voice will be heard. 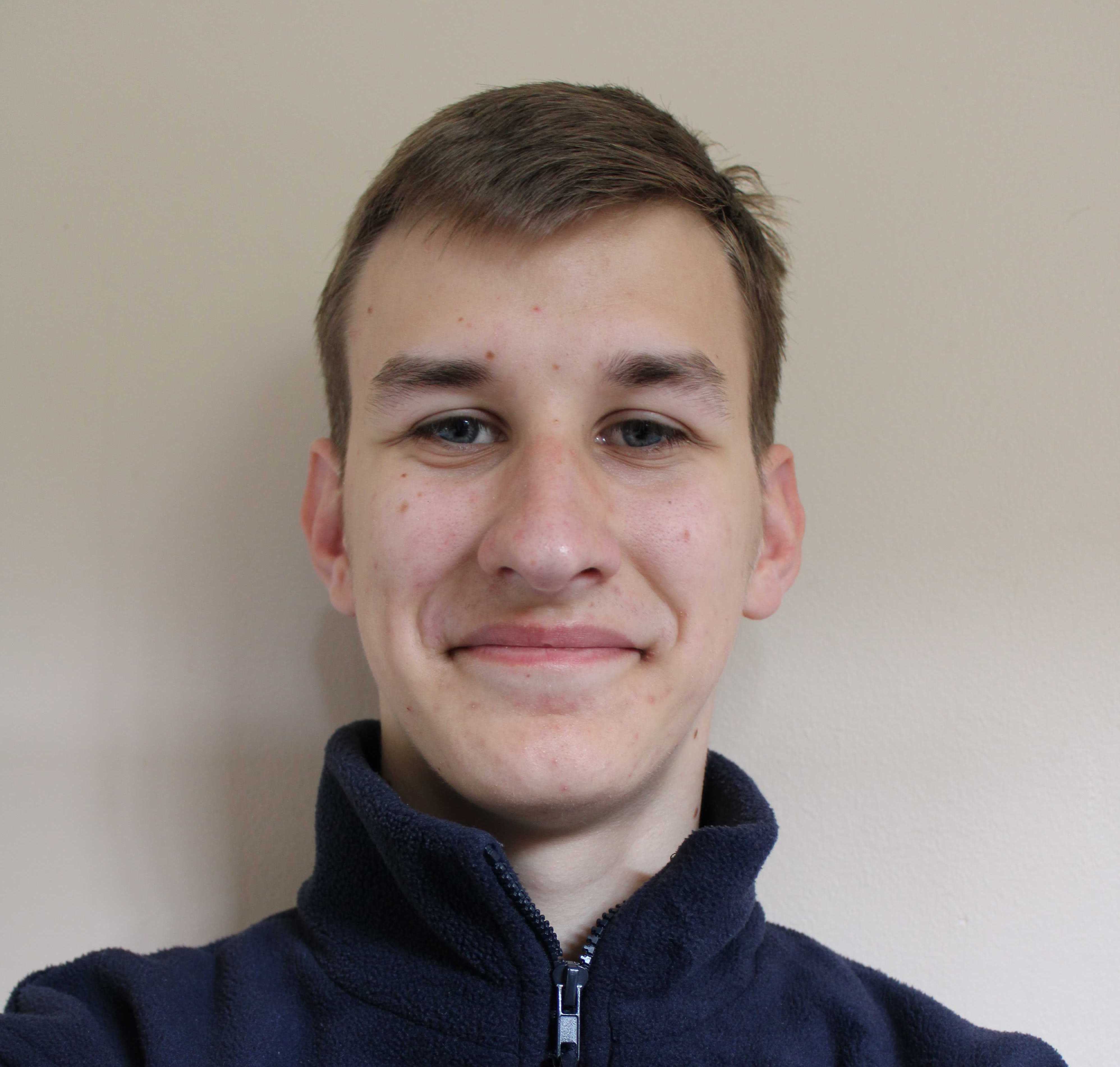 Late last night, sixth-year students, as well as their teachers and parents, heard about the decision to cancel the Leaving Certificate exams and instead proceed with a predictive grade model. I’m still struggling to comprehend the news, in all honesty. Slowly the news about the decision filtered down through social media and group chats and I think every student is in the same state of shock.

As someone who has been behind the idea of predicted grades since students began to advocate for them, I commend the government for their decision. Many sixth-year students’ wellbeing had taken a nosedive since we left school. I know that not being able to go to school and not having structured days was having an impact on me and my mental wellbeing. Along with this, other students had other setbacks in terms of the digital divide, a lack of facilities for study etc. that were causing a lot of stress and anxiety.

The Irish Secondary Students Union ran two surveys over the last few weeks, with the latest one showing that 78.6% of students were in favour of predicted grades and cancelling the exams. I’m relieved that the government has done the right thing and listened to the student voice because for a while it felt like we weren’t being listened, to which in my opinion, increased the stress that a lot of us were feeling. It’s going to take time for our brains to wrap around the fact that the exams are not going to happen. Our teachers are going to be put in a very stressful place in the next couple of weeks but I trust in mine that they will do right by my fellow classmates and myself. I believe that now is the time to take account of what we have and to heal. 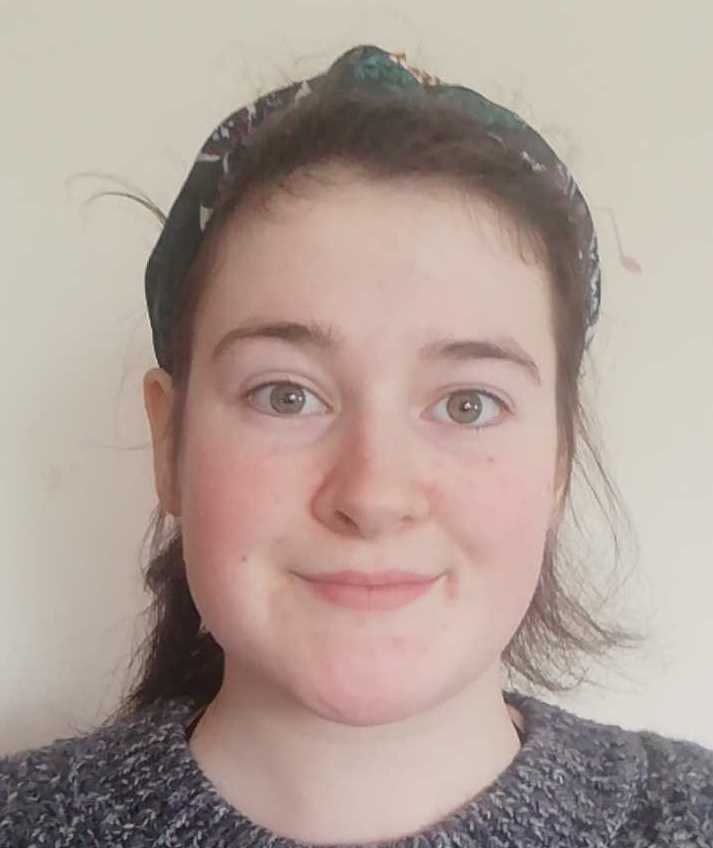 Share this article -
Published May 11th, 2020
Can this be improved? Contact editor@spunout.ie if you have any suggestions for this article.