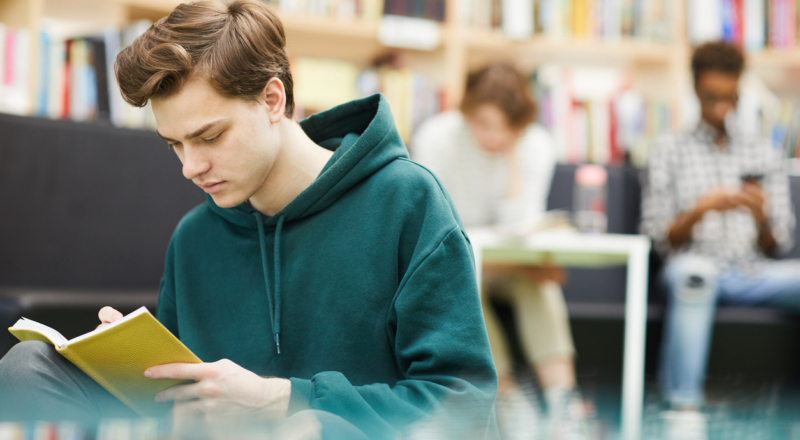 Written by Jay Pope and posted in opinion

When I was a teenager, I was very jealous of other guys my age. I came out as a transgender man when I was fourteen, so compared to guys my age, I looked small and young. I was so envious of the fact that they all seemed to have what I wanted, with no effort, while I spent my teenage years jumping through hoops in order to get it. When I tell people now, it seems so simple - testosterone made me look masculine, and top surgery gave me a flat chest. But it was hard to get - and for me, even then, that process was easier than most.

Always having to prove who I am

It started with a waiting list. At 15, I was referred to CAMHS - the child and adolescent mental health services - and while I waited, my parents paid for me to see someone privately. I was very worried about this, since these appointments often feel more like you have to prove yourself than something designed to help you. It was a strange arrangement. He was a psychiatrist that used to work with my counsellor and had a lot of experience working with trans people, but he had moved to France, so it was a Skype call. He was a big dude, he looked like a biker, and he was one of the nicest people I’ve met throughout my transition. We talked about my life, about me being trans, and he wrote me a letter saying he recommended me for testosterone.

Months later, only 2 weeks before I was due to have my first testosterone appointment, I saw someone from CAMHS. He was an older man. He seemed to have no prior experience working with trans people. It was mostly the same sort of questions, asking me about my life, and about being trans. But this was more uncomfortable. He asked about my relationships, my sexuality, stuff that doesn’t relate to whether I’m trans or not. It was awkward. These are not things anyone wants to discuss with a stranger, and so much of it felt so irrelevant. It felt like he was looking for a reason to say no, despite all the reasons to say yes. But at the end of the appointment, he wrote me the same letter as before.

I think in some ways I got lucky. Since I was still a minor, certain questions that have been asked of older trans people were far more clearly out of line, like questions about sexual activity or reproduction, where every answer is second-guessed. Plus, my mother was usually with me at appointments meaning whoever was talking to me had her watching them like a hawk. When you’re a minor like I was, parents or guardians generally have to come with you, but you might get a moment alone with the doctor. I think having some there with you makes a good impression on the doctor. It means they see you have support, which had been grounds for refusal in the past.

While talking about myself to a professional doesn’t sound too bad, it was always more like trying to pass a test to prove I really was who I say I am, more like an interrogation than a simple conversation. It only deepened the jealousy and frustration I felt around not fitting it. It felt like no one wanted to help me, like no one wanted to give me what I needed.

It was three days before my 16th birthday, and I was at my testosterone appointment while my peers were doing English in school. There was a lot of waiting. Waiting to see the nurse outside, then sitting in a new corridor and waiting there, before going into an appointment room. The endocrinologist - a hormone doctor - asked much of the same questions that the psychiatrists had asked me, but with even less tact. Once that was done, that doctor left, and we waited again for the doctor in charge. It felt like days, even though it was only three hours at most. Finally, he arrived, and wrote me a prescription. He didn’t really talk to me, but I remember that he said “Ideally, you would’ve had access to testosterone when you were 13 or 14.” That really stuck with me. I knew I was trans when I was 13, and I should have had access to these services then, but I didn’t. It was frustrating to know that, in another world, I could have accessed puberty blockers before I started having periods, or started to grow breasts, and wouldn’t have needed top surgery. I wouldn’t have felt quite as much like I didn’t fit in.

The next thing was getting top surgery. I had to wait until I had finished the leaving cert, since my 18th birthday was in the middle of 6th year. There was, at the time, one surgeon in Ireland offering top surgery, but I ended up seeking other options. Alongside my parents, I decided to travel to Fort Lauderdale, Florida, to have surgery. The most complex part of this was all the back and forth with the endocrinologist, trying to get them to refer me for surgery. Surgery itself was a smooth experience for me, and before I knew it, I was at home, feeling good, and never having to bind again.

Things have changed. I am 20 years old, and for me this process started at 15. Young trans people seeking to medically transition today won’t have the exact same experience as me. Even trans people my age, who hit these milestones at similar points, have different experiences to me. But what hasn’t changed is that when I look around at other trans young people, my peers and friends, many lack access to these services that I have had the privilege to enjoy. When I go to trans youth spaces, I am often the only one who’s had top surgery, and one of two or three who’s on testosterone or other hormones.

The hospital I still attend now for my testosterone no longer sees minors at all. There is a new service for children and teens, with different and at times highly restrictive guidelines. I feel that many young trans people are interrogated about their lives in order to justify their identity to others. Young people fall through the gaps because they’re too old for children’s services, and too young for adult services. Young people without support are denied these services, despite their often lifesaving nature.

Young trans people cannot be left behind. It is hard for vulnerable young people to make their voices heard, so when they speak up, we all need to listen. I share my experience now as an adult, in the hopes that I will be listened to in a way kids often aren’t, in a way that I wasn’t.

Share this article -
Published Jan­u­ary 28th, 2020
Last updated Sep­tem­ber 18th, 2020
Tags opinion transgender transitioning top surgery testosterone
Can this be improved? Contact editor@spunout.ie if you have any suggestions for this article.