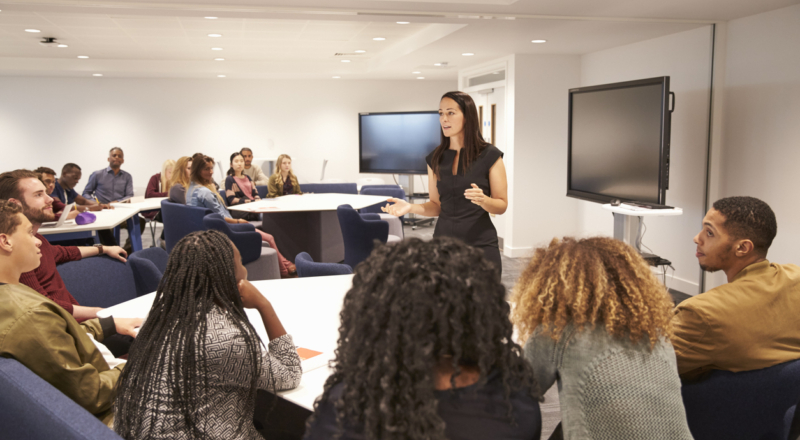 My experience as a youth delegate at the EU Energy Forum

The 11th EU Citizens Energy Forum took place in Dublin on the 12th and 13th of September. At the events, there were panel discussions on ensuring a fair and inclusive energy transition for all, engaging citizens in the energy transition, moving towards a carbon-neutral energy system and the role of consumers in that. 15 young people from the National Youth Council of Ireland (NYCI) were selected to go to the event. Other youth delegates from other organisations were also invited to attend, including myself and two other people from SpunOut.ie

Matt Collins, from the Department of Communications, Climate Action and Environment opened the conference. He spoke about a fair transition to more sustainable energy, strengthening consumer rights and the consultation on the Climate Action Plan would be done. This was followed by the EU Director-General of Energy, Klaus-Dieter Borchardt describing the Green New Deal. The Green New Deal promises to create a carbon-neutral Europe by 2050. It is an international campaign for a swift, fair, and democratic transition to a sustainable Europe. There seems to be popular support for the deal, with 90% of EU citizens wanting the EU to address energy poverty and ensure a fair energy transition according to a recent Eurobarometer Survey in May.

After this, there were some high-level discussions about how to ensure a fair and inclusive energy transition for all. There was some discussion about the low-interest rates given to improving energy efficiency in other countries. It was noted that no such low rates exist in Ireland and how any sort of carbon tax should not tax citizens alone but that companies pay their fair share, which was agreed upon by many of the young people and energy experts present.

I felt the first breakout session, unfortunately, was not productive for the young people attending. The title of the session was “Engaging citizens in the energy transition.” While there was some good information in the session, I felt it was difficult for people to connect with the information. An example of this was the mention of the microgeneration of electricity to sell on to the grid. However, at this time in Ireland, regulations and the lack of opportunity to return any money, make investing in solar energy in your home unattractive for the average person. This was echoed by many of the young people at the forum who want to produce clean energy in the future instead of relying on fossil fuels, but cannot see a viable alternative for themselves or their parents/guardians.

In the other breakout sessions on financing and managing the energy transition, there was mention of how local government has a role in creating small scale funding for citizen-led projects and how houses with energy efficient heating can save money and energy. In the latter sessions, the focus was on a just transition and focusing on the C words of comfort, control, cost, communication, coupling and consumer rights. This was much easier to understand as a consumer and make it clearer for ordinary citizens to engage effectively in the energy transition and for ourselves as young people to pass on this information.

It was noted by many of the young people there, including myself, that many of the sessions did not focus on the citizen side of the discussion. There was more of a focus on consumers, energy companies, and the relationship between them. This was mentioned in comments at the end of the first day and did lead to some necessary, albeit uncomfortable learnings for the hosts.

The second day, thankfully, immediately had a different focus. It featured an interactive panel with Greens MEP for Dublin Ciarán Cuffe, a representative from Friends of the Earth Dan Hatter & Monique Goyens from The European Consumer Organisation. This led to an interesting panel discussion with a focus on creating a carbon-neutral energy system and the role of consumers in that. This included more involved consumers who want a carbon-neutral society through protests and voting, while balancing data regulation on the production of energy at home without too much infrastructure on the grid.

At the closing of the forum, there were some heated debates on the conclusions of the report of the forum, with some people noting that at times it included off-topic discussions. That said, it did lead to a section where it noted to increase civil society engagement in future forums and young people's wishes to ensure policy engagement reflects the context of the climate emergency.

The discussion on the second day was more engaging. One statistic that was mentioned was that 41% of people attending the forum did not know their annual energy usage. To me this showed that even people who are energy savvy and working in the industry did not know their own usage. Many people seemed quite surprised at this and it was an interesting learning for everyone. The discussion on the second day also allowed more of the young people at the event to engage in the conversation. We highlighted the unfortunate legal issues in Ireland regarding e-scooters and regulations on energy production and giving energy to the grid.

In conclusion, for me, it was a massive contrast of days. While we knew that it would be a case of more learning than engagement in the topics discussed, it was frustrating that for a citizen’s forum, it seemed to isolate citizens who face energy poverty and it was a necessary reminder that the language spoken needs to be accessible to all, and not just people who are well-educated on the topic of energy.

Share this article -
Published Sep­tem­ber 16th, 2019
Tags opinion europe climate change climate emergency european union
Can this be improved? Contact editor@spunout.ie if you have any suggestions for this article.