What I’ve learned from my social media spring clean

Maeve argues we should think of our instagram feed as a self-curated moodboard, one which we are in full control of.

We have all been there. Opening up Twitter or Instagram, tapping through Snapchat stories, the inevitable anxiety always coming – should I be on a night out now? Should I be at the gym? Scrolling and scrolling, hoping you will identify with something, anything that doesn’t make you feel like you could be studying more, training more, eating less. Instead, you close the app after a double-tapping spree just that bit more self-critical than when you started it. Everyone knows that social media is not true to life, it is only the highs, the awards, the holidays, the ‘gym-bods’. We disregard social media detoxes as we worry we might miss something, instead resuming our daily ritual of scrolling – but does it have to remain as such a negative thing?

My social media spring clean started a week ago, when I realised that my daily scroll left me feeling significantly more anxious than usual. Over-posting and subtle boasting, all infiltrated my Instagram feed and sent me on a guilt-trip. So, instead of letting it happen, I unfollowed them. Along with them, I began to whittle down my ‘following’ count and felt a strange sense of empowerment in doing so. The realisation that I was the curator of what I saw on social media had never dawned on me before, neither had the fact that I had the power to transform my feed into something that doesn’t leave me feeling lonelier or lesser. I could use it as something to inspire and motivate me.

In stripping my Instagram feed back to friends and family and making it a model-free, photoshop-free zone, it became clearer to see that unrealistic beauty expectations had affected me more than I cared to admit. I replaced these accounts with ones that represented messages I needed – body positivity, empowerment. By following accounts that had my same body type or that promoted fitness beyond the unattainable Kim K ideal, I was instilling in myself the confidence that just because I didn’t look like Gymshark models, didn’t mean I couldn’t be happy in my own skin.

We often don’t recognise, or we’re in denial about, the toxicity of our Instagram feeds. While we may not feel it directly, it manifests itself in self-doubt when we’re in changing rooms or in guilt when we see someone post a story of them in the library. We need to learn that we are enough on our own, in doing our own thing. Your achievements are still achievements whether you post them on social media or not, whether someone else posts a ‘better’ one or not. In unfollowing accounts that make you feel frustrated, or failing or even jealous, you are shielding yourself from those feelings in a way that can only do good in the long run.

No one needs to have done you wrong for you to press the unfollow button. Throughout my unfollow spree, I lingered a couple of times, worried I would offend someone by reducing their follow count by one. Then I realised that these numbers neither define their worth or mine, and I proceeded to turn that white button blue. The hundreds of likes you get doesn’t reveal anything about you, the tens of comments don’t mean you suddenly got prettier. Instagram is a numbers game which everyone is going to lose, so it’s best to just disregard it altogether. Stop linking your accounts to those unfollow-tracking bots and stop over-analysing your captions for fear of what someone will think. Just as your feed needs a spring clean, so does your approach to social media.

If you surround yourself with positive people, you’re going to absorb that. If you consume positive messages and inspiring posts, you’re going to absorb that. By swapping out those accounts that only post negative stories for ones that use their stories as a platform for empowerment, for activism, for positivity, you are opening yourself up to that. Think of your feed as a self-curated moodboard, one which you are in full control of. Don’t like an aspect? Unfollow.

While a social media spring clean-out may seem frivolous, it is a tiny step towards making you feel more at home with yourself (one which is definitely worth taking). It may not fix everything, but it’s a start. 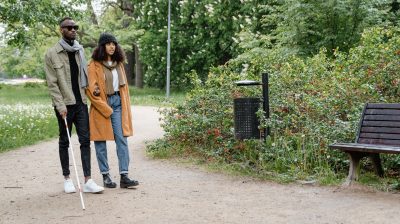 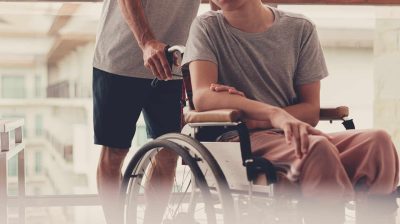 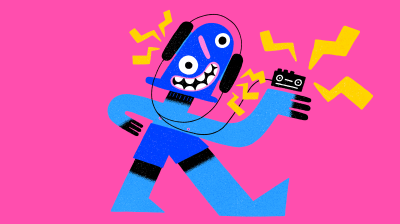