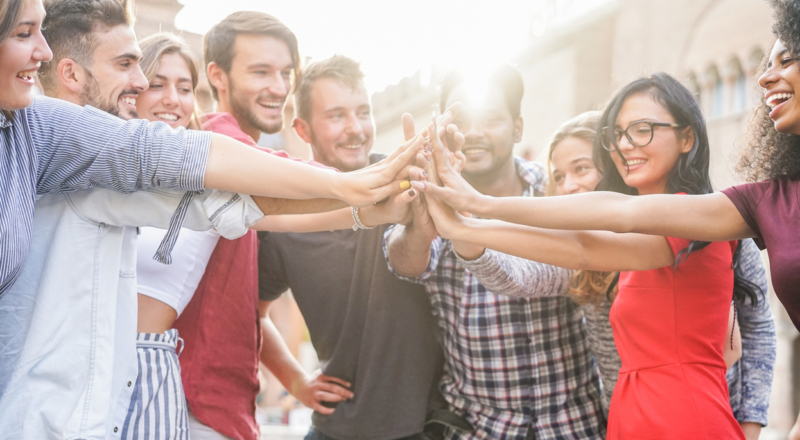 Do you want politicians and companies to do more to fight climate change? Robert talks about how you can make it happen.

Written by Robert Geoghegan and posted in voices

"We have this power today, but if we keep ignoring the problem of climate change we might not be given that option in the near future."

I had a lecturer who always said that there are two modes of power; the power to vote and the power consume. With the power of voting,  there needs to be political will. For example where I live there are not enough bins. When I enquired with my local councillor about getting more bins, the office the only way it was possible was to “get enough people to show an interest in the matter for my councillor to get behind it”. In short, to get something done there needs to be enough people behind an idea to implement change.

Climate change has been a topic of contention for some time and if 2018 was anything to go by the climate change issue is ramping up not slowing down. Donald Trump backed out of the 2015 Paris Agreement, an agreement dealing with reducing greenhouse gas emissions, helping countries adapt to the impacts on climate change and financing those adaptations.

Nearly every region on the planet experienced extreme weather and natural disasters in 2018. Europe endured a series of heat waves throughout the summer that saw temperatures reach 45 degrees Celsius in Portugal, May to July was the UK’s hottest three month period on record and June 28 was the hottest June day in Ireland on record since 1976, according to Met Éireann, we have seen emissions rising for a second year after three years of little-to-no growth. And in France, the Yellow Jacket movement formed after the introduction to carbon taxes that was seen as another tax on the poor.

Farming in Ireland is crucial to Ireland’s economy; farming is one of the most indigenous sectors. When employment in inputs, processing and marketing is included, the agri-food sector accounts for almost 9% of employment in Ireland. In 2016, Gross Agricultural Output (GAO) was valued at €6.92 billion. The beef and dairy categories are the largest sectors and account for 38.8% and 29.5% of GAO respectively. Other sectors which have a share in GAO include pig (7.8%), sheep (4%), cereals (3.9%), and other (16%). According to 2016 Farm Structure Survey by the central statistics office (CSO) showed that there were 137,100 family farm holders in Ireland the farming sector is important economically.

Global demand for livestock products will increase by 70% by 2050 according to the Food and Organization of the United Nations (FAO) as the world’s population is set to increase to 9.6 billion. The FAO website goes on to cite that livestock is the largest user of agricultural land due to livestock’s need for grazing and for feed. Unfortunately, this need for grazing and feed plays a major role in climate change due to needed natural resources land and water, which over time both land and water is becoming scarcer.

Another issue facing Ireland is greenhouse gases (GHG) emissions, per capita Irelands is amongst the highest in the EU, agriculture accounts for the biggest share of GHG at 32%. The FAO calculates that livestock worldwide generates up to two thirds of GHG, if all the cows in the world where considered an industry they would be the fifth largest industry producing methane. The latest GHG Emissions Projections Report states that Ireland is not set to meet 2020 emissions reduction targets and is not on the right trajectory to meet longer term EU and national emission reduction commitments. The projected growth in emissions is largely due to projected strong economic growth and relatively low fuel prices, leading to increasing energy demand. Put simply the better we do economically the worse we do environmentally.

Essentially this ties the hands of political leaders. They are damned if they do and damn if they don’t. This leaves only one option. We need to recognise that we, the consumers, need to change our consumption habits if we want to see effective change. This is recognising how we as consumers shop, how we eat and how we commute. While it is easier to say that commuting in the city centre is expensive, which it is, there needs to be an incentive to make a push for cheaper travel and people need to recognise we can push to implement them. There also needs to be recognition that how we consume food is a major factor in climate change and if we change our eating habits then industries will have to change along with us. While we do have the power to implement change with the power to vote, we also have the power to implement change with how we consume. We have this power today, but if we keep ignoring the problem of climate change we might not be given that option in the near future. We need to get enough people behind the importance of the climate change issues for our elected officials to recognise that they will be supported.

Share this article -
Published Jan­u­ary 3rd, 2019
Tags opinion climate change voting politics young people change
Can this be improved? Contact editor@spunout.ie if you have any suggestions for this article.