How the housing crisis impacted my path in life

How the housing crisis has impacted Diarmuid's development and independence.

What is a housing crisis? A housing crisis occurs when the cost of housing, be it renting or buying, becomes higher than the income reasonably deemed adequate to meet it. This is the current situation, not only in Ireland but in many countries around the world today. It has destroyed families, put an incredible strain on the majority of the population either renting or looking to rent and made the transition into adulthood even harder than it already is.

The housing crisis is having a huge negative effect on Irish adolescents’ and young adults’ development. It’s prohibiting the majority of the population from moving out. This might not seem like such a huge impact, but these now adults are being denied the chance to fend for themselves, figure out life and begin to understand the world independently. So, what are our options?

Every cent to survive

For most of us students who are putting ourselves through education, we are using every cent we have from our part-time or summer jobs to survive. For those who have already entered the working world with the recent price of rent, especially in Dublin, little can afford to pay this on a starting salary. Again, most can’t afford to transition between jobs because that can also come with a wage cut. For many who are one bad wage away from eviction, this isn’t an option forcing them to stay in a job they don’t want to be in.

A lot of us have had to share our rooms with younger or older siblings when we were growing up. This is already difficult enough when we are kids, but when two or more fully grown adults still are being forced to sleep, eat, study, and live less than 4 metres apart this can seriously put a strain on the relationship. I know because my brother and I shared a room until about 6 months ago. He is 6 years younger than me, and I can tell you first hand we have had our fair share of fights over the years. Especially when the lockdowns began, not being able to have any personal space or have time alone was truly difficult. As well during lockdown, I know of multiple large families that all had to share devices to do their online classes and homework.

Returning to education after two years of working, I had to consider that I would be putting my life on hold for another few years. I was an apprentice making very little money anyway, but after I would have been qualified moving out would have been easier (after a lot of overtime). I had to take this into account when leaving my apprenticeship because I would have to put off moving out even further back than originally planned. I knew even after a four-year degree that would be followed by another year or two at least of working to save up to put down a deposit. Then again, I had to discuss this with my parents to make sure they would be ok with this and that it didn’t disrupt their plans. Fortunately, they understood, but I can’t say that this would be the same for everyone.

That was the last straw of course for me and my brother sharing a room and we decided to save for a log cabin to build out my back garden. Which I am now living in happily and will for the next few years.

I have been extremely lucky to have had this log cabin built and have gained some separation from my family (about 6 metres) and have had some independence because of it. After sharing a small room my entire life this was a massive step for me, but I am still relying on my parents every day for things like electricity, the kitchen to cook in, I couldn’t afford to put a bathroom out here, I didn’t have the space either, so I am again relying on the house. This has impacted my development into becoming an adult and getting that independence we all strive for.

We are being forced to continue to live with our parents well into our 20s, 30s and for some 40s, this can make family situations incredibly stressful and tense. To think of all the individuals putting their lives on hold or not being able to become the people they want to become because of this issue is heartbreaking.

What about those who want to start having children and start that new stage of their lives they have been dreaming about for years? This is another huge aspect being affected for people who simply can’t afford the space to have children or because their rent is taking such a large chunk of their wages that they cannot afford all the expenses that come with having children. This for some people can be postponed, but that is not good enough; we should be able to have control over our own lives and have the option to be independent and begin our journey.

The worst part in my opinion is the government knows exactly what they are doing, they know exactly how this is affecting people and they either don’t care or are being paid off not to care. We are being forced to put our lives on hold and be in a constant state of struggle and battle to simply afford to survive. They are asking people to move out of the city and use the green space we have and commute to work, and then the price of petrol triples, insurance for first-time drivers is skyrocketing and they will not provide the transport links to travel into the city. In my opinion, the government is allowing this to happen, allowing normal people to struggle and fight for their entire lives with no means to an end.

The problem with current “solutions”

Another shocking thing I read was the government’s “solution” to this: co-living, which I strongly disagree with. The main goal is that you as an individual or a couple rent just a bedroom and share a kitchen and living space with 40 other adults. This, in my opinion, is just another problem we will have to clean up. This doesn’t promote development or personal growth in any way. This is something that can work well in colleges, but in my opinion, should stop at that point. Of course, if this is what people want to do, I have no problem with that, but presenting this as the solution and that we are to just accept this is ridiculous.

Unfortunately, for people, this is a constant source of stress and for me, it is always in the back of my mind. It is another obstacle created by our government to force us into the continuous cycle of sacrificing what we want to work on all our lives just to be able to survive. In my opinion, this will never stop, this will continue to get so much worse, unless we can come together to stand up and not allow this to continue.

With electricity and energy bills rising, it might be time to look at ways to save money on your monthly bills. Find out how you can manage your monthly expenses – and what to if you’re feeling overwhelmed about money. 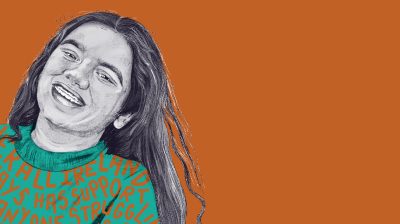 While Ireland is not perfect, there is always someone to ask for help

While Ishita has witnessed some problems in her local community, she has found that help is always at hand. 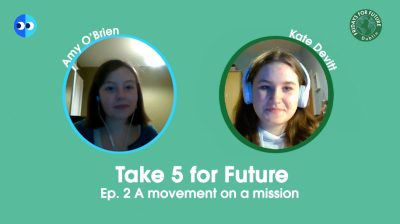 Take 5 for Future: A movement on a mission

This week, spunout volunteer Amy O'Brien chats with Kate Devitt from Friday's for Future Dublin about the group's goals in the lead up to the #PreserveNotPollute protest in Dublin on March 25th. 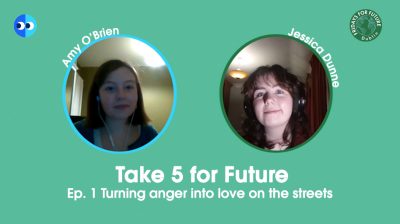 Take 5 for Future: Turning anger into love on the streets