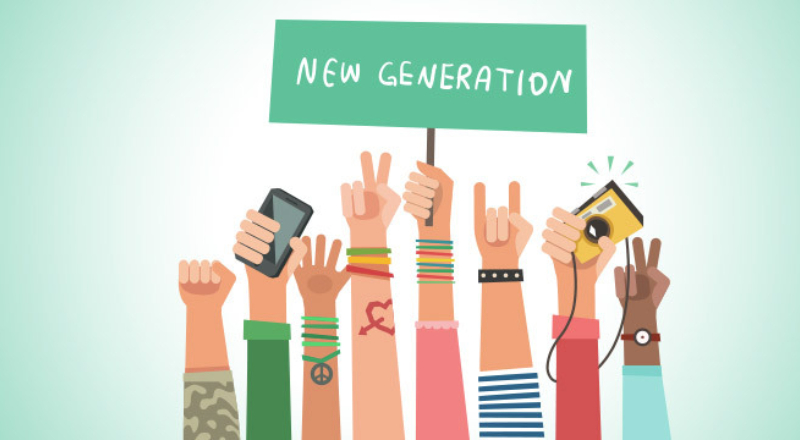 Irish millennials are open, optimistic and might want a revolution

Irish young people are open, optimistic and have very little confidence in traditional sources of authority, a new poll has found. The European Broadcasting Union’s massive “Generation What” survey asked young people from across the continent their views on a wide range of topics from sex and society to immigration and the economy.

The survey was carried out last year in 18 countries, with nearly a million people between the ages of 16 and 34 asked 149 questions each. This has provided a major snapshot into the opinions of Europe’s younger generation and you can find their answers in full here.

No country for young people?

Looking just at the answers of respondents from Ireland aged 16-25, we get a fascinating insight into a millennial generation which is increasingly rejecting many of the core institutions of the state. The poll found, for instance, that Irish youth have little time for almost every type of authority figure:

Young people also expressed unhappiness at the general condition of Irish society, with many feeling we could be doing a lot better as a country:

As well as being dissatisfied with the status quo, most of Ireland’s youth expressed support for progressive solutions to society’s problems. Despite the rise of far-right politics in Europe and America, Irish millennials seem open and liberal in their beliefs.

​There was also some inter-generational tension on display with 58% blaming the previous generation for most of the problems facing young people. So much so, in fact, that revolution may well be in the air: 56% claimed they would be up for joining “a large-scale uprising against the generation in power” in the near future.

The pursuit of happiness

As well as rejecting tradition sources of authority, many young people are also redefining what it means to have a good life. Overall, happiness (65%) was ranked the single most important factor in a successful life, beating out having a family, a job or money. In addition:

Despite their dissatisfaction with many aspects of Irish society, perhaps the most striking result of the survey was the positive views most young people have about the future. Only 23% of 16-25 year olds thought they would not do as well as their parents, with almost half (49%) confident they would do better. Overall, 71% of Irish young people were optimistic about what comes next.

So bring on the revolution!

Share this article -
Published April 26th, 2017
Last updated Feb­ru­ary 19th, 2018
Tags young people politics europe happiness
Can this be improved? Contact editor@spunout.ie if you have any suggestions for this article.
Jump to related articles
Was this article helpful?