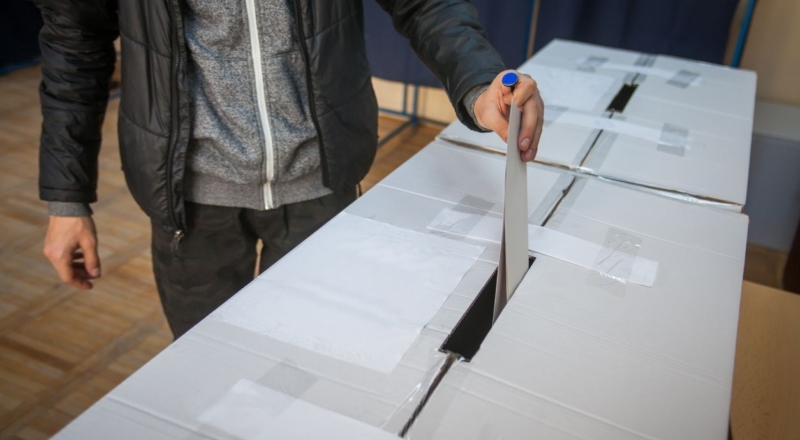 On Friday 26 October, Irish citizens will go to the polls to decide on two important issues: who will be the next President of Ireland, and whether or not to remove the crime of blasphemy from the constitution.

If you want to have your say, then it’s important you make a plan for polling day. Taking some time now to find out where you need to go, what time you will vote and how you will get there could make all the difference on the day.

It’s also important that you know exactly what you’re voting on. Read more about the presidential election here and about the blasphemy referendum here.

Here are some things to keep in mind when you plan your vote:

Find out where your polling station is

The location of your polling station depends on your address. It’s important you know exactly where you are going on polling day.

A polling card will be delivered to your address before Friday. You do not need a polling card to vote. The purpose of the polling card is simply to give you information on when and where to vote.

The address of your polling station will be printed on the card.

I haven’t received a polling card

If you haven’t received a polling card, but you’re not sure where to go on Friday to vote, you can fill in your details at checktheregister.ie or ring your local authority to find out the address of your polling station. You can find a list of local authorities here.

Decide what time you will vote

Polling stations will be open from 7am - 10pm.

Pick a time to go to the polling station, and make sure you plan it around other commitments like work or college, so that you don’t miss out on voting.

Decide how you will get there

Do you have to travel to another county to vote? Can you walk to your polling station? Will you need to use public transport?

Bring photo ID with you to the polling station

You will need some form of ID when you go to vote. This can include:

You will need to bring ID even if you received a polling card. If you did not receive a polling card, you can still vote if you bring ID.

Know what to expect

When you arrive at the polling station, you will be handed two ballot papers, one each for the presidential election and the blasphemy referendum.

The presidential ballot will list the names and pictures of the candidates. To vote, put a “1” next to the candidate you most want to win. You can either stop there or, if you like, put a “2” next to your second choice, a “3” next to your third choice and so on for as many candidates as you wish.

Do not write anywhere else on the paper or write or draw anything else in the box, or you will spoil your vote, and it might not be counted.

Find out more about the presidential candidates and what the President does here.

For the referendum question, you will be asked on the ballot paper whether or not you want to approve “the Thirty-seventh Amendment to the Constitution (Repeal of offence of publication or utterance of blasphemous matter) Bill 2018”.

To cast your vote, simply place an X in the box next to either Yes/Tá or No/Níl. Do not write anywhere else on the paper or write or draw anything else in the box, or you will spoil your vote, and it might not be counted.

Voting Yes/Tá means you approve the ‘Thirty-seventh Amendment’, which would edit Article 40.6.1.i. of the constitution, removing the requirement that blasphemy be punishable by law.

Voting No/Níl means you do not approve the ‘Thirty-seventh Amendment’, and Article 40.6.1.i. will remain in the constitution unchanged.

This is what the ballot paper for the blasphemy referendum will look like:

Find our more about what we're being asked to vote on here.

Remove or cover up any campaign jumpers, t-shirts or badges

No campaign material is allowed within 50 metres of a polling station. This means that you are not allowed to wear any jumpers, badges or other material that show support for any of the candidates or either side in the referendum.

When you go to the polling station, remove your badges and jumpers, or cover them up so that they can’t be seen. If you are wearing any of these materials, you will be asked to remove them or cover them before you can vote.

You can put them back on when you leave so long as you are 50 metres away from the polling station.

Share this article -
Published Octo­ber 22nd, 2018
Last updated Octo­ber 23rd, 2018
Tags politics voting referendum
Can this be improved? Contact editor@spunout.ie if you have any suggestions for this article.
Jump to related articles
Was this article helpful?

Who is running for President of Ireland?
What is a referendum?
Voting facilities for people with disabilities