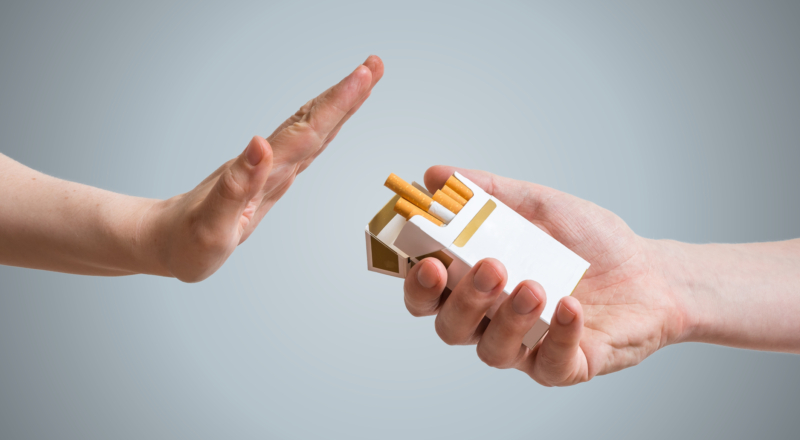 Rollie smoking on the rise in under 25s

Written by Conor McCreesh and posted in news

To mark World Health Organisation (WHO) World No Tobacco Day, the HSE has published new research, which reveals a significant increase - from 3.5% in 2003 to 24.6% in 2014 - in the number of people smoking Roll Your Own (RYO) tobacco in Ireland.  One in four smokers now use Roll Your Own. You can read the 'Roll your own' repot here.

Martina Blake from the HSE Tobacco Free Ireland Programme, said “Irish people are consuming fewer cigarettes overall, but more people than ever are using Roll Your Own tobacco.  It is particularly alarming that so many smokers under 25 years of age (44.9%) use them. Evidence shows that 'roll your own' smokers become more addicted and are less likely to quit.

“The HSE want smokers to know that they will be supported to QUIT with free help from our stop smoking advisors. We know that people who join our Smoking support programme are more likely to quit for good. We understand how difficult quitting can be but with support, the journey can be made a little easier. Our professionally trained counsellors can offer counselling support and advice throughout a smoker’s quitting journey and can advise on a range of medications which can help. There are 74 free stop smoking clinics across Ireland which you can find at Quit clinics.”

The report found that:

Dr Evans, an author from the report said “On May 20th of this year, new legislation was introduced that increased the weight of tobacco in a unit pack of Roll Your Own tobacco to a minimum weight of 30 grams per unit pack. It is envisaged that this measure will deter younger smokers because the cost per pack will be significantly higher. New and more graphic health warnings on the packs along with the QUIT support information will also help to discourage consumption and encourage those who consume tobacco products to seek support to quit.”

Dr Evans also pointed out that, “Robust evidence exists demonstrating that higher tobacco taxes and prices are the single most effective measure to reduce overall tobacco use. However, the effectiveness of this measure will not be fully achieved if Roll Your Own tobacco remains significantly cheaper than manufactured cigarettes. The price differential between Roll Your Own and manufactured cigarettes has been reduced in recent budgets, and we need to determine if further reductions can be made.”

Louise Ni Raghallaigh from Drogheda smoked 20-25 rollies a day before she decided to quit for good. She said “It’s been a struggle to stop smoking but now there are days I don’t even think about cigarettes. My GP was a great support, he is a former smoker too, and he told me not to give up on trying. I used the Nicotine Replacement Therapy patches to get me over the initial stages of quitting. I have to say the daily emails and text messages from the QUIT Team were brilliant and now I’m getting loads of support from the You can QUIT Facebook page. I feel absolutely fantastic, I actually don’t miss smoking. I’m really noticing the difference, I can smell the washing powder from my clothes and I can actually taste my food. My tips for other smokers are to get support from the QUIT service, don’t quit on quitting and take one minute at a time.”

For more information on the research click here: WHO-Tobacco Control

The HSE QUIT service provides personalised, free, proven support by phone, email, SMS and live chat. Free call 1800 201 203 to talk to the QUIT Team or to visit Quit.ie to view personal stories from the campaign, get smoking cessation tips and create a personalised quit plan. Quitters can also click I want to quit  and view the smoking cessation clinic location map. There may be a counsellor in your locality that you can contact to set up a face to face meeting to discuss your smoking history and pattern, assess your levels of addiction and develop a plan for quitting.

WHO: World No Tobacco Day 2017 - Tobacco: a threat to development Youtube video

Share this article -
Published May 31st, 2017
Tags health drugs quit smoking
Can this be improved? Contact editor@spunout.ie if you have any suggestions for this article.
Jump to related articles
Was this article helpful?

Why is smoking so bad for you?
What does smoking do to your health?