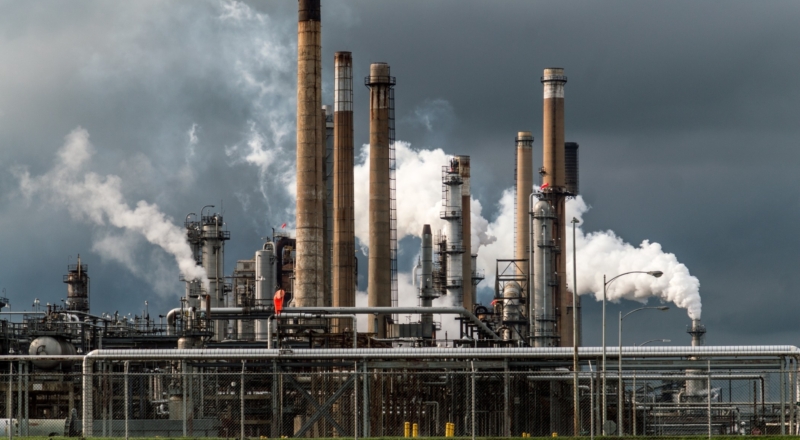 Climate change is a complex issue, and even though we know human activity is causing a rise in global warming, not everyone is equally responsible. Some countries have higher carbon emissions than others, while certain businesses and industries create more environmental damage than others.

Often, the people who are least responsible for climate change can be the most impacted by it. Developing countries with low levels of carbon emissions usually experience the worst effects of climate change, from flooding, to drought, and other extreme weather events. They also have fewer resources available to help them adapt to the effects of climate breakdown.

Meanwhile, richer countries and the businesses and corporations responsible for global warming are less impacted, and they have more resources to protect themselves from many of those impacts.

Understanding who is responsible for climate change can also help to highlight some of the solutions - but solving climate change will take effort from everyone, and there is no simple answer.

What businesses are responsible for climate change?

Research has shown that a small number of businesses and corporations are responsible for the majority of carbon emissions globally.

Fossil fuels are things like coal, oil, and natural gas. When we burn fossil fuels, we release carbon dioxide, methane, nitrous oxide, and many other harmful gases into the atmosphere. These gases are also known as ‘greenhouse gasses’, that trap heat and cause the temperature to rise globally. We have come to rely heavily on fossil fuels to power things like factories, cars, running machinery, using electricity, flying planes, and creating the things we use in our everyday lives, from our phones to our clothes.

This means that the actions of a small number of global corporations have led to the warming that we are seeing on our planet today.

All businesses have a responsibility when it comes to climate change

For example, the Intergovernmental Panel on Climate Change (IPCC) suggests that the fashion industry is responsible for 10% of global emissions every year. There are also issues around the amount of water used to produce our clothes (around 1.5 trillion litres a year); chemicals from factories leaking into the land and water in the communities where clothes are made; and microplastics entering our water systems when we wash our clothes made with plastic fibres such as polyester, nylon, and acrylic.

It is up to every company, big and small, to look at the impact they are having on the environment and on carbon emissions, and find ways to reduce their impact.

What are businesses doing about climate change?

In order to address our climate crisis, businesses both big and small are going to need to change their practices to reduce their impact on the environment. For many companies, especially fossil fuel companies, more environmentally friendly policies would be damaging for their profits, since they make money by producing the fossil fuels that drive up our carbon emissions.

Some of these companies, like Shell, have made commitments to reduce their carbon footprint, or to convert to clean energy altogether. Shell has committed to becoming a net zero-carbon company by 2050. They plan to do this by selling more green energy. However, this doesn’t mean they will stop producing fossil fuels entirely - it just means that the amount of green energy they produce will cancel out the impact from fossil fuels. They are also working on ‘carbon capture’ projects, trying to remove carbon from the atmosphere using technology - but this type of technology, known as ‘geoengineering’, is still a long way from working effectively, and is not something we can rely on.

Other companies plan to do this by doing environmentally friendly things such as planting trees, which are known to absorb carbon as a food source. This might sound good initially, but we have to also think critically and carefully about how these companies plan to carry out these goals realistically. If they produce millions of tonnes of carbon a year, and therefore need to plant millions of trees for many years to come, where do they plan to get the space to do this?

Although these sound like positive steps, some critics consider them ‘Greenwashing’.

When a company reveals policies or practices that look like they benefit the environment, but they are actually damaging, or are at least not as ‘green’ as they first looked. Critics of Shell say that if the company was serious about reducing their climate impact, they would stop drilling for new sources of oil and gas - something Shell is not planning on doing.

Many fossil fuel companies will also try to influence politicians and decision makers to support their industry, while at the same time announcing ‘green’ initiatives. This is why it’s important to always look into these initiatives and ask whether or not they’re really benefiting the environment, or if they are just there to make the company look good.

How can I demand change?

Although some people can feel overwhelmed by the climate crisis and think that their actions make no difference, it is important that you speak out and encourage businesses, politicians, and organisations to make changes. Here are some things you can do:

Share this article -
Published Decem­ber 11th, 2020
Can this be improved? Contact editor@spunout.ie if you have any suggestions for this article.
Jump to related articles
Was this article helpful?