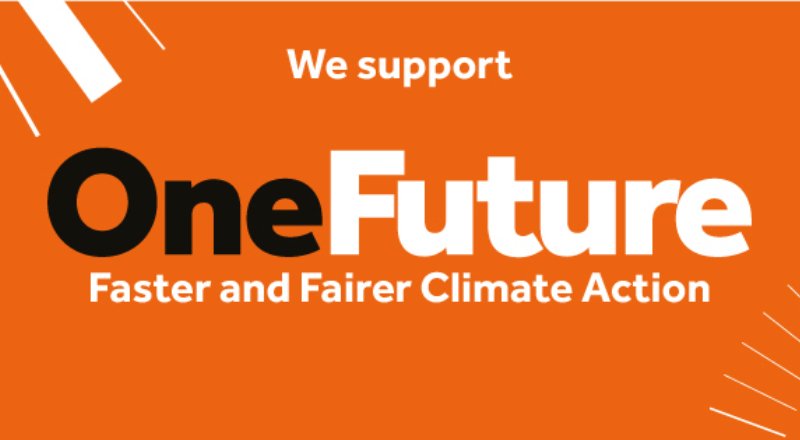 SpunOut.ie announce support for the One Future campaign

SpunOut.ie have announced our support for the One Future campaign calling for action on the climate crisis ahead of the General Election 2020.

SpunOut.ie joins USI, The National Women’s Council, Dochas, Concern and over 40 other organisations who are also supporting the One Future campaign.

What is One Future?

One Future is a grassroots campaign calling for faster and fairer climate action. One Future is about getting as many people as possible talking to their election candidates about climate justice.

We need Government to deliver dramatic transformation within a short period of time in order to reduce the impact of climate change. We want energy, transport, housing, food and economic systems that have zero climate impact.

Why does SpunOut.ie support One Future?

The SpunOut.ie Action Panel of young people who lead the organisation made the decision to partner with the One Future campaign for the General Election 2020. The SpunOut.ie vision is an Ireland where young people are empowered with the information needed to lead active, happy and healthy lives. We believe that climate change threatens this vision and if not properly addressed, will negatively impact the lives of young people in Ireland.

SpunOut.ie Action Panel member Criodán Ó Murchú shares why he voted to endorse the One Future campaign - “Climate change is one of the biggest threats facing people across the world and it will have a major impact on the lives of young people in Ireland. It is important that political attention is brought to the crisis and to the solutions. Endorsing 'One Future' shows our understanding of the issue, the actions we want our elected officials to take, and that we do not wish to leave anyone behind during this crisis.”

What is the One Future campaign asking for?

We want a government that will

How can you help the One Future campaign?

Share this article -
Published Jan­u­ary 29th, 2020
Tags news general election climate change climate crisis climate action and environment voting
Can this be improved? Contact editor@spunout.ie if you have any suggestions for this article.
Jump to related articles
Was this article helpful?