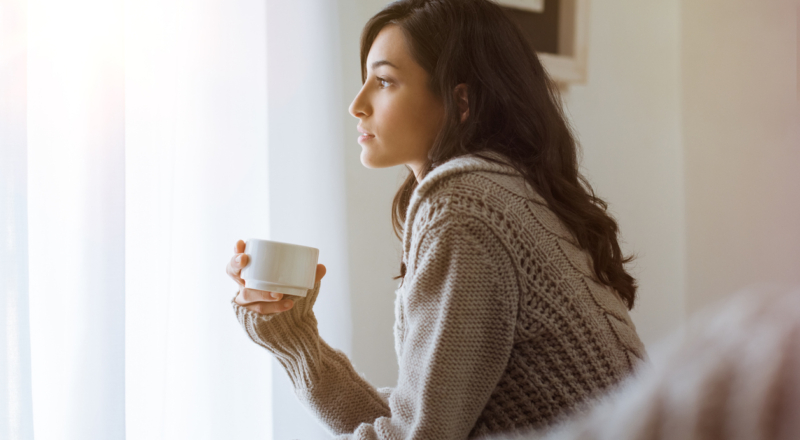 How I think my drug addiction started

This SpunOut.ie reader talks about their addiction to drugs and how with the support of family they're on the road to recovery

How things can change so quickly

When I was younger, my mother always used to warn me that addiction ran in our family, so I had to be careful. I never took any notice as I was never a huge drinker and I could count on my left hand how many times I tried drugs recreationally.

Last November I was sexually assaulted by someone I know. I hit an all-time low. I felt worthless and embarrassed. When I tried to confide in someone, they didn’t believe me. This made me feel so much more shame and embarrassment.

Fast forward to a week later I met this girl on a night out. She asked if I did coke. To sound cool, I lied saying ' yeah all the time.' I bought a gram of cocaine off her boyfriend. I shoved it in my purse, putting it in a small hidden zip in my clutch. Too afraid to take a bump I waited until I got home. I carefully laid out a neat line, rolled up a note and did my first line of cocaine.

I collapsed onto my bed, staring at the ceiling, allowing the effects to take hold. I immediately forgot all my worries - school, work, the assault, my crippling self-esteem and doubt. Little did I know that this little cloud I was lying on would soon vanish and I would be thrown into a nightmare. From that moment on, I decided that if I had to live in this world, I would at least make it an enjoyable time. 'YOLO' became my mantra.

Shortly after, I began taking coke on Saturday nights when I went out. The very next day, the comedown was horrible. It amplified all the emotions I was trying to run away from. My solution? Take more coke. So I took it on Sundays as well.

I got through my work week by focusing on what the weekend had in store. Pretty quickly I was using all through the weekend. This period lasted for about two months. This little habit of mine was starting to get expensive. My solution was to find other drugs that were less expensive and lasted longer.

After researching drugs that popped up on the market, I discovered other drugs that had similar effect to cocaine with half the price tag. Even with the cheaper price, I was quickly dwindling away all my savings I had accumulated over the months in an effort to move to Canada. I didn’t care. My love for cocaine was stronger than my hopes and dreams.

Days creeping into the next

It was the middle of March, four months since my drug use had started. One day ended up creeping into another. I used cocaine from Friday to Sunday, other drugs on Monday and Tuesday to give me a lift in order to get to work, something different on Wednesday to help with the comedown and then some cocaine if I was feeling fancy on a Thursday. I wasn't able to function throughout the day without a drug in my system. At this stage my eating disorder had come back in full throttle. I wasn't eating during the day and I got my daily calories from the eight drinks I had a night.

One night, my mother caught me with crushed up “ephedrine”. I told her I would stop, but I had no intention of stopping. I just got better at hiding it. She forced me to go to Narcotics Anonymous or I would have to move out. I agreed. Sitting outside the community centre, with so many cravings, I walked inside my first NA meeting. I was physically there but not mentally present. I witnessed people laughing in the meeting. I couldn't imagine laughing without the help of drugs or alcohol. I wasn't ready to get clean. I couldn't imagine a life of sobriety, but I tried to do it for my mother. I put the drinks and drugs down, began eating again and before I knew it, I was two stone heavier, recovering from bulimia and drug free. The drinking aspect was still a little rusty with me.

Shortly after, I went on a holiday with my mother to Italy where I was sexually assaulted on the beach. For two weeks I went into shock. I couldn't believe what had happened and this just further confirmed my view that life was not worth living without drugs. After draining my bank account, I stuck with speed, drinking and my prescription pain pills I used for fibromyalgia. Two tablets kept the pain at bay, but eight lifted me up into complete bliss and eradicated my ability to think.

For the next two months I went on a bender, confused about the assault, upset and mad at myself about my weight gain and frustrated with where my life was going. Drugs gave me an outlet. One night three months ago, I overdosed on speed and went into psychosis. I talked about this in my previous article. Waking up the next morning I had no recollection of the night before. I finally knew, I was addicted.

Addiction can happen to anyone

Addiction can happen to anyone. It doesn't favour anybody and it slowly creeps up on you in ways you cannot imagine. My addiction manifested in three different areas in my life. First it was the food, then came the drugs and alcohol. Addiction can slowly start from recreational use, weekend use and then to daily use in the blink of an eye. I do believe everything happens for a reason. I don’t regret anything that I’ve experienced in this life because becoming clean has allowed me to become the strong lady I am today. The journey was worth it.

If you believe you are struggling with an addiction there are so many great programs you can go to. Narcotics and Alcoholics Anonymous, Addiction counselling by the HSE, rehab facilities and addiction workshops. As I am beginning my journey into a sober life, I have learned that you are not alone. Help will always be there for you, when you are ready.

Share this article -
Published Octo­ber 31st, 2019
Tags opinion drugs cocaine sexual assault addiction
Can this be improved? Contact editor@spunout.ie if you have any suggestions for this article.

What to do if you are dependent on drugs
How to help a friend in a drug emergency
What effect do drugs have on mental health?