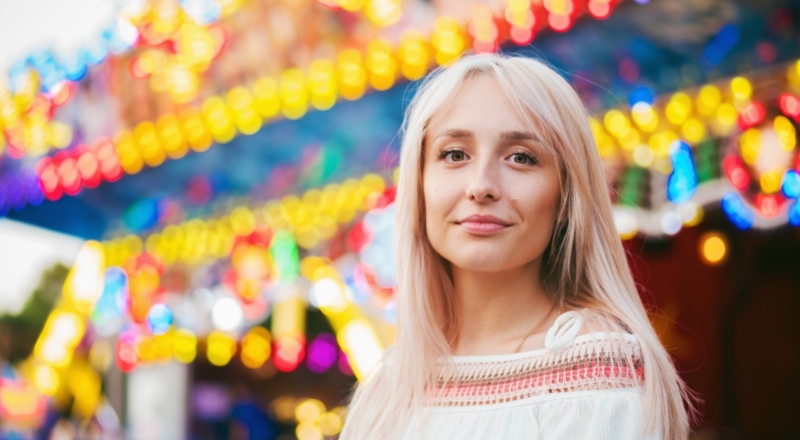 Getting support and treatment for my OCD

Growing up with Obsessive Compulsive Disorder was difficult for this reader, but treatment has made a positive difference

Around the age of 12 is when I first noticed that I was struggling. I would cry a lot and was never sure why. It was always dismissed as “hormones” and “growing up” which I accepted but in the back of mind I always thought “why aren’t my friends’ hormones the same as mine? Why am I always so sad and anxious?”

Anxiety and my rituals

I was always an anxious child and had little superstitious rituals that I would feel the need to complete. To me it made no sense why I did these rituals, but I had been doing them for as long as I remember, so I never really questioned it. It wasn’t until I was around fourteen that I began to question this way of living. It wasn’t just one or two little rituals that I would complete, and they began to become more and more frequent. Rituals for me are when an anxious thought comes into my head and begins to overwhelm me. To combat this (or in my head, to undo the anxious thought) I would take something as simple as walking in a door and have to keep repeating it until I felt that the anxious thought had been undone. These repetitive activities, which I used to convince myself that the anxious thought was being undone, are my rituals or compulsions.

The first recognition of these from someone else was when my older sister would hear me in my bedroom turning on and off my bedroom light, as well as opening and closing my drawers repeatedly. My sister noticed these rituals became more and more regular and intense. When she came to me about this, we came to the conclusion that I might have Obsessive Compulsive Disorder (OCD) and told my parents that we think I need help.

My parents got me an appointment with the Child and Adolescent Mental Health Service (CAMHS) and that is where all my therapy began.

Throughout my life I developed a fear that took over everything I did or thought about. The fear began with little things like switching light switches on and off numerous times but then it got worse. I took this thought that I feared into almost every aspect of my life until it took over it all. It would take me up to four hours to put on my clothes in the mornings as this fearful thought kept coming into my head and I would keep trying to undo it while getting dressed. It also took me hours to shower and come inside doors. I would have to complete these rituals before I could get dressed or come through any doors. I would be consumed by it for most of the day, every day. It got worse as days went by.

I was seeing a psychologist and psychiatrist each week, but it was not enough help. My OCD was increasingly getting bad and my mood was getting lower. My rituals were taking longer to complete, and everything seemed to be getting more severe.

My doctor recommended I go into hospital for a few weeks to try to get more intense help. I ended up staying there for three months. I completed six subjects of my junior certificate in the hospital and though I should have been proud of that, it did not phase me as my OCD was still so severe that I couldn’t feel proud having such a burden weighing over me.

Although the therapy I was getting was great, looking back now I feel that I was too young (and stubborn) to accept the help I was given. I still felt that it wasn’t enough. I eventually showed signs of improvement and I was discharged at the start of the summer. I quickly relapsed once I got out and was sent to a day hospital, where I would attend for a few days a week and then attend my school for the other days in that week. This day programme wasn’t intense enough, so they sent me back into hospital for another three months. I improved and was discharged again. I was determined to never go back to hospital.

Trying to manage my OCD

From then on, I was living day to day hoping I would have more good days than bad. This way of living began to take its toll on me. Suppressing the intense anxious thoughts and the rituals combined eventually started to have a major effect on my mood. I later learned that trying to suppress your thoughts is not advised as it’s not really possible for anyone to suppress thoughts and can be exhausting to try.

At the age of 18 my OCD had reached its peak. Daily tasks were too much to complete and by the time I hit the age of 20, I was avoiding almost everything. I didn’t go into college, I would often have to ring in sick to my job and a lot of the time I struggled to get out of bed. It felt like everything I learned in the hospital had failed and I just didn’t feel strong enough to continue this way.

In-patient treatment as an adult

With help from my loved ones, I made the decision to go into hospital as an adult and try to fight this OCD with everything I had. I went into St Patrick's University Hospital for a nine-week programme as an inpatient. At this time, the COVID-19 pandemic was also at its peak which made it a lot harder for me. I was not able to see family or friends and services around the hospital were all closed. It was a very lonely time but also a particularly important time for me.

I began to relearn all the techniques I was taught when I was younger, along with a lot of new ones. Over the last few years, great progress has been made in the treatment of OCD which is helpful to know. As I come to my discharge date, I can finally say and genuinely believe that I have made huge improvements and I am finally starting to feel like myself again. I strongly encourage anybody who is struggling with any mental illness, not just OCD, to seek help. I thought that I would never improve or come close to overcoming this anxiety. I felt hopeless. I can strongly say that going back into hospital at a mature age and with the support from people around me, I have turned a corner that I never thought I would turn.

Thank you for taking the time to read my story. I do hope it encourages you to seek help or at the very least, has comforted you knowing that things can and will get better.

Share this article -
Published August 17th, 2020
Last updated Sep­tem­ber 18th, 2020
Can this be improved? Contact editor@spunout.ie if you have any suggestions for this article.

What is Obsessive Compulsive Disorder?
Why living with OCD is different to what's on social media
What is Cognitive Behavioural Therapy (CBT)?