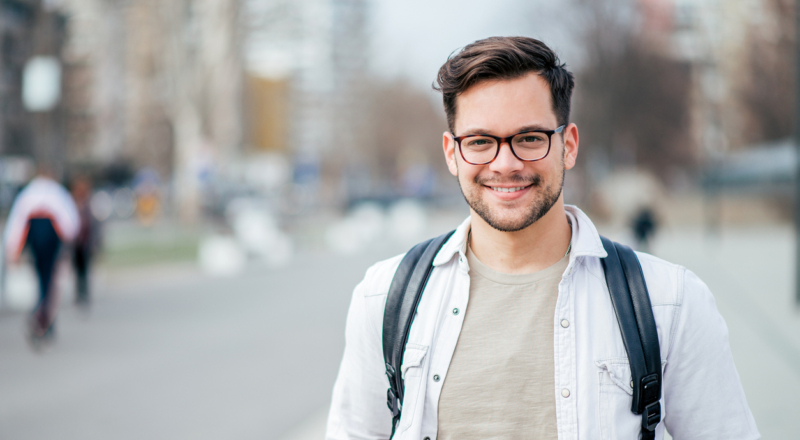 Why we need to change how we think about masculinity

Written by Macdara Burke and posted in opinion

When you hear the word ‘masculinity’ where does your mind immediately go to? For many of us, we think of the dictionary definition adjectives such as vigour, robustness, strength, drive and ambition. While there is absolutely nothing wrong with any of these qualities, I believe there is so much more to a man than this and that we need to show boys that if they move away from the rigid old fashioned idea of masculinity and let themselves be emotional, open and more honest with themselves, they can become much stronger, happier people and free themselves to thrive in life.

In the last decade, we have made enormous strides in levelling the playing field for everyone. That said, for us to fully realise the potential and benefits of recent movements such as MeToo, The Women’s March and the landmark Irish referenda passed in 2015 and 2018, we need to look at how boys are raised to become men and recognise that the narrow, outdated stereotype of masculinity hinders rather than helps men and everybody else around them.

The traits I associate with masculinity are calm, kindness, responsibility, determination, honesty, generosity, patience and tolerance. Young men need proper role models in life. These role models are most definitely out there already. We all know brilliant men - fathers, brothers, uncles, grandfathers, neighbours and friends that are all living, breathing examples of what great men are.

That said, it can be difficult to navigate some of the pitfalls, imaginary or real, when growing into your manhood and that is why I think we need to make a concerted effort to create a society that gives men permission to talk about being men and how they go about gaining and maintaining those positive traits.

Masculinity is quite a personal topic for me as it has been something I have struggled with through much of my adolescence and into my adulthood. For many years, I have questioned my own masculinity and wondered ‘What happened that made me different? Wouldn’t it have been so much easier if I had followed the traditional formula for an Irishman? Why can’tI be 'normal'?” I also didn’t understand how I could have such contrasting attitudes. I would switch from being completely devoid of self confidence one minute to stubbornly thinking “Well sure I don’t need to change, they can like it or lump it.” To be perfectly honest, living your life in that kind of fashion is exhausting.

My favourite things to do on this planet are: music, singing, cooking, drawing, running, swimming, cycling and a cheeky bit of dancing. Many of those activities are traditionally dominated by girls. Growing up, I always felt like I needed to provide people with a reason of why I liked these things. Although we’ve come a long way, I’m not fully convinced that attitudes have changed completely.

The first impressions people make, based on your size, the way you speak and hold yourself, can be very unforgiving. I really did have a horrific battle raging on in my head about my sexuality for a while in secondary school. It was hard to separate other’s perceptions about me from what I knew my own reality to be. I put a huge amount of stock on what my peers thought of me and felt powerless to change their impressions of me. In reality, the minuscule amount of thinking they did about me was nothing in comparison with the time I devoted to worrying about what they thought.

If I had diverted some of that precious energy into myself and my self-esteem, giving myself time to enjoy the skin I was in, I would’ve been much happier. Trying to build self-esteem on those kinds of foundations is next to impossible. It has only been in the last few years that I have recognised that I was putting my own self-reflective words into everybody else’s mouths. The worry and fear have always stayed in the background and I still consistently need to look after my headspace. This is never something that I would fix overnight. It really has caused me a huge amount of pain, anxiety and even terror – manifesting in panic-attacks and self-harm. I’m trying to build an arsenal of defences towards it. Between counselling, yoga, exercise, mindfulness and venting to my poor long-suffering friends, there’s a way forward and I intend to pursue it.

The thing that is impossible to accept about it all is that I know I’m not the only one who’s experienced this, however, in the thick of it you really feel that it’s you alone. For any other young lad out there, it's important to know that it’s not just you and a change will come someday, hopefully sooner rather than later. Some men are still stuck in their thinking and are still passing on this narrow version of masculinity to the next generation. If your version of masculinity isn’t very traditional, it feels as though – and I’m speaking for myself here, like an imaginary question mark floats above your head, almost like the green diamond above a Sims character.

Give yourself a breather, you really don’t have to berate yourself, morph your personality, change what you like to do (within reason obviously) for anybody. It is entirely up to you how you live your life. I hope this article goes someway to convince you that all that stuff that is revolving in your head at the moment is completely normal and necessary. Try if you can to not allow fear to block your growth. There has been an assumption that boys just figure out how to become men, but it’s not that simple and everybody needs to be taught. So let's teach young men that it’s ok to be somebody who is courageously vulnerable, completely honest, fiercely dependable, unfailingly kind and always faithfully himself.

Share this article -
Published August 30th, 2019
Last updated Octo­ber 27th, 2020
Tags opinion masculinity
Can this be improved? Contact editor@spunout.ie if you have any suggestions for this article.